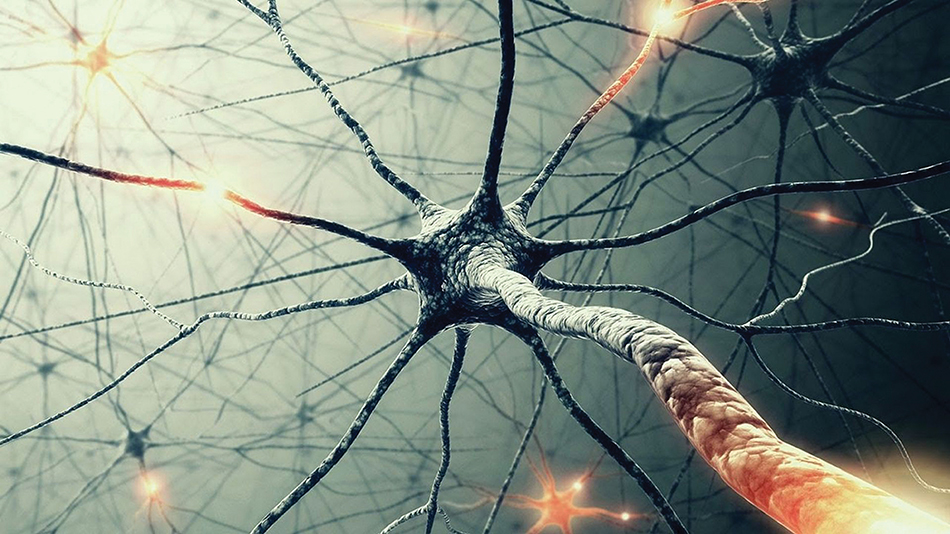 Many like to believe that sexiness is in the eyes of the beholder and is inextricably linked to cultural norms. But let’s face it – some people are sexy to most, men and women alike. What is it that makes a person instinctively attractive on a very basic animalistic level?

Based on the theory that when a human is looking to have sex with another human, the vast majority of their natural, inevitable intent is to propagate the human species. We’re not alone; animals are on the same mission (so are plants too, actually). Living organisms reproduce. That’s what they do. And in most cases – the species that do it the most, survive the longest.

This is not to say that life is simply about breeding, but rather an insight into what we might be intuitively looking for sexually in another human – aware of it or not – to keep the human species thriving and strong.

As a result of this innate desire to keep our species alive and flourishing, most sexually desirable aspects of a human are in one way or another linked to the best genetic match for them – in terms of fertility, resistance to disease, and strong genes that will allow for optimum performing humans.

Throughout the evolutionary process, our bodies and brains have become tuned to spot these genetic traits through physical features in the face and body. For instance, clear, smooth skin shows signs of health, particularly in the faces of women. We’ve heard it numerous times; symmetrical faces are “beautiful”, mostly because they also look younger and healthier. Some research indicates that a symmetrical face is an indicator of genetics. In women, hip width and breast size are important factors in fertility, childbirth, and rearing, which definitely indicates an evolutionary connection.

A youthful look is attractive because fertility drops as we age, and evolutionarily speaking, humans wouldn’t want to mate with someone who can’t bear their children.

Body fat percentage is an indication of how well an immune system works. As a result, a BMI (Body Mass Index) of 20.85 has been determined as the most attractive weight for a woman, while the perfect man should also have body fat of around 12%.

While humans don’t have pheromones (chemical attractants secreted by animals to find mates), smell does play a role in how attracted we are to someone. Studies have found that we can find our immune system match (whose genes complement ours, leading to healthier babies) by their smell.

In recent years, scientists have discovered that there is a link between finger length and the levels of testosterone that a man was exposed to while still in the womb. The longer the ring finger is in comparison with the index finger, the more testosterone was present. A study at Oxford University discovered that in these cases, the men were more likely to be more promiscuous. Not great for long-term stability and fidelity, but still
good propagators… and perhaps inexplicably sexy.

It’s hard to tell how many women in the world are natural blondes (we can’t compare Scandinavia to Europe), but it’s estimated that 80% of British blondes die their hair. The penchant for women to become blonde has stumped scientists, including Darwin, who was unable to find the answer to this, even after many decades of trying.

According to Peter Frost of St Andrews University, “The usual pattern of too many males and too few females was reversed among ancestral Europeans. Men were exposed to a higher risk of hunting mortality while limiting their ability to provide for more than one wife. With fewer men, women had to compete for a limited supply of potential husbands. It may be that bright colours stimulate sexual attraction in the brain. When an individual is faced with potential mates of equal value, he or she will tend to select the one that stands out from the crowd.”

Another compelling reason for the preference of blondes over brunettes was put forth by Dr V.S. Ramachandran, head of the Centre for Brain and Cognition, University of California: “I suggest that gentlemen prefer blondes in order to enable them to detect the early signs of parasitic infestation [disease] and ageing – both of which indirectly reduce fertility and offspring viability.”

It’s definitely worth considering that while we may carry an evolutionary instinct, progression must have kept our instincts up with the times. The aforementioned descriptions are all based on physical survival; all extremely relevant to the time when humans needed physical strength
to survive. We needed to outrun our prey, live through harsh conditions, and have a powerful immune system when disease was rife.

Nowadays, survival in developed countries is not necessarily physical. It’s largely about monetary survival. You make money, you can pay rent and eat. You make more money, you can buy a bigger house and eat better, allowing your offspring sounder shelter, feeding them more nutrients.

As a result, the brain power to earn a higher income plays a huge role in the sexiness of a human.

But how to detect intellect? According to researchers, psychologists and scientists, personal beliefs and physical appearance can indicate intelligence.

Everyone knows males are tempted to sleep around; it’s biologically ingrained in them to “spread their seeds”.

However, according to a study by CNN, those men who resist the urge and are committed to one sexual partner are actually smarter. The basis of this thought is that they’re thinking and acting out against historical human ways, which is a sign of intelligence. CNN wrote, “The same is not true of females; being monogamous does not deem them more intelligent because having one partner has always been advantageous to women, even thousands of years ago, meaning exclusivity is not a ‘new’ preference”. In the same study, it was also found that people who have liberal political views have higher IQs.

The reasoning is that liberal beliefs go against humans’ evolutionary beliefs. In other words, being liberal would not have benefited our ancestors.

CNN quoted George Washington University leadership professor James Bailey: “The adoption of some evolutionarily novel ideas makes some sense in terms of moving the species forward. It also makes perfect sense that more intelligent people – people with, sort of, more intellectual firepower – are likely to be the ones to do that.

“These preferences may stem from a desire to show superiority or elitism, which also has to do with IQ. In fact, aligning oneself with ‘unconventional’ philosophies such as liberalism or atheism may be ways to communicate to everyone that you’re pretty smart,” CNN wrote.

According to Psychology Today, surprisingly people who use more psychoactive drugs are more intelligent. “Intelligent people don’t always do the right thing,” they write, “only the evolutionarily novel thing.” 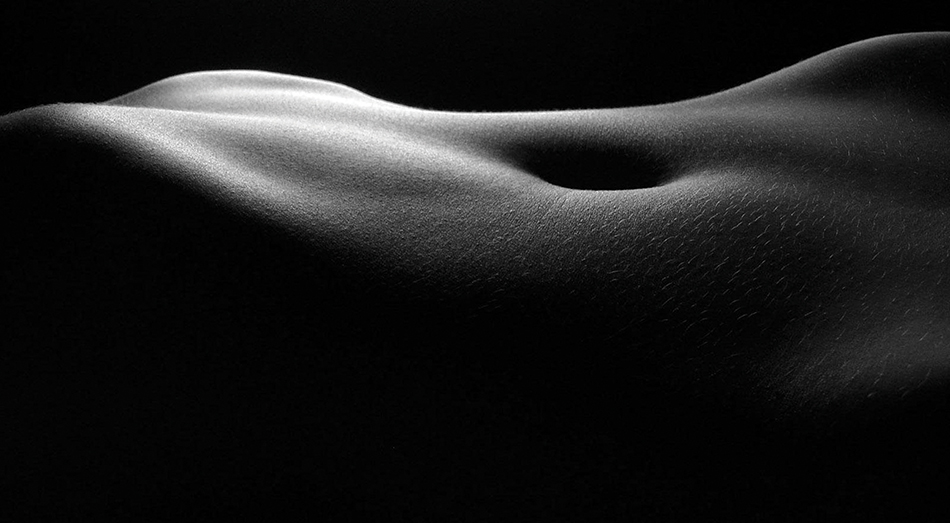 According to a study conducted by National Child Development, “more intelligent children in the UK are more likely to grow up to consume psychoactive drugs than less intelligent children.”“Very bright individuals (with IQs above 125) are roughly three-tenths of a standard deviation more likely to consume psychoactive drugs than very dull individuals,” wrote Psychology Today. They ran the same study in the US and found similar results.

On the other hand, the DailyMail reported that young people who smoke regularly are likely to have markedly lower intelligence levels than those who do not smoke, and, according to the study of 20,000 young adults, the heavier the smoker, the lower the IQ.

“Those who smoke a pack or more of cigarettes a day averaged an IQ seven and a half points lower than that of those who do not smoke… Those who smoked more than a pack a day had particularly low IQs of around 90.”

The New York Times wrote about a landmark study published in 2007 in which it was found that oldest siblings are usually smarter, but it’s not because of genetics. The findings showed that eldest children had a slight but significant edge in IQ – an average of three points over the closest sibling. It found that the difference was not because of biological factors, but the psychological interplay between the parents and children.

Being tall has been a heavily debated trait of smarter individuals, with studies that confirm the speculation.

A Princeton study found, “As early as age 3 – before schooling has had a chance to play a role – and throughout childhood, taller children perform significantly better on cognitive tests”. This suggests that the intelligence is nature, not nurture, although they couldn’t explain the tall gene phenomenon.

Studies have shown that light-eyed people are more intelligent than dark, although dark-eyed individuals have a different set of strengths.

Obesity seems to have a negative effect on IQ’s over time. The Telegraph reported one study’s findings based on a series of memory tests:

“The new five-year study of more than 2,200 adults claims to have found a link between obesity and the decline in a person’s cognitive function. The research, conducted by French scientists, involved men and women aged between 32 and 62 taking four mental ability tests that were then repeated five years later.

“The researchers found that people with a Body Mass Index of 20 or less could recall 56% of words in a vocabulary test, while those who were obese, with a BMI of 30 or higher, could remember only 44%.

“The fatter subjects also showed a higher rate of cognitive decline when they were retested five years later: their recall dropped to 37.5%, whereas those with a healthy weight retained their level of recall.”

So ultimately, according to the aforementioned studies, tests and research, the ultimate sex bomb of the 21st century is a tall, slim, light-eyed, non-smoking, drug-taking, first-born, loyal liberal. Surprisingly easy to find!