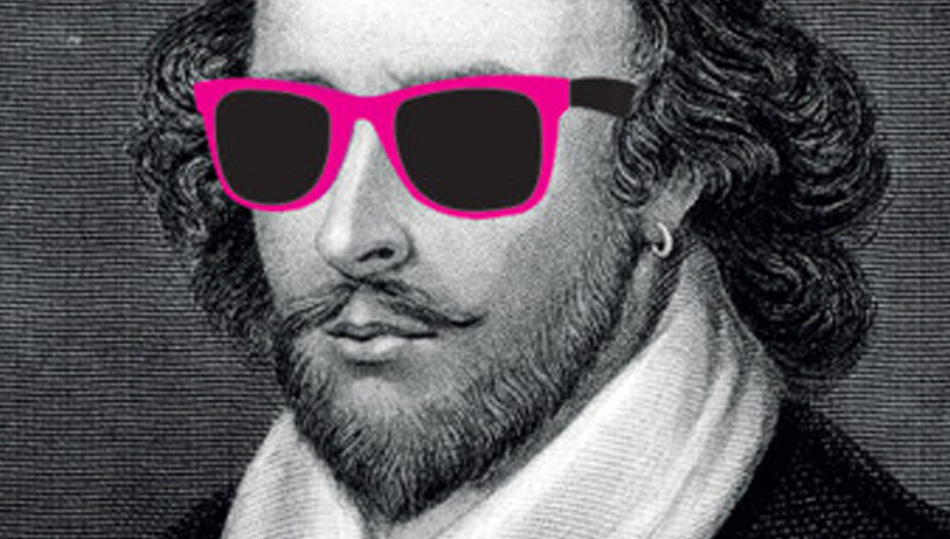 Do we ever stop to examine why we humans need to use this form of lewd vulgarity?

Profanity is, in fact, a deliciously rich and fascinating topic and the string of swear words that stream out of our cursing mouths tend to fall into very distinct categories: sexual references (f**k), profane or blasphemous (g*dd****t!), excremental or disgusting (s**t), ethnic/racial/gender related (f*g), ancestral insinuations (b*****d) and good old-fashioned offensive slang. Taboo words can range from mildly to indecently offensive, and a curious little behavioural quirk is that people tend to choose a gentler euphemism to replace a swear word as a safe option in mixed or unknown company.

From last year’s public outrage with Jonathan Ross and Russell Brand’s “effing and blinding” on daytime TV to Tony Soprano’s F-bomb extravaganza, it’s enough to make a foul-mouthed sailor blush. So, ultimately, is all this profanity contributing to a general decline in civilised public behaviour and a corrosion of our moral values?

Before reaching a verdict, we should perhaps burrow deep into our long and colourful history of verbal lewdness. It is an undisputed fact that swearing has been around since, well, forever. Graffiti explicit enough to shock even the most indelicate sensibilities has been scribbled on walls and street corners, not in London or New York City, but in Rome – two thousand years ago. The opening chapter of the Holy Bible insists that God himself demands again and again that his followers swear by him and him alone. This is one command that I do fear has been taken far too literally over the centuries.

The taboo words and phrases of yesteryear were heavily used by novelists, playwrights and comedians for dramatic, libertarian or insulting effect. The phrase “her mewling quim” in the 2012 box-office hit The Avengers – which merely means “her whimpering vagina” – would have drawn lurid gasps and bouts of fainting in19th-century London theatres.

William Shakespeare, however, seems to have truly mastered the art of genteel swearing by discarding the everyday variety and soliciting a more creative thread of obscenity. His scripts are laced with discreet profanities that only become apparent after weeding though the euphemisms and sifting through the language. Shakespeare’s cursing is endlessly inventive, referring to seemingly innocent objects, such as canker-blossoms and clot poles. It would take a solid working knowledge of archaic British profanity to realise that he is, in fact, referring to genital warts and men who are too stupid to know how to use their peckers. The expression “fishmonger” to interpret “pimp” requires a bit more thought to fully grasp its rather witty connotation and the title of the play Much Ado About Nothing is, in fact, a play on the word ‘O-Thing’, being a clear reference to a lady’s private parts.

The infamously long Shakespearean swear in King Lear is a mouthful to even the most refined of cursers: “A knave, a rascal, an eater of broken meats, a base, proud, shallow, beggarly, three-suited, action-taking, whoreson glass-gazing, super-serviceable, finical rogue; one-trunk-inheriting slave; one that wouldst be a bawd in way of good service, and art nothing but the composition of a knave, beggar, coward, pander, and the son and heir of a mongrel bitch, one whom I will beat into clamorous whining if thou deniest the least syllable of thy addition.”

Once mastered, however, it is most satisfying to unleash onto the next person who steals your parking space or cuts in front of you at the grocer.

Back to the modern day, we pay homage to our universally loved Urban Dictionary, where the art of street slang and swearing are in constant reinvention. It contains thousands of words and phrases that were unknown a decade ago, born from technology, social networking, cultural diversity and pure street wisdom. Their website claims it to be “the dictionary you wrote,” encouraging people to define their own world with a language that is not bound by tradition and can be created out of their own perception of reality.

Scientists claim that swearing is a peephole into the architecture of our brains, holding a strong link between our intellectual, logical instincts and the more neural animalistic urges that fuel our emotions. The unique way in which swearing is expressed helps us relieve anger, frustration and sadness in a way that no other words can. The memory of swear words persists even during the final stages of dementia and Alzheimer’s, long after the rest of the vocabulary has gone.

The nagging voice of nostalgia longs to return to that gentler echo of bygone years, where one seldom heard a scandalous word and famous people weren’t foul-mouthed in public. Little House on the Prairie springs to mind at this exact moment. Interestingly, Kate Burridge, a professor of linguistics at Monash University in Melbourne, said: “People can feel very passionate about language, as though it were a cherished artefact that must be protected at all cost against the depravities of barbarians and lexical aliens.”

But the gritty truth of the matter is that swearing is intrinsic to our language and to what makes us human. It has always been there, whatever it may have been, and it always will be. So let’s keep tradition alive! Turn over for some Shakespearean beauties:

Here are 11 classics you can Use on your next victim, and their meanings:

1. Away you three-inch fool!

This is a vicious attack on a man’s confidence and in modern times it’d sound something like “Get out of my sight you chump with tiny penis!” If you’re looking to land a devastating blow, this is your brass knuckled fist.

2. I must tell you friendly in your ear, sell when you can, you are not for all markets.

How cold blooded would it be to tell a friend to settle for whatever they can get. This is the same as saying “No offense, but you should probably date anyone who is interested because you’re not exactly a catch.” Ouch.

3. You scullion. You rampallian. You fustilarian. I’ll tickle your catastrophe.

2014 adaptation: “You trick. You scallywag. You heffer. I’m going to laugh when you get the horrible karma you deserve in life.

4. Villain, I have done thy mother.

This is a straight to the point mom joke, and not so much a witticism as a “I f**ked your mum, deal with it” type statement.

Let’s face it – this is ten times better than our watered down, lazy “son of a b*tch.” With this phrase, you’re not just the son of a b*tch, you’re the heir of that b*tch. Also, that b*tch isn’t a regular b*tch, it’s a mongrel b*tch.

6. Away you moldy rogue, away!

This is like a quick “Scram, scumbag!” This brief statement has great potential if you’re looking to shoo away a pickup artist at the bar or a pesky Internet troll. It’s well under 140 characters, which makes for a perfect response to any obnoxious tweets sent your way.

7. I do desire we may be better strangers.

Basically this is saying “We don’t need to be friends and to be honest I’d rather we don’t interact at all, ever.” It’s a fairly blunt statement, but sometimes thou must keepest it real.

8. I wonder that you will still be talking. Nobody marks you.

Nowadays we would say “Are you seriously still talking? Feel free to stop because no one’s listening.” That’s fine, but the Shakespearean way sounds a lot better.

9. Thou art a boil. A plague sore, an embossed carbuncle in my corrupted blood.

A wordy way of saying, “You’re a leech.” You should drop this every time someone conveniently forgets their wallet when the bill arrives!

You know what this is hinting at – it’s like saying someone’s a few channels away from the deluxe package. A few episodes short of a season. A few letters short of a complete sentence.

11. Me thinks thou art a general offence, and every man should beat thee. I think thou wast created for men to breathe themselves upon you.

“You’re horrible and you deserve the worst.” This sounds like a retro version of what internet commentators say about Kanye West or Justin Bieber, but I think we should save this kind of verbal lashing for greatest offenders and worst enemies. Also, it’s super fun to say “methinks” so at the very least, consider adding that word to your vocabulary.