From ephemeral to lasting 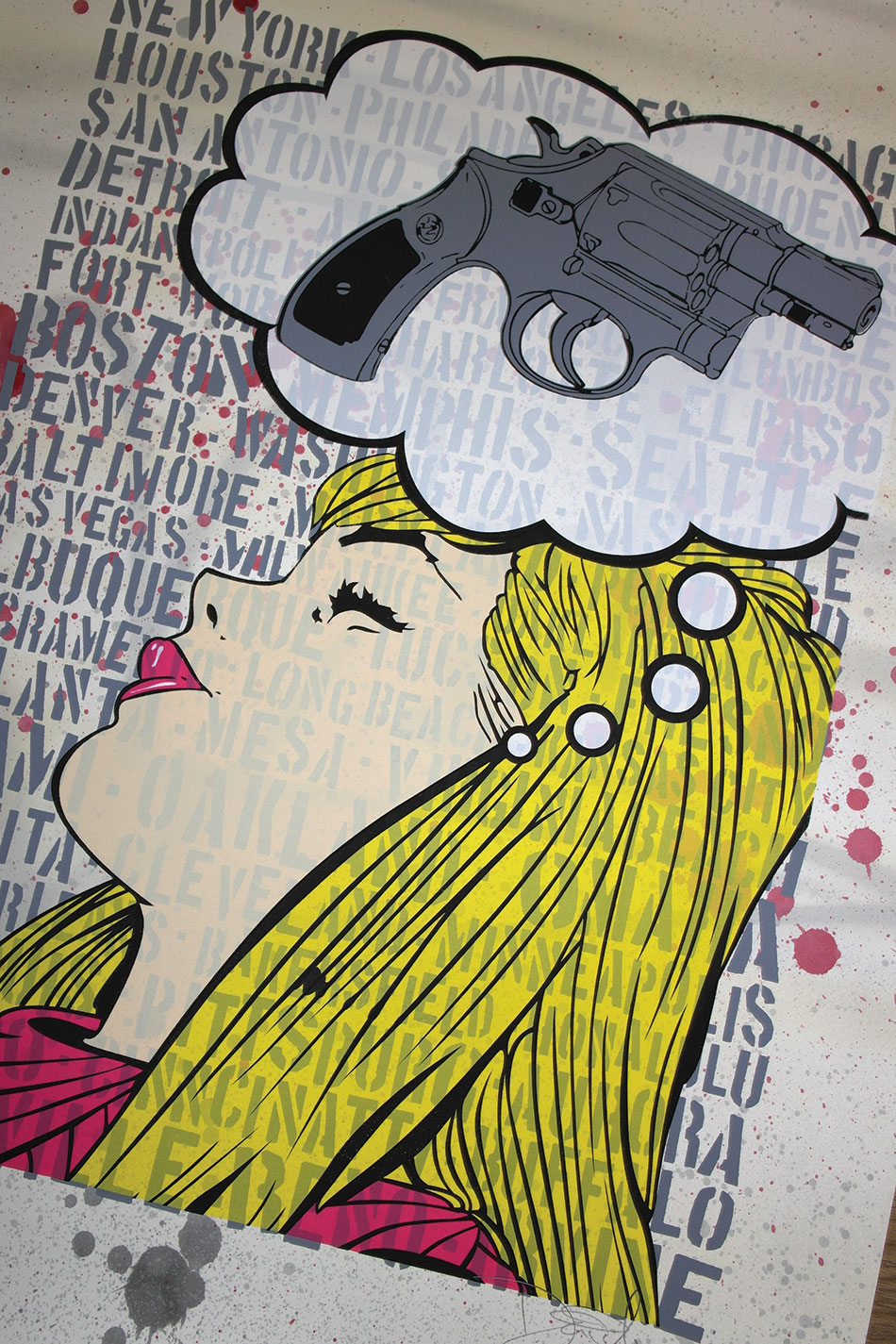 The term urban art gained its popularity in the late 20th century by the art establishment to describe art and artists who were originally involved in street and graffiti art. The term achieved further endorsement when major auction houses, such as Bonhams used it to categorise these types of works. The movement began life as an ephemeral art form disappearing as fast as it had appeared. Now many of the works that were created on the streets with spray-paint and stencils are being transferred to canvases and limited edition prints, completing its transition from an underground subculture to a mainstream art movement.

Urban artist collector Lee Stack says, ‘My obsession with urban art began in the early 2000’s while I was on holiday in New York. Whilst waiting outside a store in the heart of the big apple, I saw a fire hydrant like so many that you see in New York, but this one was different, with its painted eyes and pair of feet. This stood out to me; making a boring piece of everyday life into something visually pleasing that made me smile.

‘I then went into the store to find a table full of books about street art, and came across a book called ‘Wall and Piece’ by Banksy. I couldn’t put it down.

‘I was amazed at what I saw. It was graffiti, but how I’d never seen it before. The book was full of witty and clever street art, painted on walls, road signs and virtually anything on the street. Each piece had its own meaning and message to give, even if it was highly controversial. A lot of the art in the book was in London, and being a Londoner myself I recognised a lot of the places and locations, wondering why I had never seen them before.

‘I then endeavoured to find out everything I could about street art. I soon realised that the reason I had not seen any art like this before was that the councils would usually remove or paint over them as soon as they were created. Even though it’s unique, witty and visually pleasing, this type of art was still classed as graffiti.

‘After researching and finding out more, I noticed there was quite a strong street art scene, with artists doing the same thing, yet in their own unique styles. The stencil process itself really impressed me, as the artists would make these beforehand in order to be as quick as possible throughout the night, yet creating accurate, clear-cut images.

‘So my collection began. I began collecting street art pieces that people had found or removed, and also buying limited edition prints of the artists. I also began visiting artists’ solo exhibitions and street art tours in London. At first, my collection consisted of only UK based artists, but after time I began looking further afield, coming across more and more different and unique artists. I collected any street art that I liked the look of.

“Even though it’s unique, witty and visually pleasing, this type of art was still classed
as graffiti.” 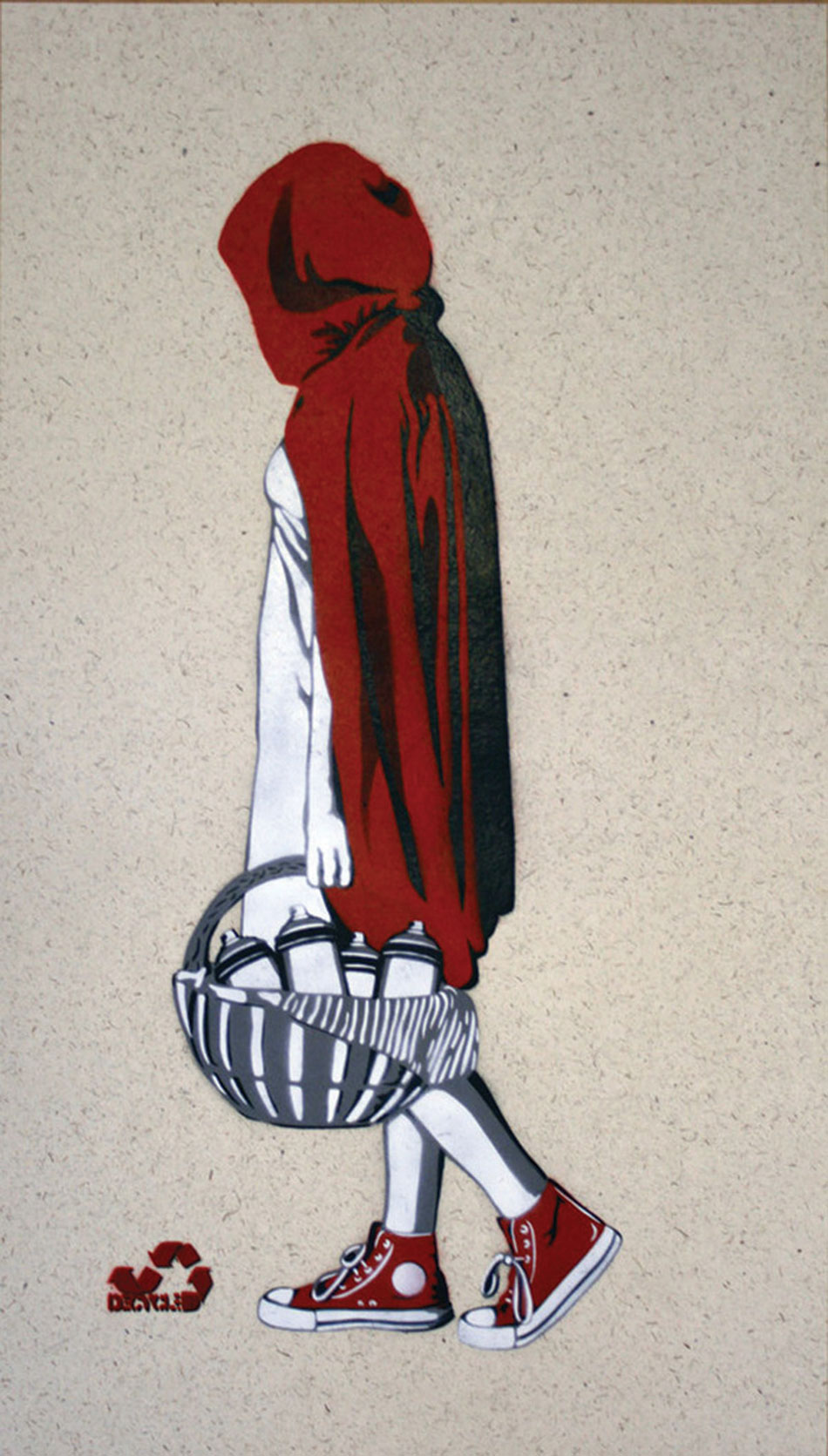 ‘In 2012 I was made redundant and needed to pay the bills so I put a few old pieces of my collection on an auction site. I was amazed at the prices they sold for and soon realised that street art was becoming very popular with the artists becoming a lot more commercial. The big names in the street art world were selling out at their solo exhibitions, and high-end celebrities were collecting their works, spending tens of thousands of pounds on unique pieces.

‘By this time, my obsession and collection had gotten a little out of control, and my spare room at home was full of tubes, canvases and other street art related pieces.

‘I had been coming to Malta on and off for about six years so I already knew that there were some great artists living on the island, and the Sliema Street Art Festival was gaining momentum.

‘After finally making the big move to Malta last year, I had no choice but to downsize, so I visited Malta’s art galleries to find urban/street art, but to no avail.

‘I figured perhaps it was just a case of it not being exposed enough, and as a result, decided to kill two birds with one stone.

‘I began a Facebook page called Malta’s Urban Art (MUA) so that I could sell part of my collection, and at the same time, so that people could see what urban art is all about. I have had some great interest and feedback on the page and I am always happy to answer any questions people may have.

‘Urban art still needs the recognition it deserves here in Malta. It was great when Christian Guemy (C215) came to Malta in October of last year, but a shame that his work was painted over. This is nothing new – this is how it was when street art first started; removed and painted over as quickly as it had appeared. It’s just a case of knowing the difference between urban art and the vandalism of property.

‘What I want to try and achieve now is to help make urban art as popular and as recognised here as it is elsewhere, and to also find talented local artists to give them a platform to showcase their work.

‘There are constantly new pieces going up on the page with framing options available. Sourcing of particular works and artists can also be acquired.’

So watch this space – and in the meantime, keep your eyes peeled to the urban art that’s around you. 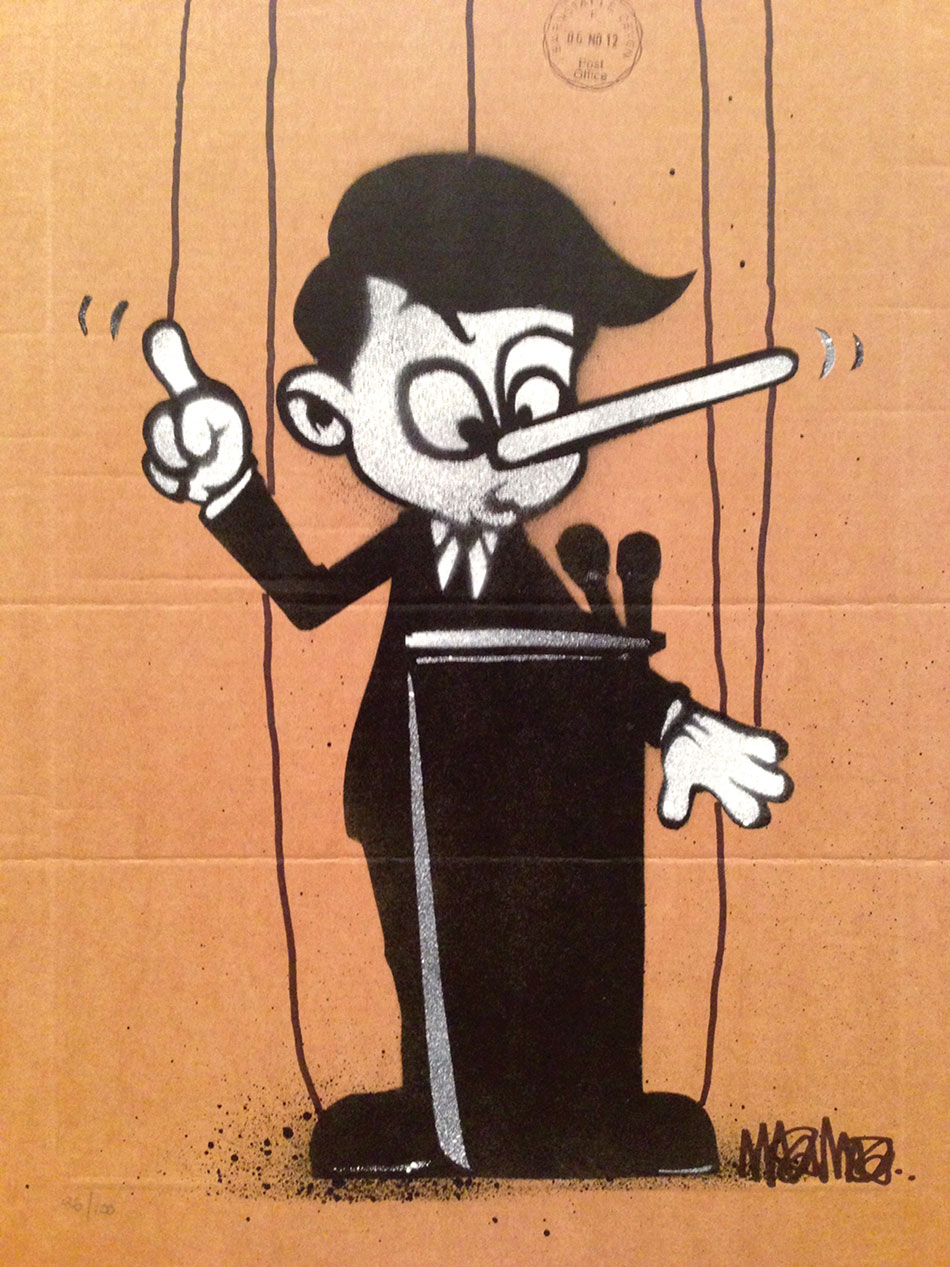 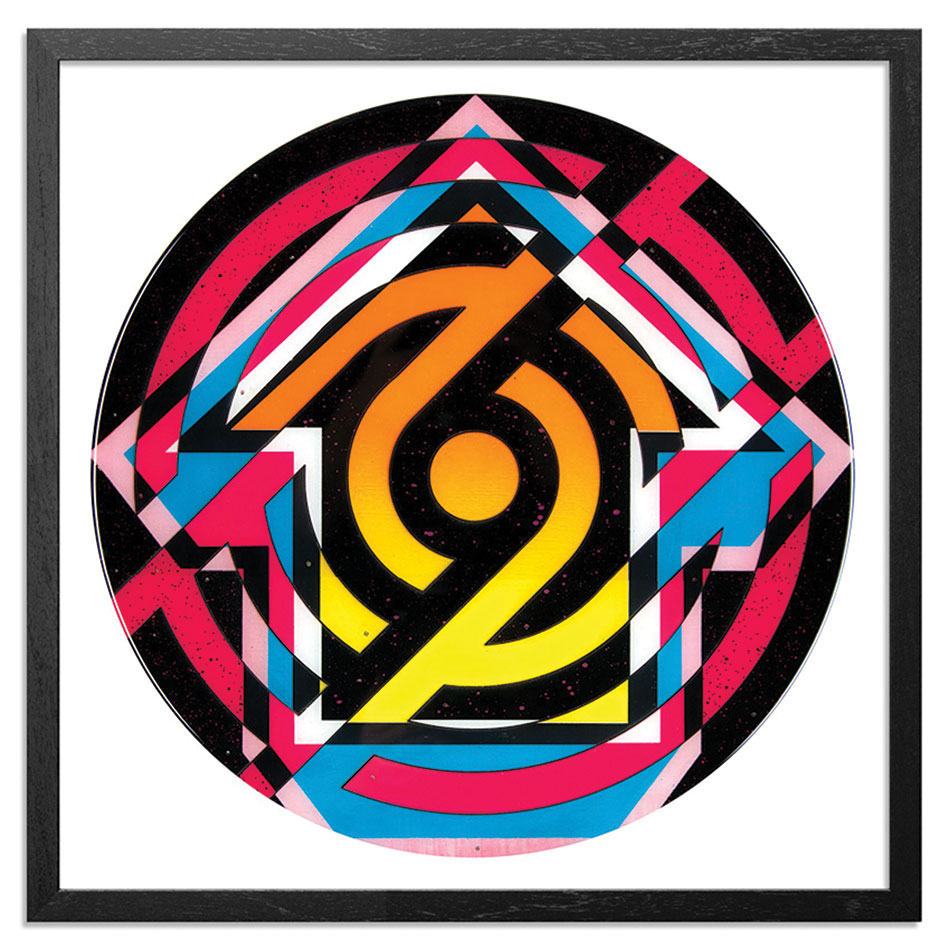 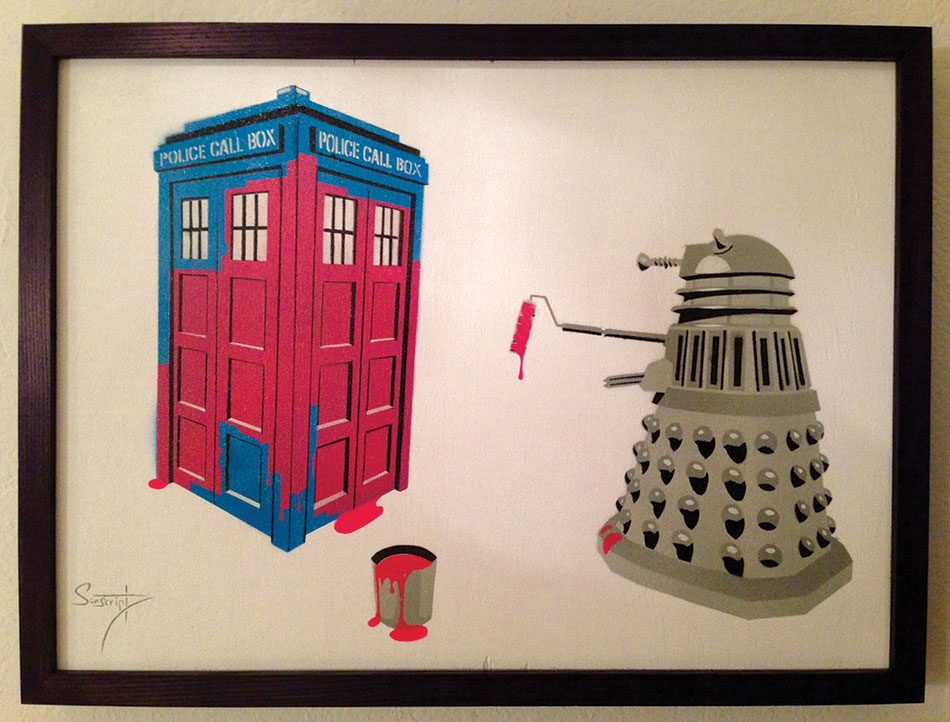 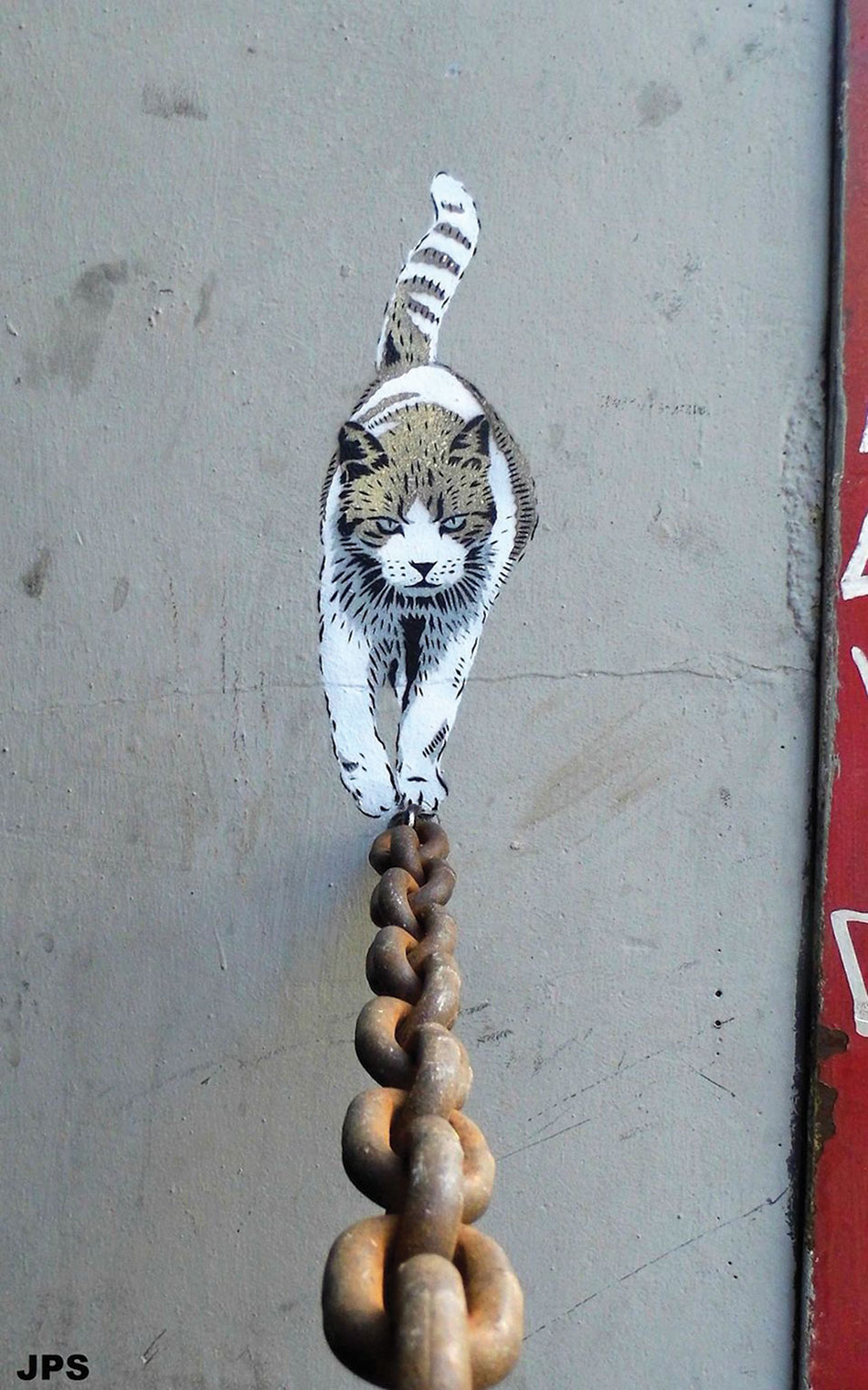 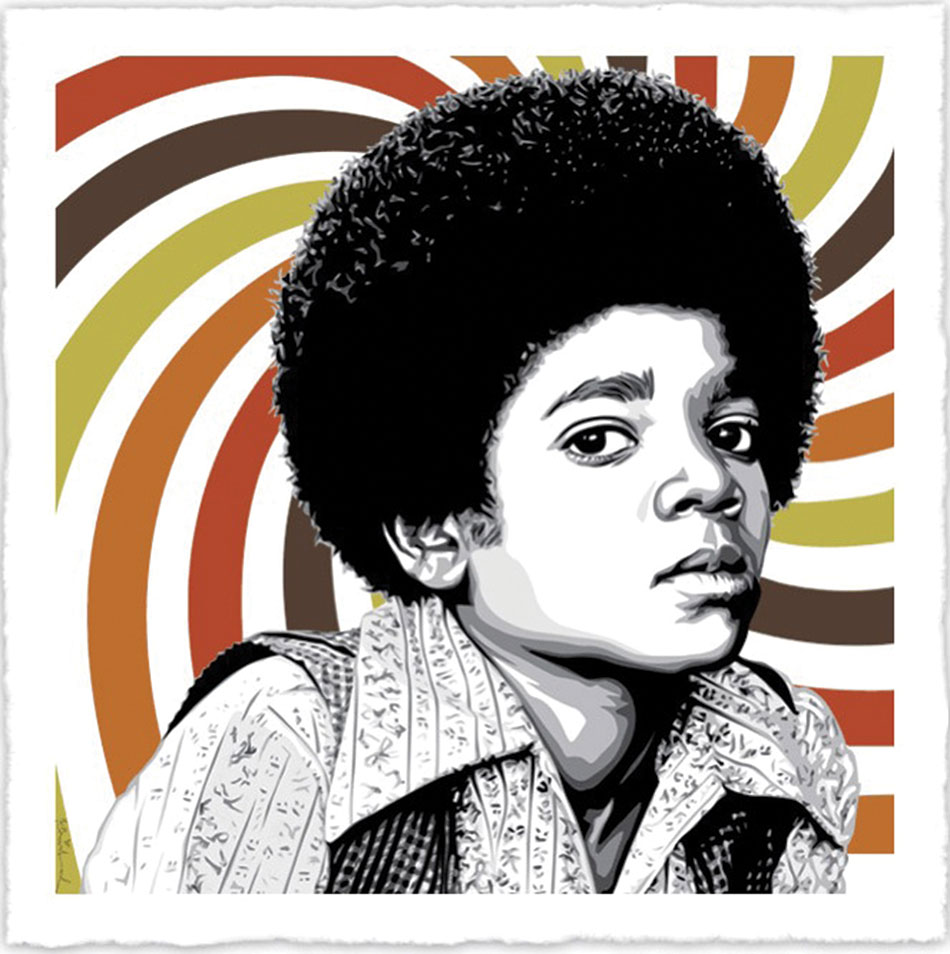