How old is your soul?

After a lifetime of research, Dr. Michael Newton thinks that he’s on to something 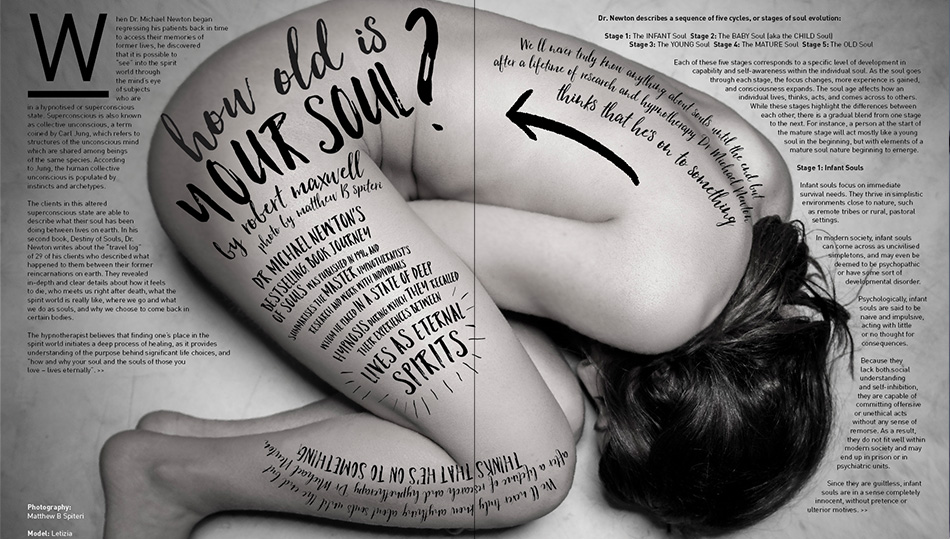 Dr. Michael Newton’s best-selling book, Journey of Souls was published in 1994 and summarises the Master Hypnotherapist’s research and work with individuals whom he placed in a state of deep hypnosis during which they recalled their experiences between lives as eternal spirits.

When Dr. Newton began regressing his patients back in time to access their memories of former lives, he discovered that it is possible to “see” into the spirit world through the mind’s eye of subjects who are in a hypnotised or superconscious state. Superconscious is also known as collective unconscious, a term coined by Carl Jung, which refers to structures of the unconscious mind which are shared among beings of the same species. According to Jung, the human collective unconscious is populated by instincts and archetypes.

The clients in this altered superconscious state are able to describe what their soul was doing between lives on earth. In his second book, Destiny of Souls, Dr. Newton writes about the “travel log” of 29 of his clients who described what happened to them between their former reincarnations on earth. They revealed in-depth and clear details about how it feels to die, who meets us right after death, what the spirit world is really like, where we go and what we do as souls, and why we choose to come back in certain bodies.

The hypnotherapist believes that finding one’s place in the spirit world initiates a deep process of healing, as it provides understanding of the purpose behind significant life choices, and “how and why your soul – and the souls of those you love – lives eternally”. 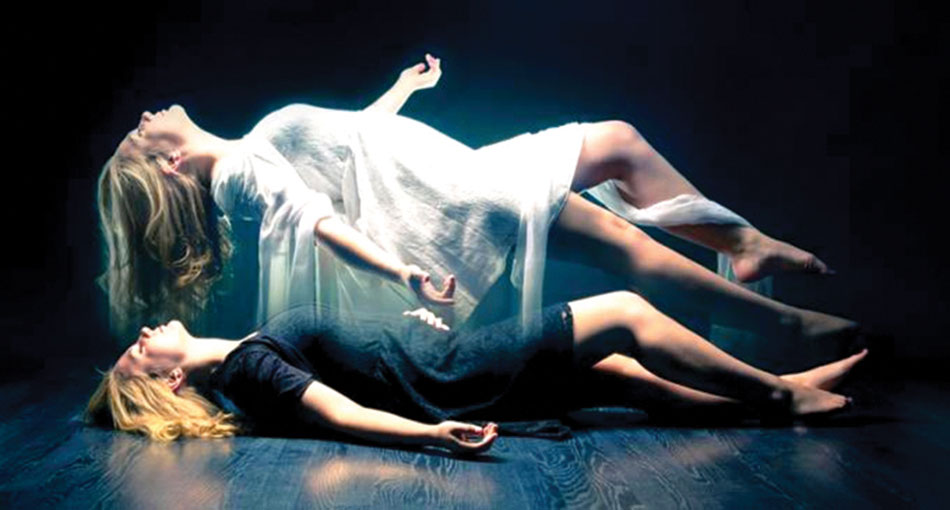 Dr. Newton describes a sequence of five cycles, or stages of soul evolution:

Each of these five corresponds to a specific level of development in capability and self-awareness within the individual soul. As the soul goes through each stage, the focus changes, more experience is gained, and consciousness expands. The soul age affects how an individual lives, thinks, acts, and comes across to others. While these stages highlight the differences between each other, there is a gradual blend from one stage to the next. For instance, a person at the start of the mature stage will act mostly like a young soul in the beginning, but with elements of a mature soul nature beginning to emerge.

Infant souls focus on immediate survival needs. They thrive in simplistic environments close to nature, such as remote tribes or rural, pastoral settings.

In modern society, they can come across as uncivilised simpletons, and may even be deemed to be psychopathic or have some sort of developmental disorder.

Psychologically, infant souls are said to be naive and impulsive, acting with little or no thought for consequences.

Because they lack both social understanding and self-inhibition, they are capable of committing offensive or unethical acts without any sense of remorse. As a result, they do not fit well within modern society and may end up in prison or in psychiatric units.

Since they are guiltless, infant souls are in a sense completely innocent, without pretence or ulterior motives.

Baby souls think a great deal about the rights and wrongs of their actions. Their focus is on safety, security, structure and rigid order. They prosper in communities that are highly principled and “civilised” (such as the Amish).

Baby souls can come across as highly conventional and conformist. Since their beliefs and actions are largely rule-bound, they are often ultra-conservative, traditionalist, religiously devout, and alert to law and order.

When baby souls give in to temptation and break the rules, they find themselves tortured with guilt and shame.

They are extremely aware of the morality of people’s actions, including their own, though they care little about the motives behind them, making them somewhat unempathetic.

Young souls tend to be extraverted, worldly, frenetically energetic, brash, competitive, political, ambitious and individualistic. The focus of this stage on thinking for oneself and asserting oneself as an individual.

Young souls tend to be more ego-driven than others, eager to make their mark in the world. They are generally attracted to some form of ego-driven success, such as fame, fortune, and power. These souls are more fearful of death than other stage souls, due to their drive to make a big impact on the world, to create symbolic immortality for themselves.

Young souls consider only their own opinions, with a certainty that their own perspective is the right perspective, and their way ahead is the best way. They are very aware of their own plan, but do not really question it.

Mature souls tend to be reflective, with an increasing understanding of self, growing empathy for others, and a want for genuineness in both. The focus is more about exploring right relationships rather than proving themselves.

The mature soul’s consciousness is no longer egocentric and is capable of accommodating multiple perspectives and different agendas. As a result, mature souls often feel a tension between “what I want” and “appreciating what you want,” or between the personal and the interpersonal, which can make life overwhelmingly complicated.

On the one hand, mature souls reject narrow-mindedness, yet they are also able to empathise with whoever holds the narrow-mindedness. As a result, these souls often experience contradiction because they don’t have fixed opinions; their perspectives are ever-shifting.

This lack of solid ground can be extremely stressful, yet at the same time, works as a catalyst to search for deeper meaning and self-understanding, whether through art, psychology, philosophy or spirituality, questioning everything.

Old souls exude evident depth, dignity or solemnity. Having moved beyond the tensions and growing pains of the mature soul, old souls hold a growing sense of inner peace and the freedom of enjoying being very much in the world, but not of it.

Old souls are sure of their own existence, inner strengths, and complete compassion for and understanding of others. They are unattached to social structures and cultural expectations.

On the other hand, finding themselves in a world that is so conflicted, chaotic, frantic, and superficial can be utterly depressing.

Old souls can come across as eccentric, as they tend to follow their own path in life in a detached way in order to find true self-expression and fulfilment.

Late-stage old souls consciously participate in the evolution of all-that-is, and often focus on teaching spiritual wisdom with great care and sensitivity.

What happens after death?

According to Dr. Michael Newton’s research, what happens after death calls for a whole new article. Don’t miss it in the next April issue of VAMP.