I’ve noticed two recurring themes in Western articles on Japan. On the one hand it’s a land of high technology... 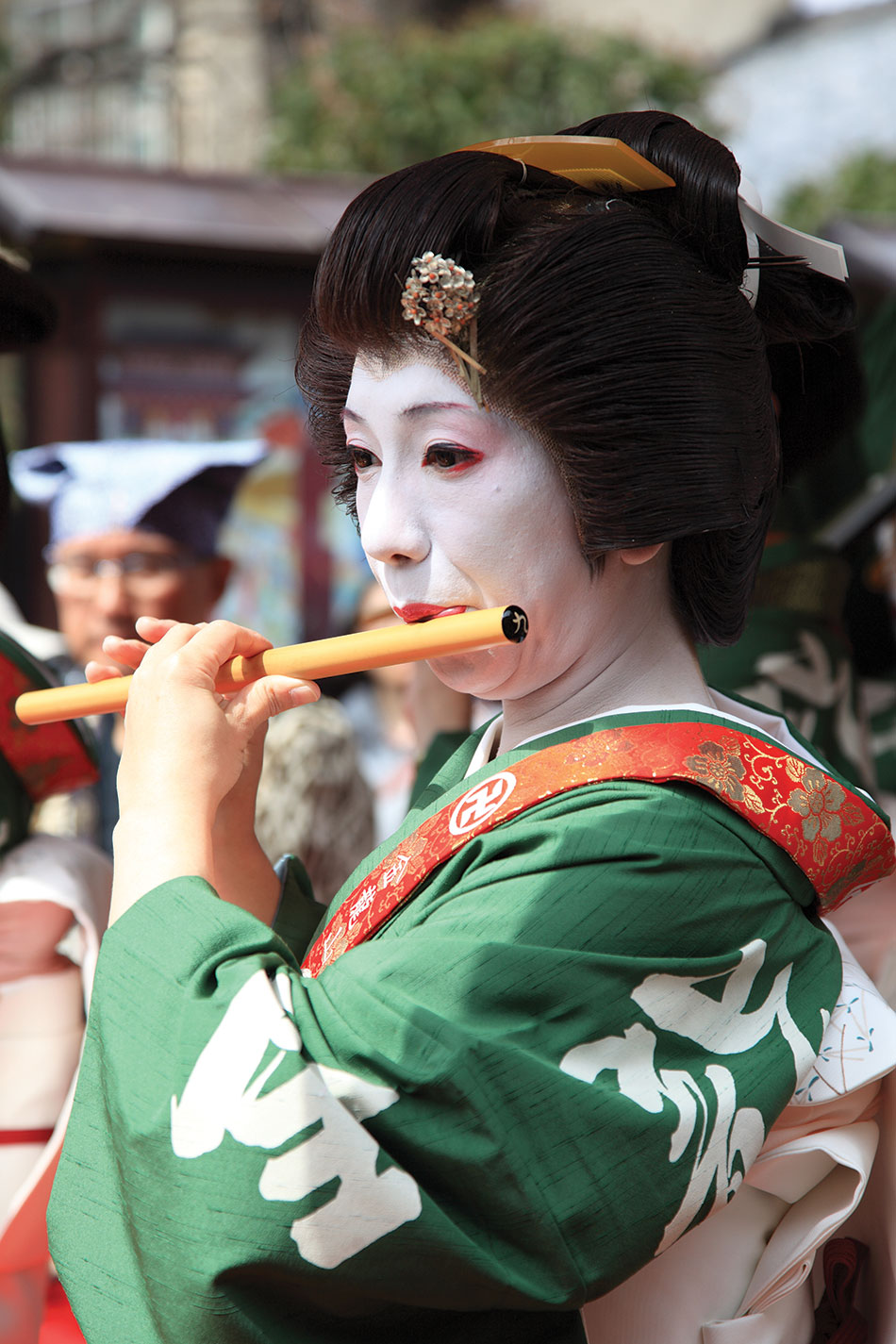 crazy fashion and weird sexual practices, and on the other it’s temples, cherry blossom and samurai.

I’ve noticed two recurring themes in Western articles on Japan. On the one hand it’s a land of high technology, crazy fashion and weird sexual practices, and on the other it’s temples, cherry blossom and samurai.

Perhaps it’s this contrast between dazzling futurism and exotic tradition that gives Japan its mystique as an almost alien place, where everything is different from home. However, whilst all of these things can indeed be found in Japan, they barely begin to scratch the surface of life here or reveal the intricacies of Japanese culture, one which I am still trying to understand and in some ways probably never will….

Any readers who have seen the film Lost in Translation already have a pretty good idea of how Japan can seem to the first-time visitor. There’s a seemingly never-ending stream of difference everywhere you look: strange food, cartoon characters everywhere, eerily silent trains. Then there are the customs: removing your shoes, sitting on the floor, using chopsticks. The language barrier is huge and it can feel like you’ve reverted to being a baby when you can suddenly read nothing around you. It’s a disorientating experience and on my first visit, six years ago, the thought of navigating the city alone was both daunting and exciting.

However, after moving here three years ago, that initial sense of shock slowly but surely gave way to a sense of almost unnerving ease. Learning some Japanese helped for sure, but then again I’ve also met foreigners who have lived in Japan for 10 years without picking up much more than the basics who feel the same way. There’s something about the lifestyle that sucks you in and makes the city an incredible place in which to live. In fact, once settled in, the thought of living anywhere else again can begin to feel like the real challenge!

One unexpected benefit of becoming a Tokyo-ite is that I’ve felt my stress levels literally drop since moving here. This is no doubt partly down to the convenience of living in a city where the trains almost unfailingly run on time and the corner stores are open 24 hours. However, it goes further. Within Japanese culture, it is considered rude to impose on others, making Tokyo an incredibly safe place. When I first arrived, I looked on in amazement at locals leaving their bag unattended while they used the bathroom or even using their mobile phone to claim a seat in a crowded café as they queued at the counter. Now I’m so used to it, I have to be reminded to keep an eye on my belongings when I’m back home! I’ve been able to cast off a low level of vigilance that I didn’t even realise I was carrying around with me previously.

Another thing you soon get spoiled by here is the high level of service. This is part of the same culture of respect, within a strict hierarchy that positions the customer, in the words of one well-known saying – kyakuu sama ha kami sama – not just always being right but literally being a god! It’s also though a reflection of the high level of pride that people tend to take in their work here. The attention to detail that people pay to each other extends more widely throughout the culture, including the way people see their work. The figure of the craftsman – or shokunin – is dear to the Japanese psyche and the idea of honing or perfecting a craft and taking pride in one’s work touches many professions, including even those that would surprise many back in the UK such as shop-keeping or cleaning.

This gives rise to another reason to love Tokyo: it’s almost impossible to find a bad restaurant here. Tokyo is famously the city with the highest number of Michelin-starred establishments but for most occasions one of the city’s almost endless number of cheaper B-Gourmet restaurants is more appropriate. For the traveller, there’s a vast array of Japanese fare to sample, from fresh sushi, to hot bowls of ramen noodles, delicately battered tempura to warming oden broth. More surprisingly, it’s also possible to eat delicious food from all over the world over here. When Japanese chefs develop an obsession – or kodawari – for something, they go to great lengths to perfect their art, meaning that the best Italian or French restaurants in Tokyo are a match for those available on the streets of Rome or Paris. It’s funny, however, how no one has thought of doing this for English food yet!

No matter how good the food, city living can get exhausting, which brings me to perhaps my favourite aspect of Tokyo: how easy it is to get out of the city and make the most of the beautiful surrounding countryside. Jump on a train and within in an hour or so it’s possible to hit the beach or set off on a mountain hike. Given Japan’s temperate climate, this also means the opportunity to go snowboarding in winter and surfing in summer, the best of both worlds for the active and all whilst living in one of the biggest cities in the world. Be warned, though,that you won’t be the only one escaping the concrete at the weekends, with outdoor pursuits popular amongst both the young and the old. In fact, even within the city people feel comparatively more alive to nature and the passing of the seasons, especially each spring, as the cherry blossom blooms and hanami – cherry blossom parties – abound.

With all this in mind, the decision to head back home to the UK has not been an easy one. While I look forward to being able to spend quality time with old friends and family, in many ways I’m not looking forward to relocating to London, where living feels like a grind after the relative comfort of Tokyo. So why am I leaving?

My main motivation is work. Without fluent written Japanese, opportunities here are limited. There are also subtler differences in the workplace that have only slowly dawned on me. The flipside to the benefits of Japan’s harmonious culture is that work can tend to about doing what has always been done or what has been requested by one’s superiors, rather than about thinking things through for oneself. In a culture in which confrontation is generally avoided, it can also be frustrating to see problems not being approached directly. Sometimes it feels as if issues that could be resolved with frank and honest discussion arejust swept under the carpet or allowed to drag on. The deference that is expected when dealing with clients can also undermine honest communication and great results.

As a foreigner, some of these issues are minimised somewhat, as there is less expectation that you will ‘play by the rules’. However, this also means that, to some extent, you will always be considered a gaikokujin – quite literally an ‘outsider’. This is not always a disadvantage, and in some ways the ‘outsider’ role is one that is valued in Japan. In fact, some companies are happy to have a foreign worker on board in order to shake things up, in the same way that people may enjoy having a foreign friend out of interest. In such an ordered and homogeneous country, however, it feels as if there is always something of a divide, and that crossing the line into more intimate aspects of Japanese life is somehow out of reach.

In fact, if there’s one cliché that has held true for me over the last three years of living in Japan, it’s that the country really can seem like a land of contradictions. It is very open to influence from the outside, whilst at the same time remaining deeply conservative and protective of its culture. In the end, it’s ironic that the same aspects that make Japan such a great place in which to live, can also give rise to its greatest frustrations. I head home, though, with a deep respect for the culture and an acknowledgment that even some of the aspects that I found challenging may actually contain more wisdom than our progress-driven western take on life. I’m already looking forward to my next visit but, even before then, I know that I’ll always carry my time here with me. Unlike time I’ve spent abroad in Europe, after three years immersed in a culture that really does see the world differently, I’ll be going back to the UK with new eyes and I know that things at home will never quite look the same again. 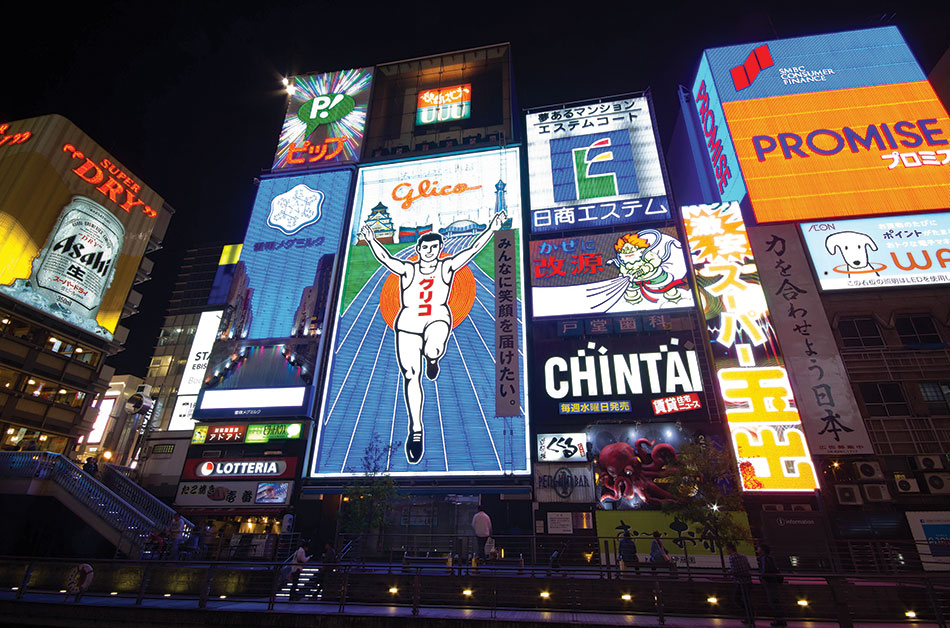 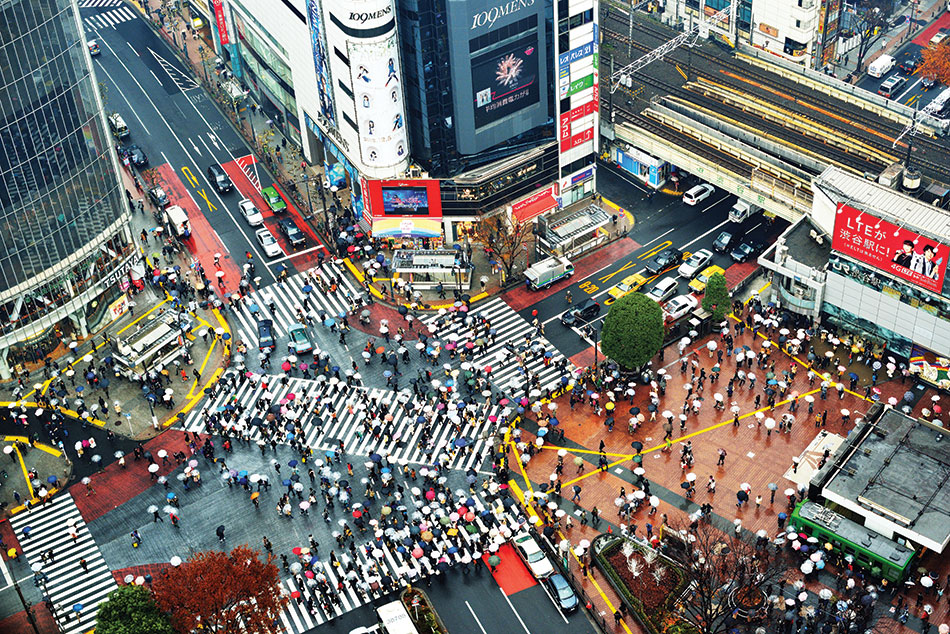 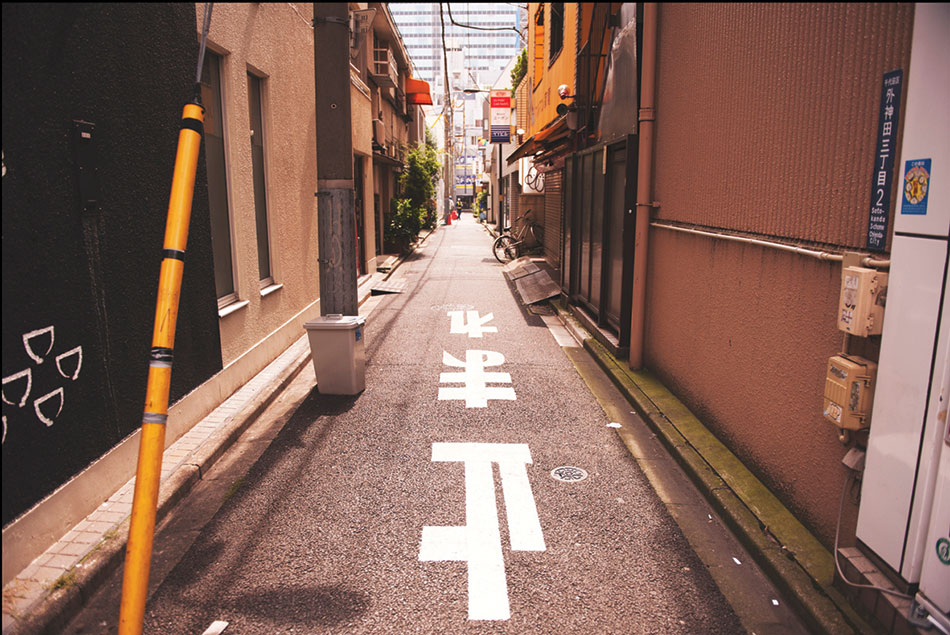 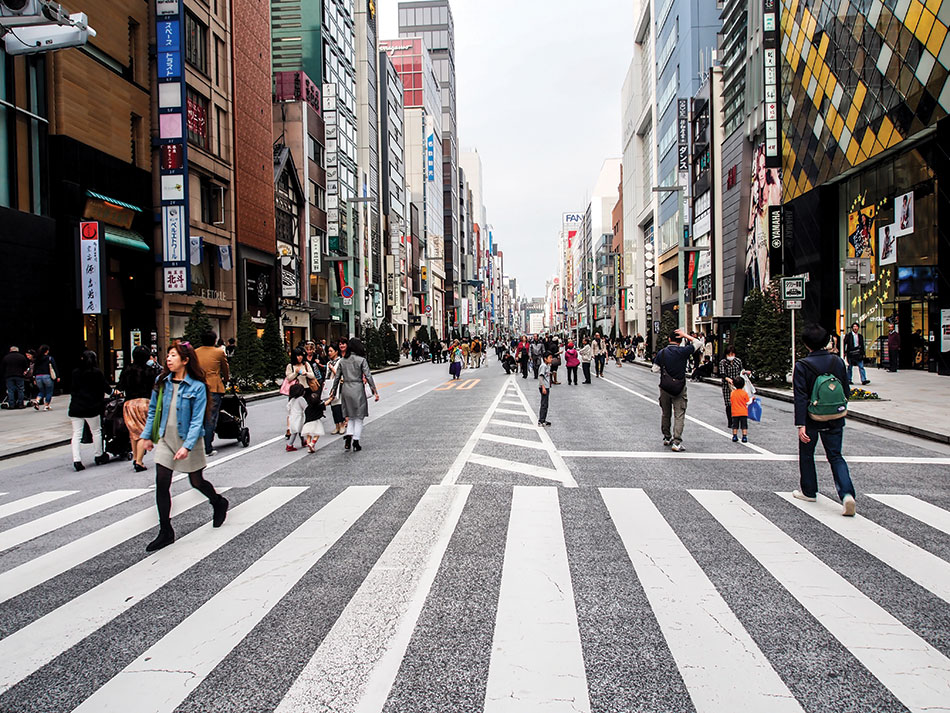 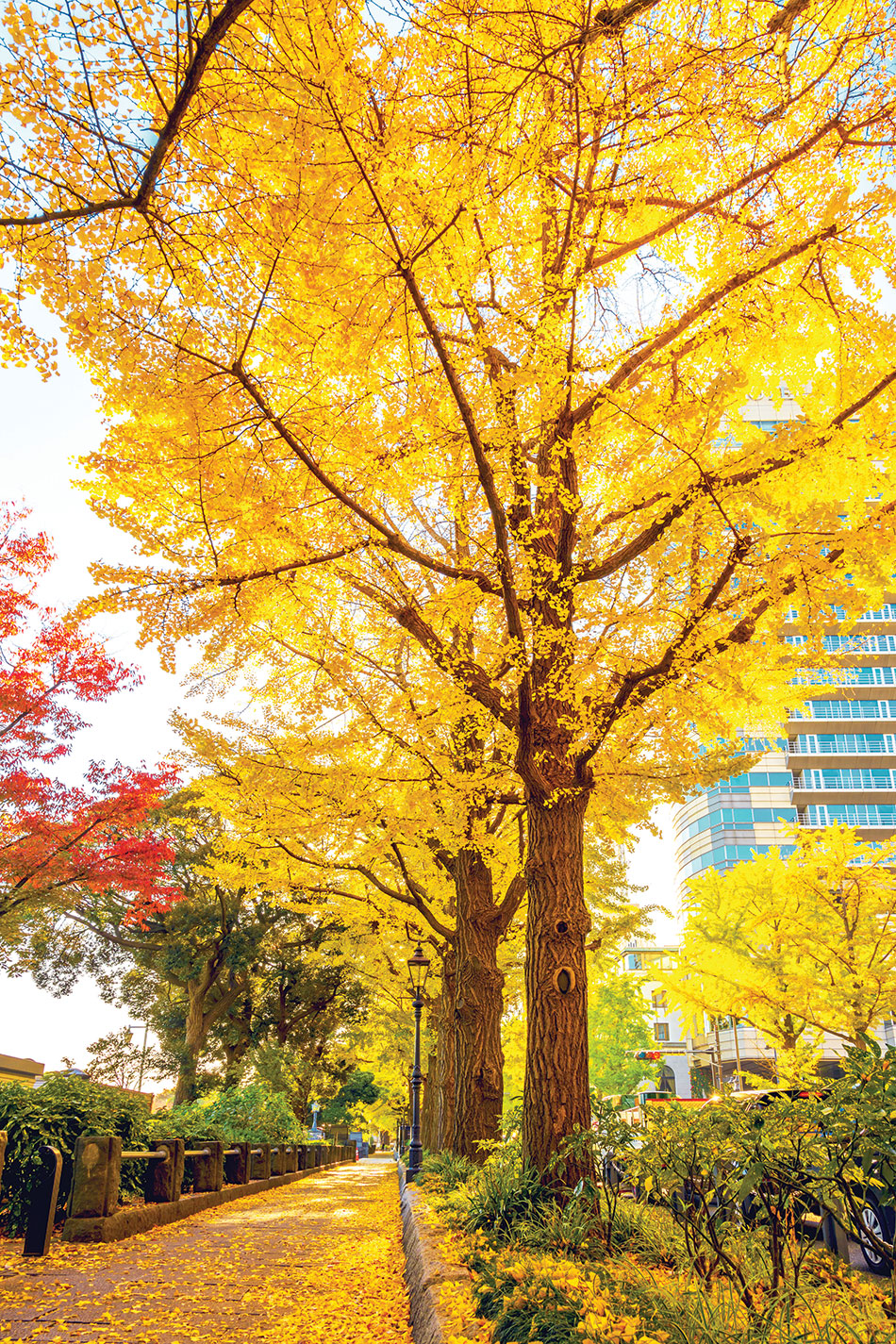 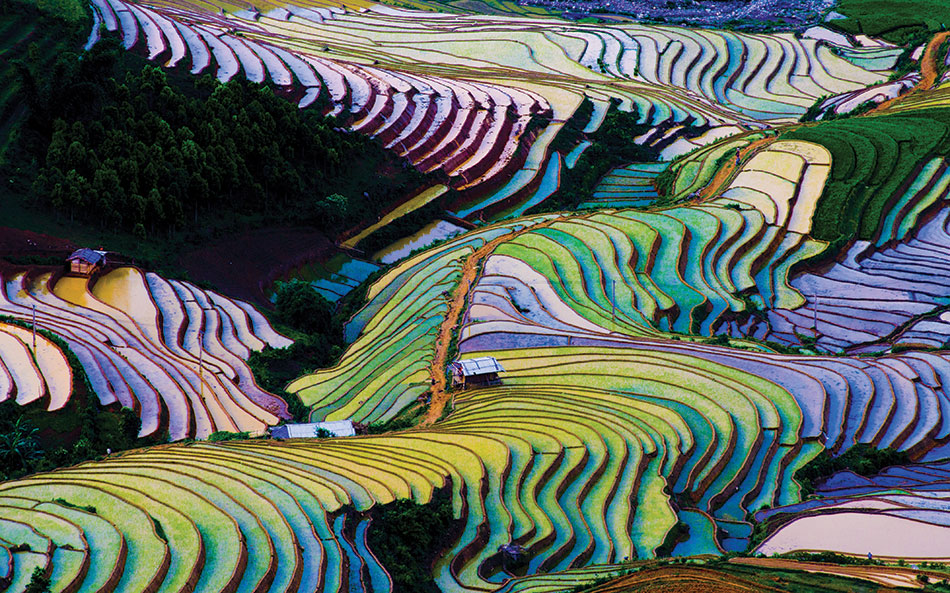