A Maltese perspective of one of Australia's coolest cities 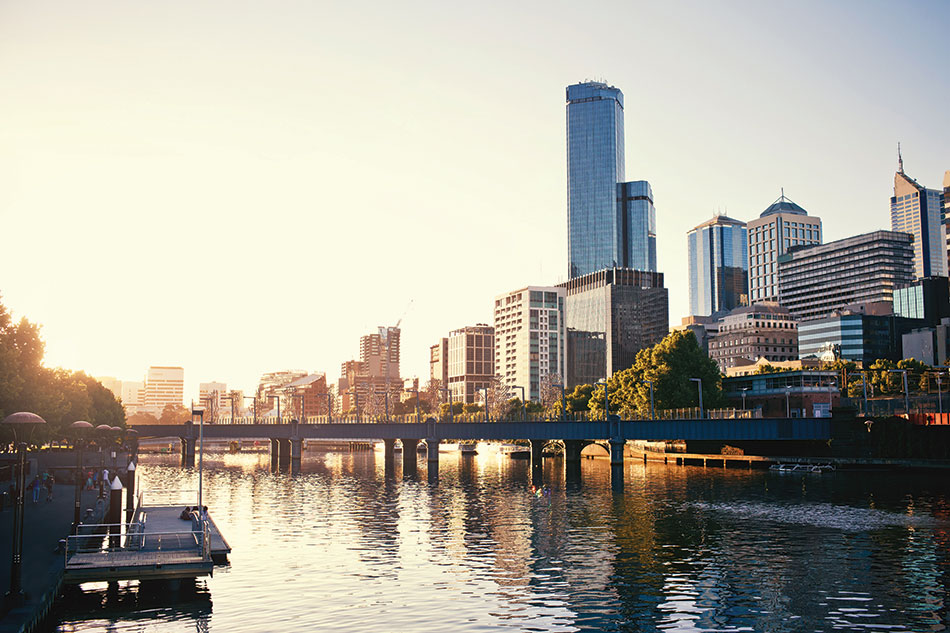 I didn’t know exactly what to expect from Melbourne, the capital of Victoria. It was my first time in Australia since childhood and I had a stereotypical vision of blazing hot, sandy beaches covered with beautiful, Amazonian men and women, free-flowing beer and every 300 metres a barbeque with slabs of well-cooked meat ready to consume with gusto.

In actual fact, i flew to Sydney for a weekend and found it was scarily more like this well-marketed fantasy than you’d expect, but Melbourne – well, Melbourne has a very different charm that grew on me during my two week stay. I’d like to think that some of that charm is down to the fact that, statistically, the city has more of our fellow Maltese living there than here on our beloved rock. And that’s just those with Maltese passports! There are entire communities (such as Tullamarine in the west) where those who set out to seek their fortunes in a new world during the post-war exodus have taken root and have carved our beautiful Mediterranean culture into the very heart of the city.

I found it hard to believe at first, but I experienced this marvel first-hand when I connected with a cousin of my father who emigrated when he was nine years old and thus I enjoyed the genuine Maltese hospitality, incredible cooking and unconditional family love that we are so proud of. It’s such a surreal yet comforting experience and when you do decide to include Melbourne on that bucket list itinerary, ask Nanu, Nana, Mum, Dad – in fact any member of the family from the baby-boomer era to put you in touch with your “reloes” (as they call them) in Melbourne. For us Maltese, it is as much a part of the experience as the fantastic architecture, chilled nightlife, soulful music, cool coffee-culture and world-class restaurants that the city has to offer.

You see, Melbourne has a lot of the above and, coming from someone who’s experienced London for a very long time, it’s done it all exceptionally well. The vibe is one of a cool, smooth, cultural ride rather than party-party-party till the sun comes up. The locals are very trendy, softly spoken people, on the right side of hipster with a genuine lack of pretence (Shoreditch, I’m looking at you). You can go to one of the many excellent bars, cafes or boutique shops in and around Chapel Street and even strike up a conversation without feeling like you’re a stranger from a strange land.

I spent a good deal of time in an area called St Kilda, near enough to Chapel Street and a stone’s throw (tram ride or long walk) from the city centre. It’s laid-back, relaxed, somewhere you can catch a home-grown band, chill on the beach, grab a cocktail or get some brunch. While it’s a pretty busy area and is open late, there’s not a “clubby” vibe and, like Melbourne in general, it is friendly to a fault.

A short, west-bound tram ride will take you to the centre of the city, past the Melbourne Arts Centre and on to the main Flinders Street station. It’s here that you’ll really notice the organically beautiful curves or sleek symmetrical lines, all evidence of the fantastic architecture Melbourne has to offer. It’s a city in which it’s a joy to wander around on foot – easily the best way to appreciate the visual splendour of early 20th-century streets locked in a close, slow dance with modern, beautiful towers and sublime cultural centres. It is permeated with creativity, the air thick with the underlying buzz of self-expression and artistic licence. Musicians play pianos in the streets, while artists chalk imaginative artwork on the paving stones and walls – all to the backdrop of the bisecting Yarra River that separates north from south and, by necessity, has given birth to incredibly designed bridges, all as much a part of the architectural ballet as the buildings themselves.

As the Yarra snakes further out of the city, the buildings are slowly but surely replaced by more lush and green vegetation. The Victoria bush can be very arid and dry, but the Yarra quenches its valley’s thirst to become home to some of the best Australian vineyards and wineries, most of which will welcome you to experience their wines and ciders. It’s only a 40-minute (or so) drive and once you’ve finished trying the local produce, you can take a dip in the river and enjoy the cool, refreshing water rushing over you while the sun beats down from above.

Melbourne is a city that has many things to offer many different people, but stands out as a Mecca for those who like their culture laid-back, their food tasty and their music to tell a story. And if you happen to be Maltese, you may be surprised to find all of this and a little piece of our beautiful island there too.

4 TOP CHILL OUT SPOTS IN MELBOURNE

Although this is a chain of restaurants, it’s almost criminal to go to Melbourne and not visit one of these eateries. As the name suggests, the place is about pancakes, but I never thought that there could be so many variations! They range from the humble ice-cream and maple syrup stack, to the full-on Barramundi fish fillet on potato pancake which, although I didn’t try it, sounded absolutely incredible. And it’s not just pancakes, but the milk or malt shakes here are an essential order and are especially good after a night out or to kick-start your day (yes, they’re open 24/7). A word of warning, however: portion control is NOT in their vocabulary and they pile ‘em high, not just the pancakes, but also whatever topping you’ve chosen. Very tasty, but be prepared to loosen your belt afterwards!

St Kilda is renowned for its cool, laid-back attitude, luxury coffee shops and chilled, cosmopolitan bars. 29th Apartment is my favourite nightspot in this funky part of Melbourne, situated at the end of Fitzroy Street, by the beach and just before it turns into the Esplanade. Although they have a very well-stocked bar (lots of quality dark rum brands), it’s the trendy vibe and amazing décor that really got me hooked. Modelled on the interior of a New York converted warehouse apartment, it really gets the vibe right and they combine this with laid back/funky/chilled-house DJs to good effect. You can dance, chat or simply enjoy your drink without feeling like you should be doing something else. And I think this is why the crowd it draws in is one of the friendliest I’ve encountered in a nightspot for quite a while. You can go there on your own, get chatting and, before you know it, you’re part of a fun, cool group, dancing the night away. Maybe one or two shots helped, but either way this place is on my A list!

Tucked away in a very inspiring part of the city centre is Cumulus Inc, one of a few superb establishments on the very hip, happening Flinders Lane (a stone’s throw from Flinders Street Station). Although they provide an amazing breakfast experience, go there in the afternoon or evening to really delight the taste buds. This is when you can indulge in their speciality: oysters (with about 10 different varieties to choose from) and charcuterie (their Iberian Jamon is the best I’ve ever tasted) or order something more substantial from the ála carte menu. The area is bright, airy and welcoming and is staffed by a skilled, attentive and friendly crew. Seek this place out and you won’t be disappointed.

If you find yourself out on one those late nights in the centre of the city and need a pit-stop before heading back, take a seat outside the Golden Tower Café and grab a coffee, milkshake, burger or even a VB (if you haven’t yet found your off-switch!). Established in 1953 and located in Swanston Street, it is Melbourne’s oldest diner and it retains the timeless look of that classic era, serving amazing milkshakes, fantastic burgers and great coffee, 24/7. The friendly and relaxed staff are very helpful and sometimes you’ll catch the owner there telling a no-nonsense tale or two with his infectious grin. It’s an institution that is well worth a visit at any time of the day – or night!