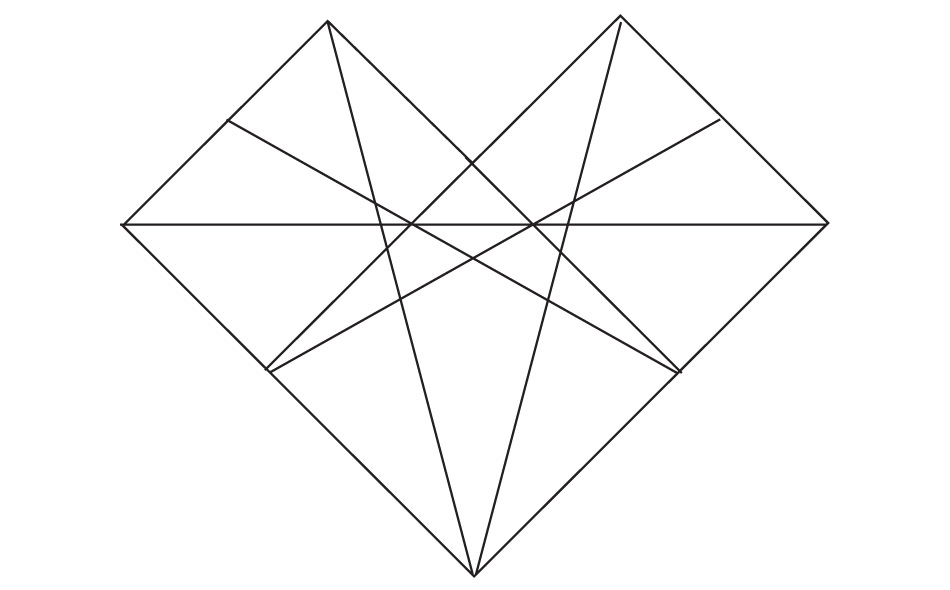 If you think you are the only one feeling gloomy about not having found your soul mate yet, think again. Peter Backus, a U.K lecturer and researcher, was so desperate that one day he actually sat down and calculated that he had only a 1 in 285,000 chance of finding love. That’s lower than the probability of finding intelligent, extra-terrestrial life. Equally mesmerised by the hard facts of love, John Gottman and James Murray, two US researchers, applied mathematics to the dynamics of relationships and actually derived a mathematical formula which forecasted how conflicts between married couples devolved or got resolved.

Of course, you would be forgiven for believing that the beautiful mysteries of Love cannot possibly be quantified by the regimental laws of mathematics. But this doesn’t mean that maths hasn’t got something useful to say about the most talked about, sung about and waged-war about issue in life. After all, there are equally complex patterns, like the formation of weather or the mindboggling movements of the stock market that are successfully modelled by mathematics. So, could Love possibly be another complex yet tractable set of patterns ready to be laid bare by maths?

According to Hannah Fry, author of the bestselling book “The Mathematics of Love”, maths has a lot of valuable insights to give. In her book she sets out to explain how interesting statistical patterns emerge in each of the three key stages of relationship formation: the dating stage, the life-partner selection stage and the relationship cultivation stage.

Starting from the dating stage, we commonly think that beauty is the most important factor when it comes to attracting potential partners. And whilst having the right symmetry always helps, statistical analysis on thousands upon thousands of recorded interactions between people on dating apps shows clearly that this is not the case. Research carried out by the two mathematicians who founded the popular dating site OkCupid shows that the people who receive most messages are not those who we might normally think as the most beautiful but those who are likely to divide opinion. This means that, contrary to what we might expect, a regular John or Jane who have some unique physical characteristic and who are not afraid to reveal it in the profile pic might actually have a higher probability of attracting people than the Brad Pitts and Giselle Bundchens out there. The logic is that most people avoid tempting their fate by asking out the most beautiful people for fear of rejection and look for those who are average-looking but have some discernible feature that they like. The maths is clear about this: be yourself and show who you truly are; someone will dig it.

When it comes to eventual partner choices, the mathematics gives us even more startling results. According to statistical research, the optimal way of selecting a partner is this: reject the first 37% of your dates, then choose the best person who turns up after that initial batch. As ‘Shakespearianly’ romantic as this sounds, this is actually not very far from what is observed in nature. This is not only confirmed by many mating rituals studied in the wild, but it is also what many experience in the human realm. Who amongst us hasn’t adopted a ‘test the waters’, ‘taste everything from the buffet’ and ‘get the feel for the market’ approach to dating? I don’t think it’s too far-fetched to say that most of us try to get as much dating and intimacy experience early in life, only to finally settle for the ‘right one at the time’ partner in their late twenties or early thirties. I agree, maybe not everyone plots dating experiences on a spreadsheet, but it is nonetheless true that many do sample, compare, reject, then sample again until the “successful candidate” triumphs after all initial data is factored in. So, thinking about it, many do date just for the sake of dating early in life and then only resolve on dating seriously after reaching a certain level of maturity. We will never know if the person we’ve chosen is truly the best out there, but we all try to choose the best based on our past experiences.

So, after you’ve successfully attracted many candidates and eventually chosen your lifetime partner, you are now deep in a relationship. Where do you go from here? What can you do to increase the probability of having a successful marriage that doesn’t end up in divorce? The most common answer is that a relationship is all about compromise and closing one eye. Whilst many Ta’ Cana professors would surely concur with this, maths warns us that we should play the compromise game with caution. American researchers Gottman and Murray used their knowledge of psychology and mathematics respectively to team up and derive a formula linking husband and wife’s reactions during an argument to variables like: current mood when alone, current mood when with partner and partners’ influence on each other. Their results gave answers that were not expected. According to their research the best way that couples can create the proper mood and the proper influence on each other is to lay their feelings all out and leave no stone unturned. Bottling up is very dangerous in a relationship and no person should settle and accept their partners’ flaws as non-negotiable. The main reason for this, according to their research, is that these bottled-up feelings end up creating a ‘negative downward trend’ and the influence on both magnitude and direction of eventual arguments will be significant. The couples who discuss everything and never let things go, are those that are constantly tweaking and mending their relationship and they are also those who end up feeling the most positive about their marriages. Gottman and Murray’s equation has been shown to predict divorce with a 90% accuracy!

Much to his own surprise, our broken-hearted lecturer Peter Backus, met the love of his life and married her in 2013. This was just four years after publishing the incredibly popular paper: “Why I Don’t Have a Girlfriend,” in which he predicted his dismal chances of finding love. This does not necessarily mean that the estimate is wrong or that maths and love should never be placed in the same sentence. In fact, if one had to think about it, finding the right person is incredibly hard.

The trick, according to mathematical laws, is to use the law of large numbers to your advantage. This basically means that in order to find love you have to get out there, mingle, choose places in which you have a high probability of finding people who satisfy your criteria, be yourself and let people get to know you, speak your mind and express your emotions clearly without fearing judgment or lack of interest. Once you find the right one, respect yourself and don’t settle. Come to think about it, this is some solid advice.
And who said maths was boring?