The work of Tim Noble and Sue Webster - the British artists who work as a collaborative duo, associated with the post-YBA generation of artists 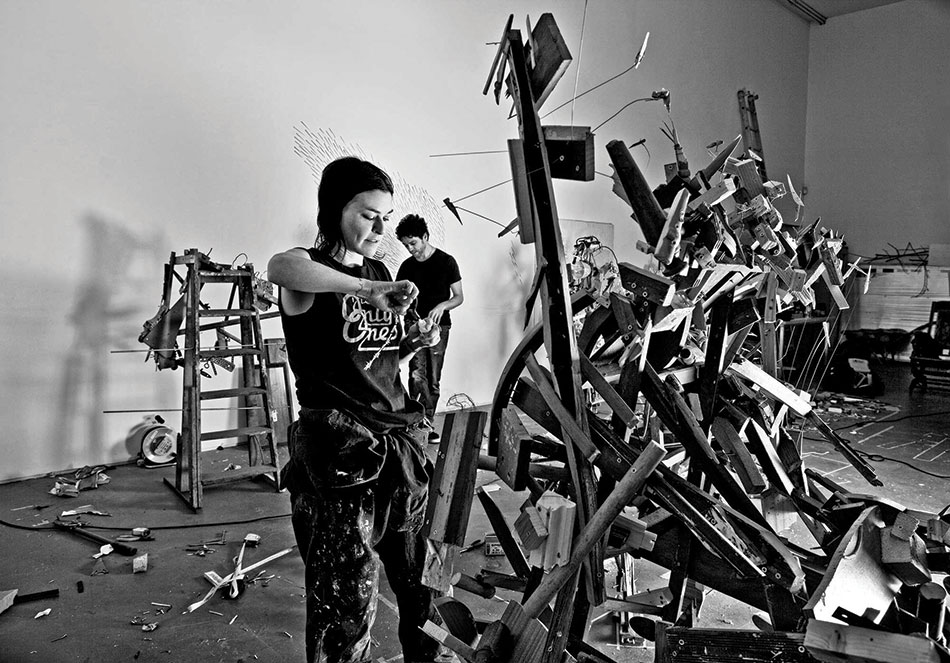 “The art of projection is emblematic of transformative art. The process of transformation, from discarded waste, scrap metal or even taxidermy creatures to a recognisable image, echoes the idea of ‘perceptual psychology’ – a form of evaluation used for psychological patients.“Artists Tim Noble and Sue Webster are familiar with this process and how people evaluate abstract forms. Throughout their careers they have played with the idea of how humans perceive abstract images and define them with meaning. The result is surprising and powerful, as it redefines how abstract forms can transform into figurative ones.

“Parallel to their shadow investigations, Noble & Webster have created a series of light sculptures that reference iconic pop culture symbols represented in the form of shop-front-type signage and carnival shows inherent of British seaside towns, Las Vegas and Times Square. With the aid of complex light sequencing these signs perpetually flash and spiral out messages of everlasting love, and hate. 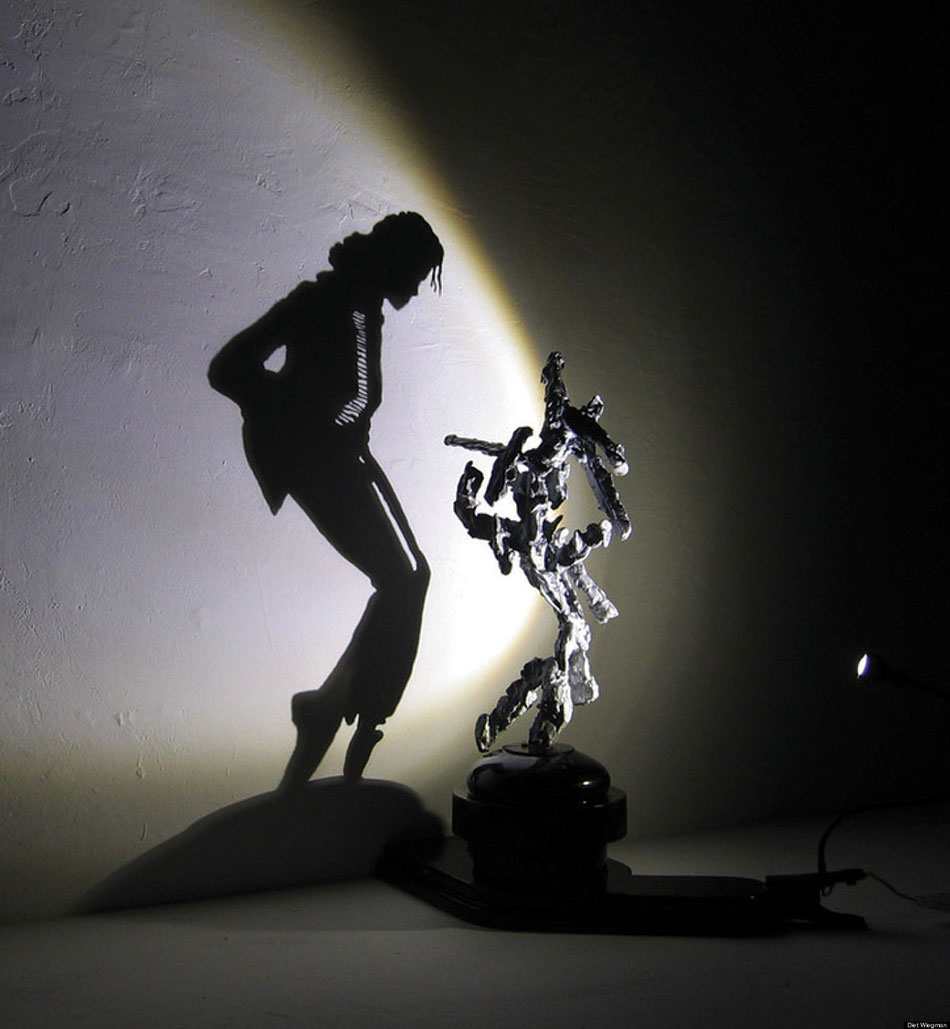 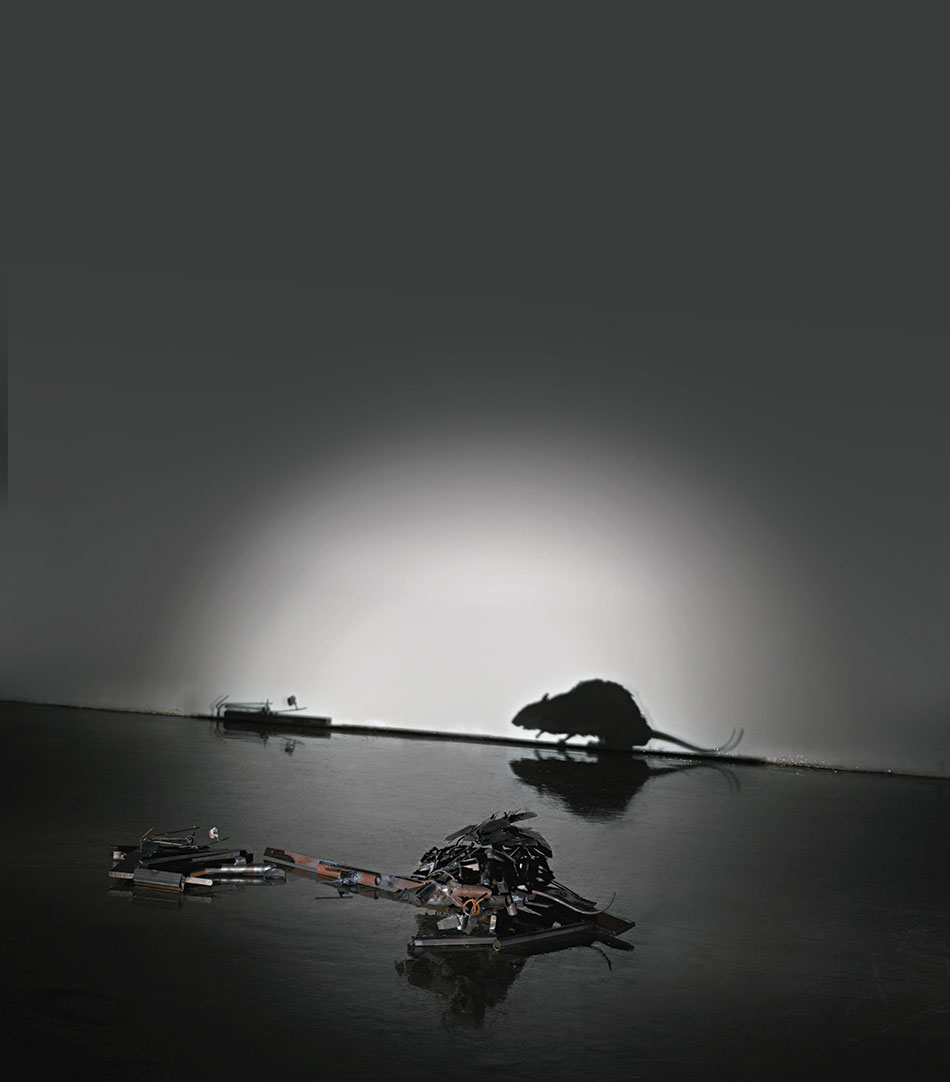 “Noble & Webster have created a remarkable group of anti-monuments in their eighteen-year career, mixing the strategies of modern sculpture and the attitude of punk to make art from anti-art. Their work derives much of its power from its fusion of opposites, form and anti-form, high culture and anti-culture, male and female, craft and rubbish, sex and violence.

“In 2009, Noble & Webster were awarded Honorary Degrees of Doctor of Art at Nottingham Trent University in recognition of their contribution to contemporary British Art and their radical influence on younger generations of artists. In 2007, they were awarded the ARKEN Prize at Arken, Museum of Modern Art, Copenhagen for outstanding contribution to the international scene of contemporary art, in the same year their critically acclaimed project Polymorphous Perverse at the Freud Museum was nominated for the prestigious South Bank Prize.

“We avoided permanent jobs because we wanted to get up in the morning and be creative.” 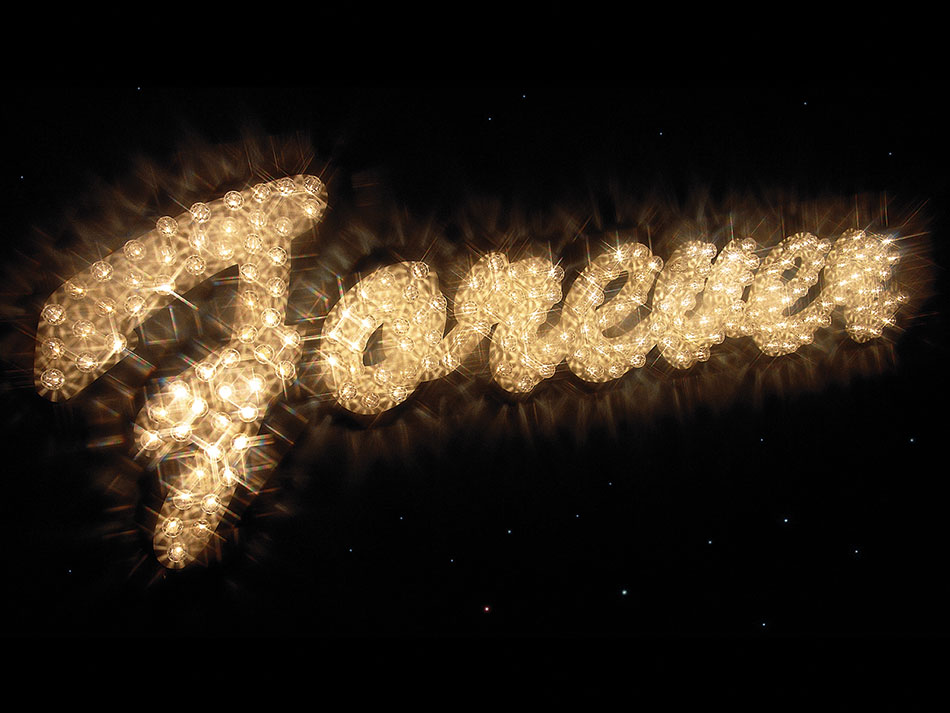 “Toxic Schizophrenia (Hyper Version) their first permanent public sculpture was unveiled at Museum of Contemporary Art, Denver, May 2009. Previously the public art installation Electric Fountain, was exhibited at Rockefeller Plaza, New York, February 2008. In 2009 the Trustees of the National Portrait Gallery selected The Head of Isabella Blow for inclusion to its permanent collection.

“Since their first solo show in London, British Rubbish in 1996, Noble & Webster have enjoyed international recognition with solo exhibitions throughout the world.”

…Damien Hirst and the other artists in the Young British Artists circle:

“We’re grateful to Damien Hirst. Without him and people like him there wouldn’t be an art world in England. In 1988 he started to promote the aesthetic of do-it-yourself, in the spirit of punk. And we didn’t have to wait for recognition. It happened when we were relatively young.”

“I think every artist in London in one way or another makes a career for themselves. For us making art is like a small business. At first we didn’t even conceive that we could make a living from art. Twenty years ago, when we’d just started, it didn’t even enter anyone’s head that such a thing was possible. When our year graduated, everyone signed on the dole.

We avoided permanent jobs because we wanted to get up in the morning and be creative.

I remember what a shock it was when we first sold a work.” 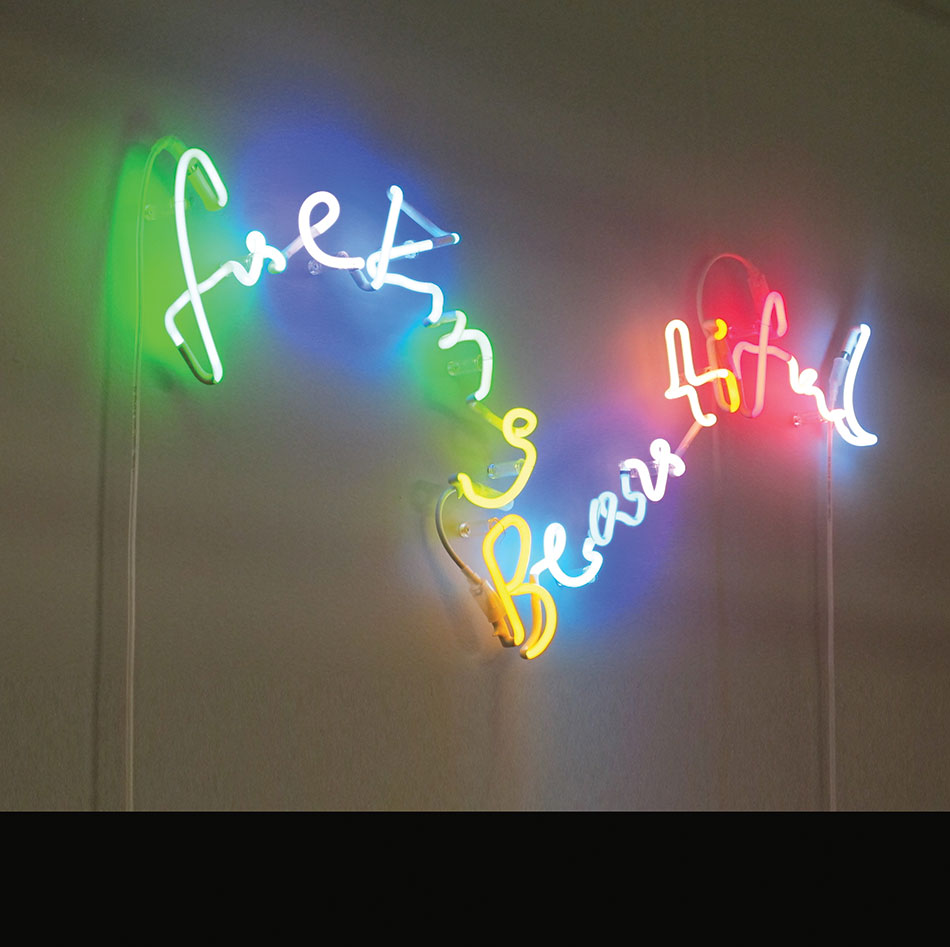 …working together and their marriage split:

“We’re two separate artists who simply work together. We sign our works with two names but even so we try to be different.”

“It got to the point last year where we had to separate. We don’t live together anymore. It was just getting too intense and something had to give. We couldn’t give the work up so we had to give up the relationship. You either become one side of a personality and you become a slave to it, or you both go and cultivate your weird things and then bring that together, which is much better.”

“I wish I had a really nice husband who wasn’t involved in the art world, who was an accountant or something. A sugar daddy that I could go home and cook for. Someone that also might buy me a drink at the bar.”

…their shadow installations appealing to the public:

“If a work makes people look and listen to their own feelings that’s good. Viewers often see our works as tricks. At first they think that the shadows are drawn on the wall. Then they suspect that we use slide projection. The fact that we make them with our own hands delights people. They think ‘I could do something like that too!’”

… their first piece, ‘Ornament in Crisis’, in which Tim was submerged in a fish tank and almost died:

“We drilled a hole in the bottom and he was breathing through this little pipe while trying to be calm and be an ornament. But the little piece of cable he was meant to breathe through was being blocked up with condensation, so his air flow was reduced over the 20-minute filming period, to the point where he couldn’t breathe anymore, but the camera was still rolling.

We didn’t have a get-out clause, so when he spat the thing out, he was trapped with his head inside the fish tank, and I panicked and tried to smash the tank against a brick wall with his head still in it. I could’ve broken his neck.”

…discovering the sharp shadows made from random rubbish:

“We used to make things out of lights, almost like Blackpool illuminations or Las Vegas, casting extraordinary shadows around the room. Sue walked in one day and her shadow was cast upon the wall. It was just this fantastically sharp, perfect image of her. I just drew around it and it evolved from that really. We started fiddling with bits of stuff on the floor to make a sculpture. When it came to doing our first little show, we weren’t even going to put the shadow piece in – it felt kind of cringeworthy. Of course, someone picked on it and said, ‘Wow, what’s that?’”