The philosophy of swearing

>> Whatever your take on the subject, it is hard not to admit that there are certain times when every cell in our body starts craving for verbal naughtiness.

The Philosophy of Swearing By Julian Cardona 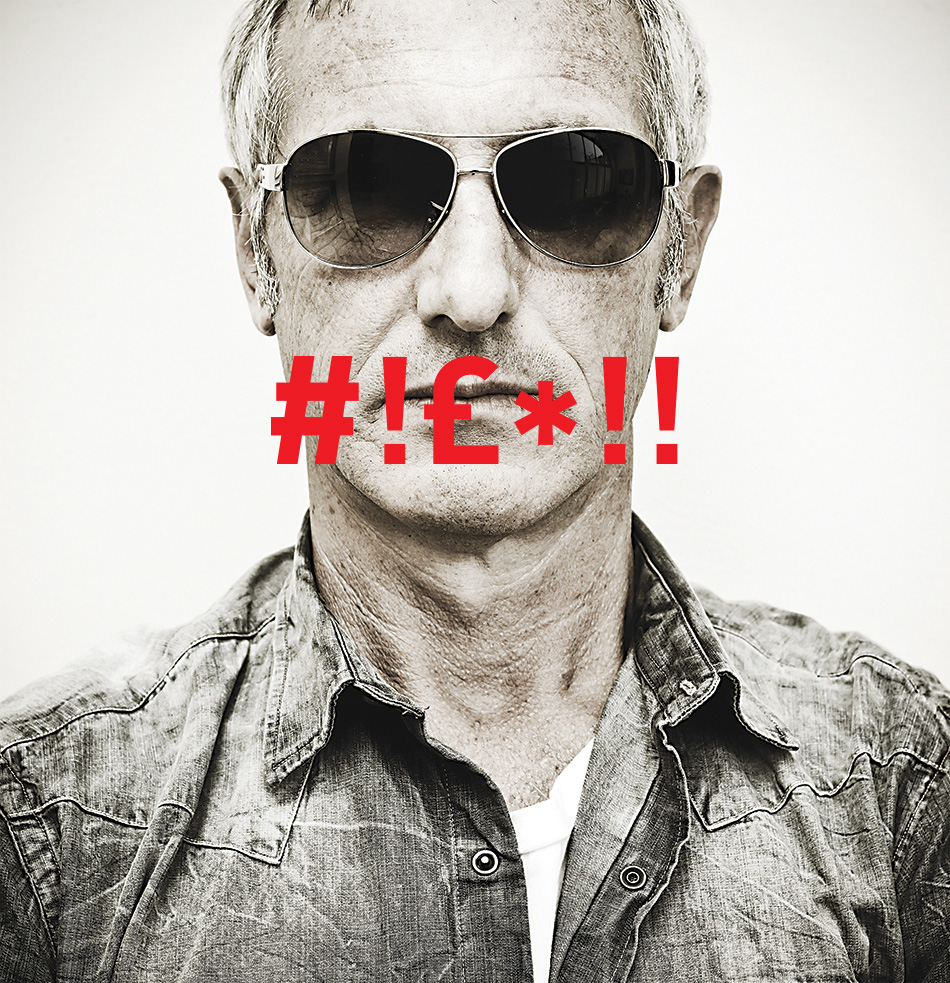 >> Whatever your take on the subject, it is hard not to admit that there are certain times when every cell in our body starts craving for verbal naughtiness. <<

You’re waddling barefoot across your kitchen when you hit your little toe on the foot of the table; or you’re driving to work on a rainy Monday morning, imbibing fumes of carbon monoxide and radio-music, when a road villain decides that he (yes, I use ‘he’) has a divine right to treat a stop sign like it was a random street-trinket. What do you do? There’s only one option, really. You lift your head to the skies and unleash the most vulgar mouthful that only pure anger can provoke.

Studies have confirmed that swearing does increase one’s tolerance to pain. Aren’t we, Homo erectus, an interesting lot? Who could have foreseen that the conjuring of scatological imagery would actually alleviate our woes?

According to Steve Pinker, a Harvard psychologist, taboo words provide a very revealing window into human emotions. Most theorists agree that such words activate areas of the brain associated with negative emotion that help us ‘let off steam”. This would explain why most usage of swear words is out of context. Consider this example. One day your neighbour’s dog decides that your porch is a more strategic location in which to poop. In a fit of rage, you find the owner and tell him to take care of his f%$&^#$ dog.

What function is “the f-word” performing here? Surely you cannot (I hope) be visualising canine sexual activity when uttering the word? The connection must, therefore, take place at an emotional level.

Steve Pinker argues that expressions like the f-word are used to substitute older words with religious implications, such as ‘damn’ or ‘hell’. Think of the ‘damn dog’. In this context the word ‘damn’ makes more sense, but most would still be inclined to use the former. The reason, Pinker believes, is that whereas in the old days words like hell and damnation used to arouse dread in people, nowadays, following a decline in religious influence, people need to use different words to not only connect to their negative emotions but also transmit them.

So, then, is swearing an unavoidable human trait? There have been attempts to answer this question by searching for languages that do not contain swear words. Apparently, these failed. It must be said that some languages do lend themselves to swearing more than others. Amongst these, Russian and Spanish are known to top the charts. Others, like Chinese or Japanese, are structurally limited to produce swear phrases as opposed to swear words; but this doesn’t mean that these two cultures run the risk of being marginalised from the world of the profane.

I do ask myself how the Maltese would fare in such a poll. Apart from the architecture of the language, culture also plays a big role in the moulding of a language. Consider the famous Eskimo case. Supposedly, Eskimos have more than 20 words for snow. In his book Peopled Silence about the philosophy of language, Fr Peter Serracino Inglott reasons that different people around the world have a different domain of experiences, which is why Americans – although having fewer words for ‘snow’ than Eskimos, might then have more words for ‘automobile’. This arouses the suspicion that the use of swear words is widespread because pain, fear and rage are widespread.

So if swearing is so commonplace why do so many people act like prudes around it? Earlier this year in Middleborough, a small town outside Boston, Mass, residents voted in favour of a $20 fine for people caught swearing in public. Some observers started questioning their freedom of speech. Could this incident suggest that people often adopt a two weights two measures approach to swearing? Surely, few are those who can honestly claim they never swear in private. Such a debate, I believe, has to factor in the fact that swearing usually revolves around religious or social issues that could touch upon people’s sensitivities.

This issue becomes an even hotter potato as soon as it is discussed in the context of art. How right is it to let characters swear in movies or books? Most artists would say that they are slaves to the creative process; most conservatives would retort that profanity is profanity, no matter what. This latter stand had always been the line adopted in Malta until a few months ago, when Minister De Marco announced his intention to propose new legislation. He agreed that new legislation is required to reflect the needs and configuration of our 21st-century society. So does this mean that – since swearing is natural and we are all children of modernity – for the sake of progressivism, everything should be allowed? This is a fundamental question that is bound to divide liberals and conservatives for a considerable time over whether, how and where any lines should be drawn.

Whatever your take on the subject, it is hard not to admit that there are certain times when every cell in our body starts craving for verbal naughtiness. Well, at least now those Maltese who are too shy to exchange a few expletives verbally can write them down in a
book and share them with other eager souls. Oh, and by the way, studies have shown that every known device employed in poetry, such as the use of rhyme, alliteration, metre and certainly imagery, is put to commendable use in the ‘artistic’ craft of swearing: it’s definitely heart-warming to know that people take pride when devising insults.

So remember that, yes, swearing does release tension: your neurons can testify to this. Technically speaking, we are all scientifically justified in letting ourselves go and spreading wide the wings of obscenity. And who knows, perhaps the more creative you are, the better you might feel; perhaps the unlikelier the permutations, the more proud of yourself you’ll become.

If this is not to your taste, however, you might want to stay in touch with the festive season and think of something a little more Christmassy to make yourself feel better.