The times they are a ‘changin’

Where are we going? What will we be? Here's a look at now and later 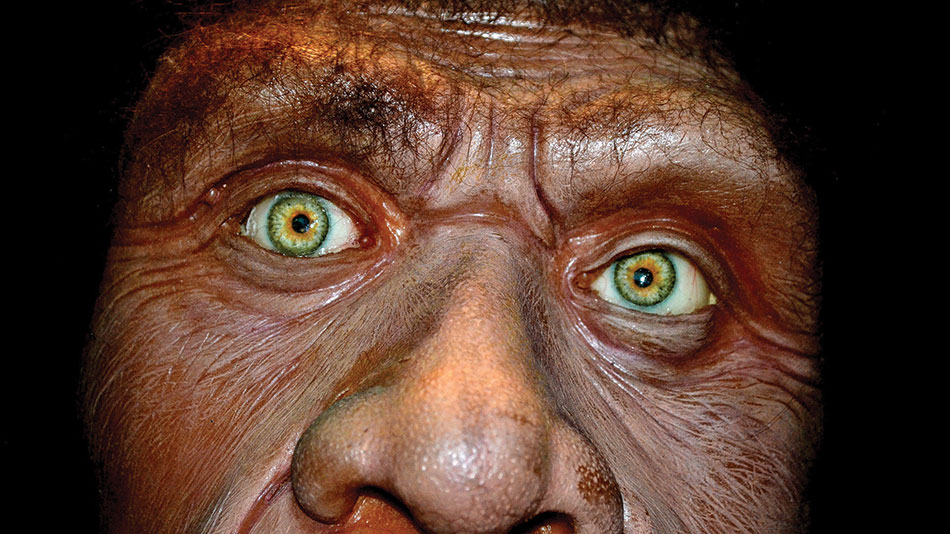 We’ve come along way looks-wise from our ancestors. Between 800,000 and 200,000 years ago, rapid changes in the earth climate coincided with a tripling in the size of the human brain and skull, leading to a flattening of the face. Now, with race union and our obsession with technology, how might the face physiological features of human beings change in the future?

“The man of the future will be of mixed race. Today’s races and classes will gradually disappear owing to the vanishing of space, time, and prejudice. The Eurasian-Negroid race of the future, similar in its appearance to the Ancient Egyptians, will replace the diversity of peoples with a diversity of individuals.” – Count Richard Nikolaus von Coudenhove-Kalergi, 1925, Practical Idealism

Our brains have been shrinking over the last 30,000 years. The average volume of the human brain has decreased from 1,500 cubic centimetres to 1,350 cubic centimetres, which is equivalent to a chunk the size of a tennis ball.

There are several different conclusions: We could in fact be getting dumber. Historically, brain size decreased as societies became larger and more complex, suggesting that the safety net of modern society negated the correlation between intelligence and survival. But another, more encouraging theory says our brains are shrinking not because we’re getting dumber, but because smaller brains are more efficient (like phones and computers).

This theory suggests that, as they shrink, our brains are being rewired to work faster but take up less room. There’s also a theory that smaller brains are an evolutionary advantage because they make us less aggressive beings, allowing us to work together to solve problems, rather than tear each other to shreds.

SIGNS OUR BODIES ARE STILL EVOLVING

Are we still changing as a species? New research suggests that despite modern technology and industrialisation, humans continue to evolve. And not only are we still evolving. We’re doing so even faster than before. In the last 10,000 years, the pace of our evolution has sped up 100 times, creating more mutations in our genes, and more natural selections from those mutations. A few lues that we are continuing to evolve…

Historically, the gene that regulated a human’s ability to digest lactose shut down as they were weaned off of their mother’s breast milk. But when we began domesticating cows, sheep and goats, being able to drink milk became a nutritionally advantageous quality, and people with the genetic mutation that allowed them to digest lactose were better able to propagate their genes. Studies suggest that this tolerance for lactose was still developing as early as 3,000 years ago in East Africa. That genetic mutation for digesting milk is now carried by more than 95% of Northern European descendants. Notice by the evidence in the map that countries that are less likely to have livestock are countries with the highest intolerance.

Our ancestors had much bigger jaws than we do, which helped them chew a tough diet of roots, nuts and leaves. And what meat they ate they tore apart with their teeth, all of which led to worn down teeth that needed replacing. Enter the wisdom teeth: A third set of molars is believed to be the evolutionary answer to accommodate our ancestors’ eating habits.

Today, we have utensils to cut our food. Our meals are softer and easier to chew, and our jaws are much smaller as a result, which is why wisdom teeth are often impacted when they come in — there just isn’t room for them. Like the appendix, wisdom teeth have become vestigial organs. One estimate says 35% of the population is born without wisdom teeth, and some say they will disappear altogether.

1,800 genes have only become prevalent in humans in the last 40,000 years, many of which are devoted to fighting infectious diseases like malaria. More than a dozen new genetic variants for fighting malaria are spreading rapidly among Africans. For those of us living in cities, we have produced a genetic variant that allows us to be more resistant to diseases like tuberculosis and leprosy.

Originally, we all had brown eyes. However, roughly 10,000 years ago, someone who lived near the Black Sea developed a genetic mutation that turned brown eyes blue. While the reason blue eyes have persisted remains a bit of a mystery. One theory is that they act as a sort of paternity test. There is strong evolutionary pressure for a man not to invest his paternal resources in another man’s child. Because it’s virtually impossible for two blue-eyed mates to create a brown-eyed baby, our blue-eyed male ancestors may have sought out blue-eyed mates as a way of ensuring fidelity. This would partially explain why, in a recent study, blue-eyed men rated blue-eyed women as more attractive compared to brown-eyed women, whereas females and brown-eyed men expressed no preference.