Lisa Borain meets travelling journeymen in a remote part of the world, learning of an age-old tradition 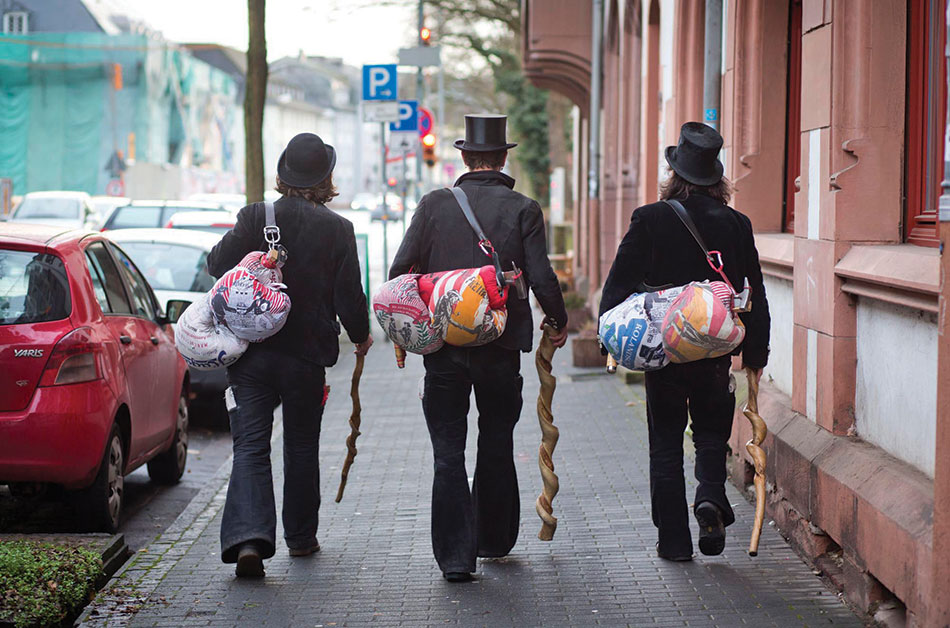 Lisa Borain meets travelling journeymen in a remote part of the world, learning of the age-old tradition, The German Waltz…

I’m sitting outside at a grill restaurant called Seagulls in Cape Agulhas, the southern most tip of Africa. My better half keeps looking past me, which I ignore (there’s a lot to look at there, inclusive of the roaring Indian ocean meeting the Atlantic).

I turn around and there sit three young men fully clad in black top hats and costumes of a sort, despite the 33 degrees heat. They were impervious to the stares and rubber necking taking place from the other diners in the restaurant.

Actors taking a break or circus people were amongst my guesses. I finally asked. They’re travelling journeymen, one tells me in a German accent. For the first time in my life, I was told about an medieval-age-old tradition that lives on in modern Germany and France.

The tradition goes back to when there were few trade schools or big companies. In order to ensure that master craftsmen (particularly masons, carpenters and other construction-related crafts) were actually masters of their trade, it was required that young journeymen travel for three years and a day in order to study with various masters and gain experience and knowledge of how their trade is done in other parts of Germany and Europe.

There are highly honoured rules attached. Not just anyone can go on this journey. Only unmarried, young, debt-free men who have passed the crafts exam are allowed to go so that the journeyman years will not be taken as a chance to run away from social obligations. In recent times, women are allowed to go as well, and make up for about 10% of journeymen nowadays.

The journeymen must travel for three years and a day, always at least 50 kilometres from home. They are not to return home early, and in order to prevent temptation, they cannot even come within 50 kilometres of their hometown, except in extraordinary circumstances, such as a family death. The young man I spoke to had an email address, but made it very clear that he wasn’t likely to be checking his inbox any time soon.

The journeymen are not allowed to travel with money. The travel is meant to be a time of deprivations, which means that they must not return richer than they set out. They must start the journey with no more than €5 on them and must return home with exactly the same amount of money in their pocket. The idea behind this is that the traveller is not supposed to squander money nor to store up any riches during the journey, which should be undertaken only for the experience.

Mobile phones are forbidden and they are not allowed to call ahead to wherever they travel. When they arrive in a new city, they are supposed to seek and talk to the mayor or the head of the local craftsmen association so that they will either get lodging and food and knowledge in exchange for their hard work or, if no work is available, they usually get a small sum that allows them to travel on. They can only hitch-hike, as they are not allowed to drive or use public transport.

In the case of the young men I met, hitch-hiking circumstances were proving difficult to mitigate in South Africa, for obvious reasons. 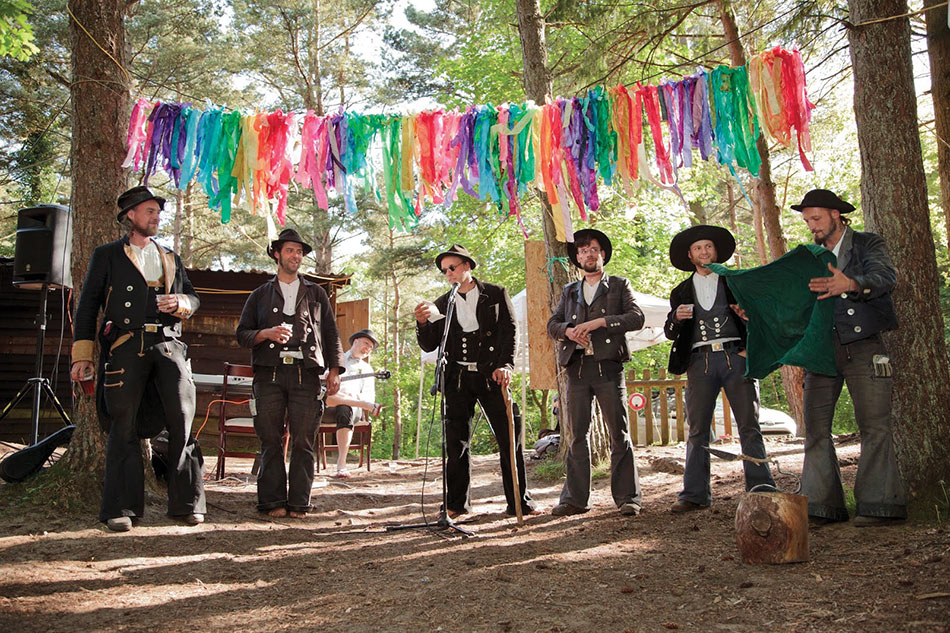 Onwards, journeymen are not allowed any luggage other than what fits inside a folded cloth that’s one square metre, (to carry clothes, a toothbrush and tools), a stick for walking and a sleeping-bag.

Since the journeymen often sleep outdoors, it’s important for them to keep a tidy and clean appearance in order not to be confused for tramps or vagabonds. It also helps them to find shelter for the night and a ride to the next town.

They travellers are to carry a travel book, which acts as a reminder of the rules, as well as a collection of stamps and work evaluations from every metropolis they have visited.

Their recognisable clothing is particularly important, and each trade has a slightly different uniform, but all parts have symbolic meaning.

The number of buttons in various places represent the working conditions (8 hours a day for 6 days a week for 3 years). A piece of cloth or a pin near the neck is the Ehrbarkeit (respectability), something a journeyman gets from his hometown master or association that indicates that he is honest, loyal, pious and honourable.

The hat indicates that the person is a free man, and not a serf. The journeymen also wear a pure gold earring, which also demonstrates their trade. Apart from identification, this earring also had the purpose of being used to pay for their funeral in case one of them died on his journey, as it would have been too difficult to locate his relatives in the Middle Ages.

Different trades and associations come with different traditions, such as secret words and handshakes when presenting themselves in a new city, to ensure that they are legitimate.

The tradition of the journeyman years (also referred to as “The German Walz” – “auf der Walz sein”) persisted well into the 1920s in German-speaking countries, but was set back by various events, such as the Nazi’s ban and East Germany’s lack of opportunities for work in an economic system. As the spread of industrialisation took place, the tradition declined sharply, as the larger companies were able to train people locally and were interested in retaining their trade secrets rather than teaching them to anyone who presented himself. However, since the 80s there has been a resurgence, as young men see it as something of a pilgrimage; as a way to self-fulfilment.

I was extremely lucky to come across some actual journeymen though, as it’s still only a minority of apprentice craftsmen who do it. As of 2005 there were 600 to 800 journeymen “on the Walz”, either associated with a brotherhood or running free.