Jean Prouvé, the multi-talented multi-disciplined French designer, engineer, draughtsman, builder, artist, craftsman, entrepreneur, architect - but above all - constructor, was born in Paris in 1901

His father, Victor, was a painter, engraver and sculptor, his mother, Marie Duhamel, a pianist. Jean grew up in a stimulating artistic environment in which his father was co-creator, (along with Émile Gallé, the eminent Art Nouveau glass artist, who was also Jean’s godfather, and Louis Majorelle, the famous ceramicist and furniture designer), of the École de Nancy, in Lorraine, a north-eastern district of France. The ideals of the movement espoused the approach that “every object must be of the highest quality and a product of its time”. Art must be accessible and with social consciousness, while encouraging closer links between art and industry. “I was raised in a world of artists and scholars, a world which nourished my mind”. This attitude would greatly influence Jean’s outlook and output throughout his long career. The outbreak of war in 1914 forced changes on the Prouvé family when it became clear that Victor’s painting was not enough to support his family. Young Jean, with a passion for aircraft and cars, had his sights set on becoming a mechanical engineer but had to give up his studies at the School of Fine Arts in Nancy, and at just fifteen became apprenticed to Emile Robert, a master blacksmith and friend of the family, in Enghien, north of Paris. It was here, submitting to physically demanding twelve-hour days at the forge, that he gained intimate knowledge of everything that there was to know about metal, the material with which he was to become inextricably linked for the rest of his life. Further training took place at the workshop of another wrought-iron craftsman in Paris itself, where Prouvé extended his experience and expertise with the most up-to-date metalworking and welding techniques. 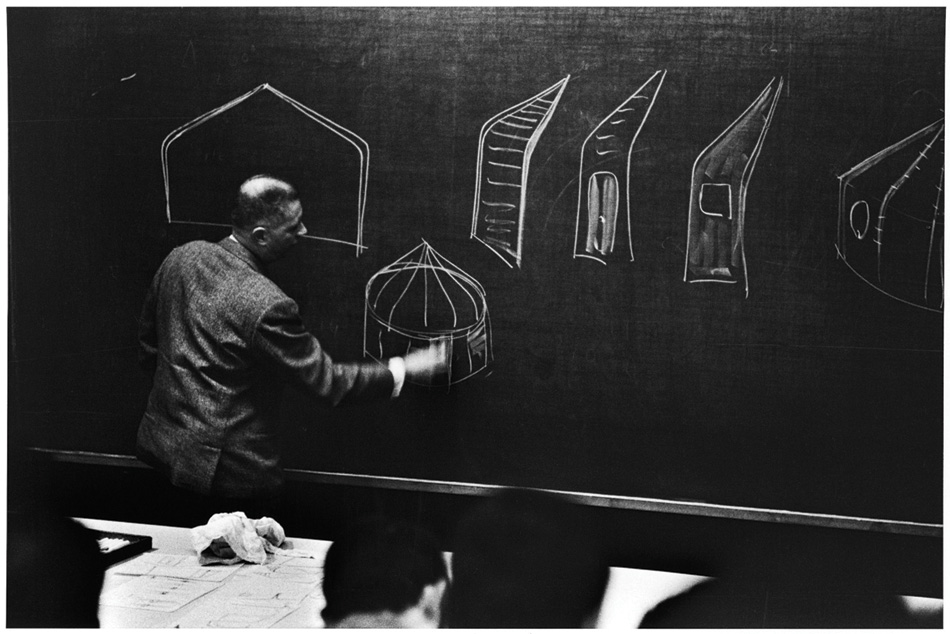 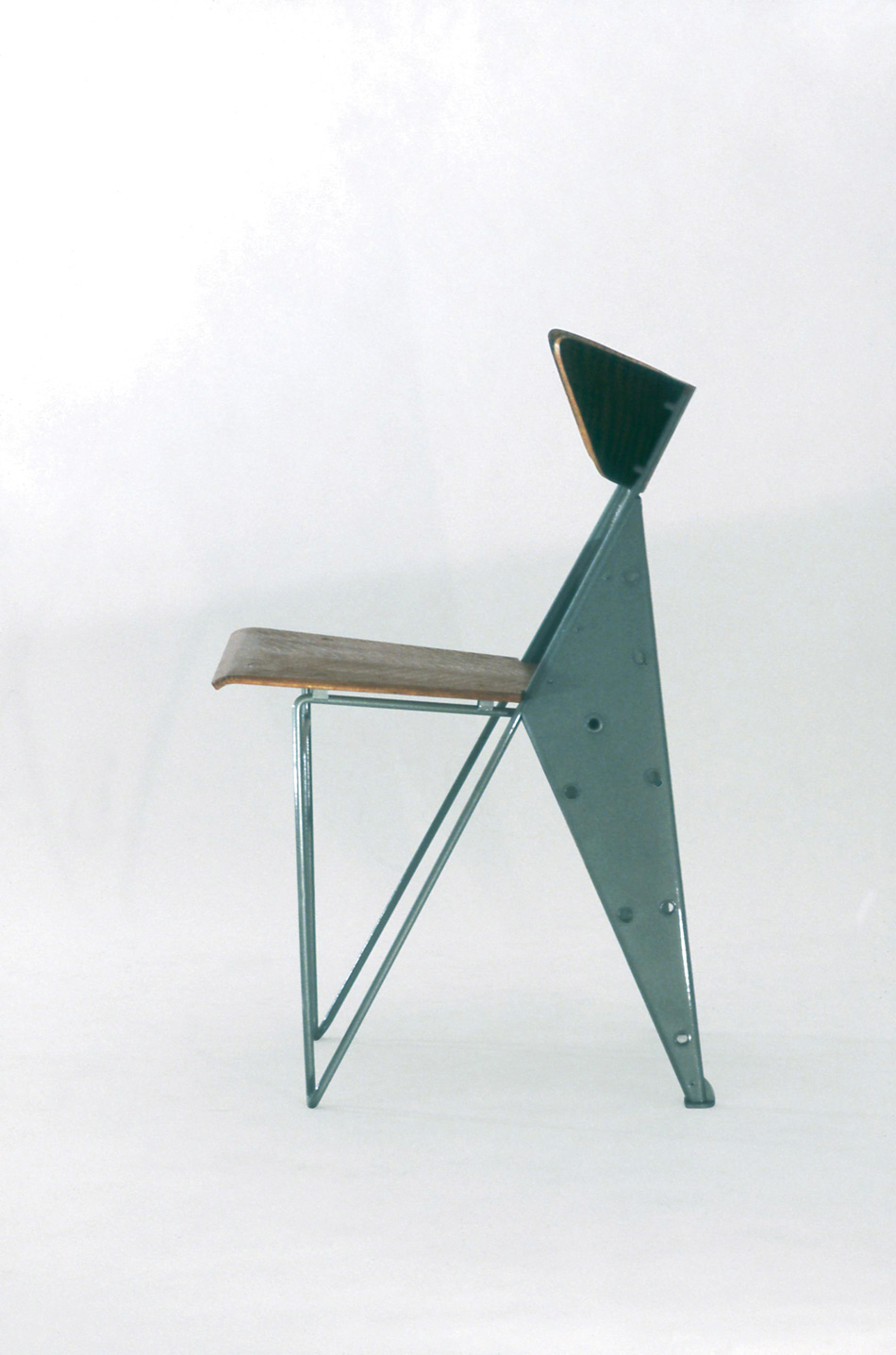 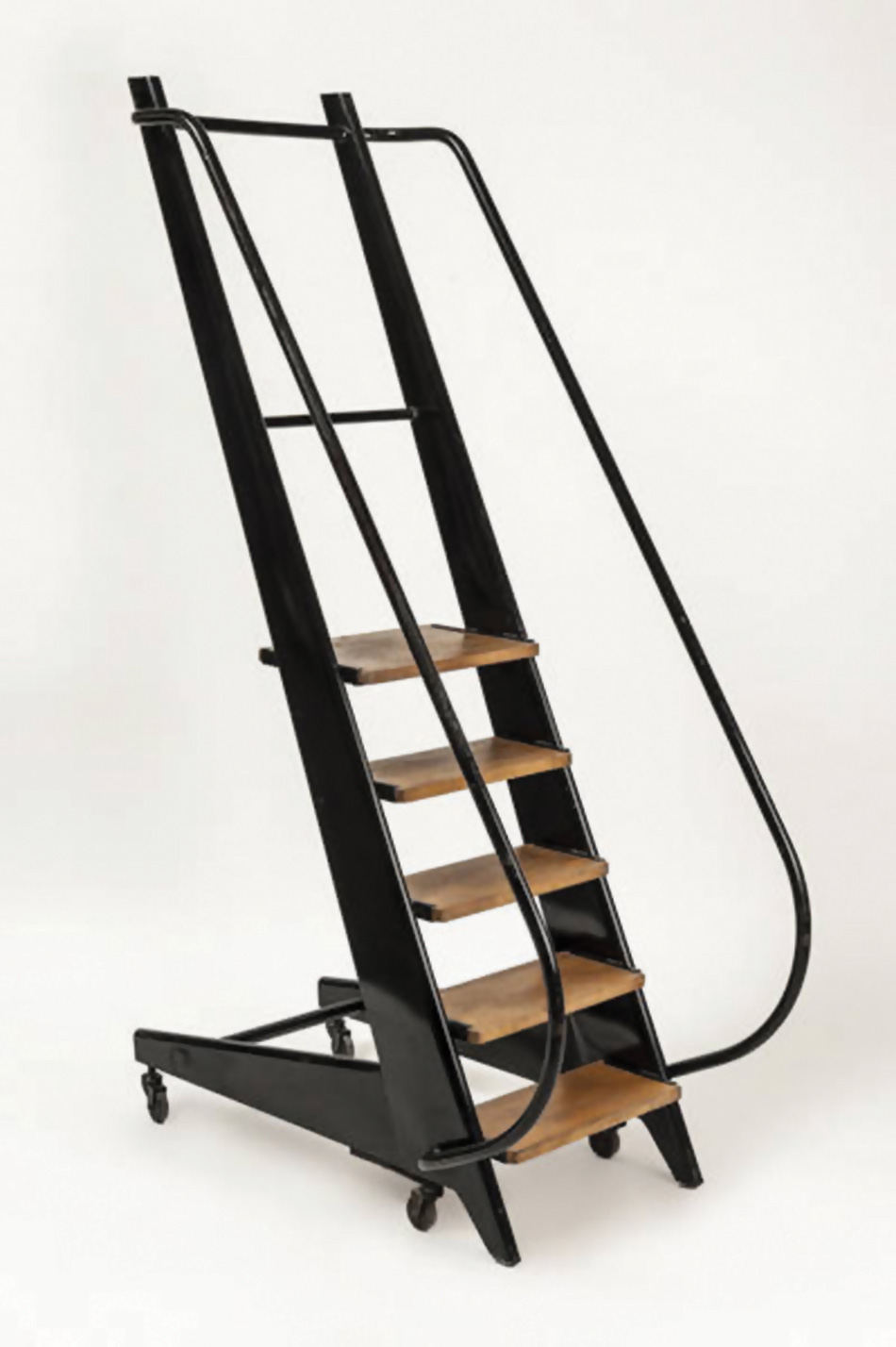 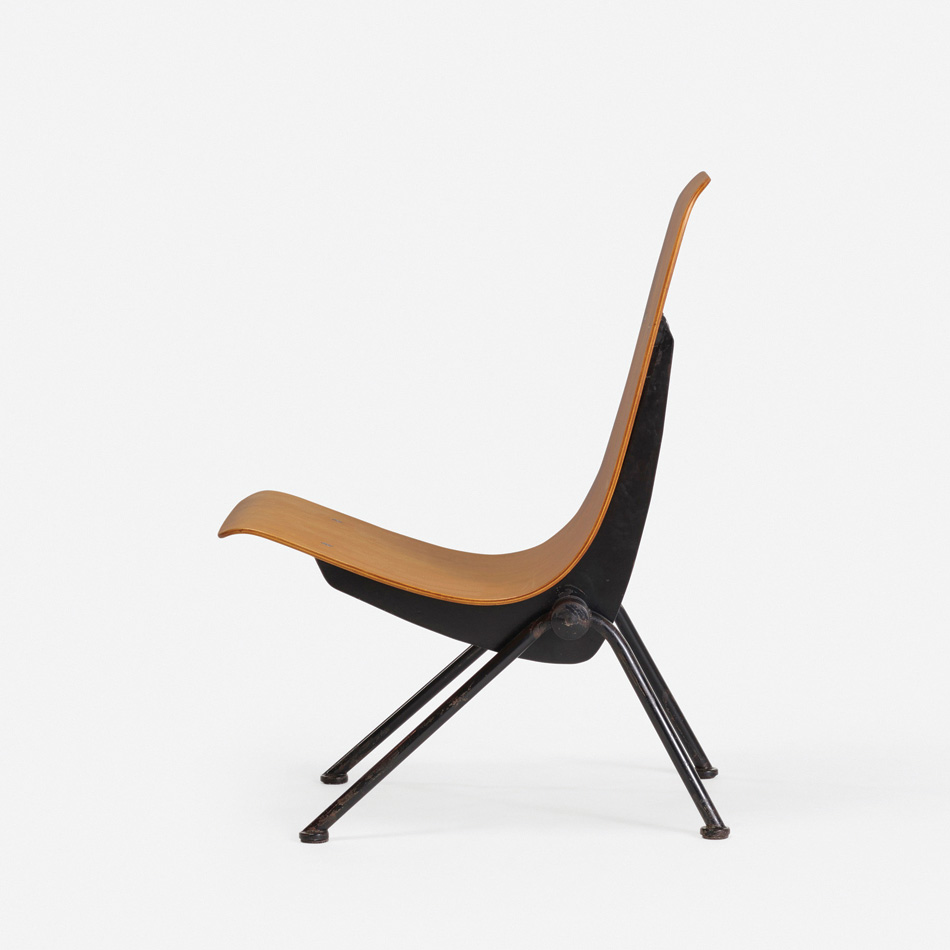 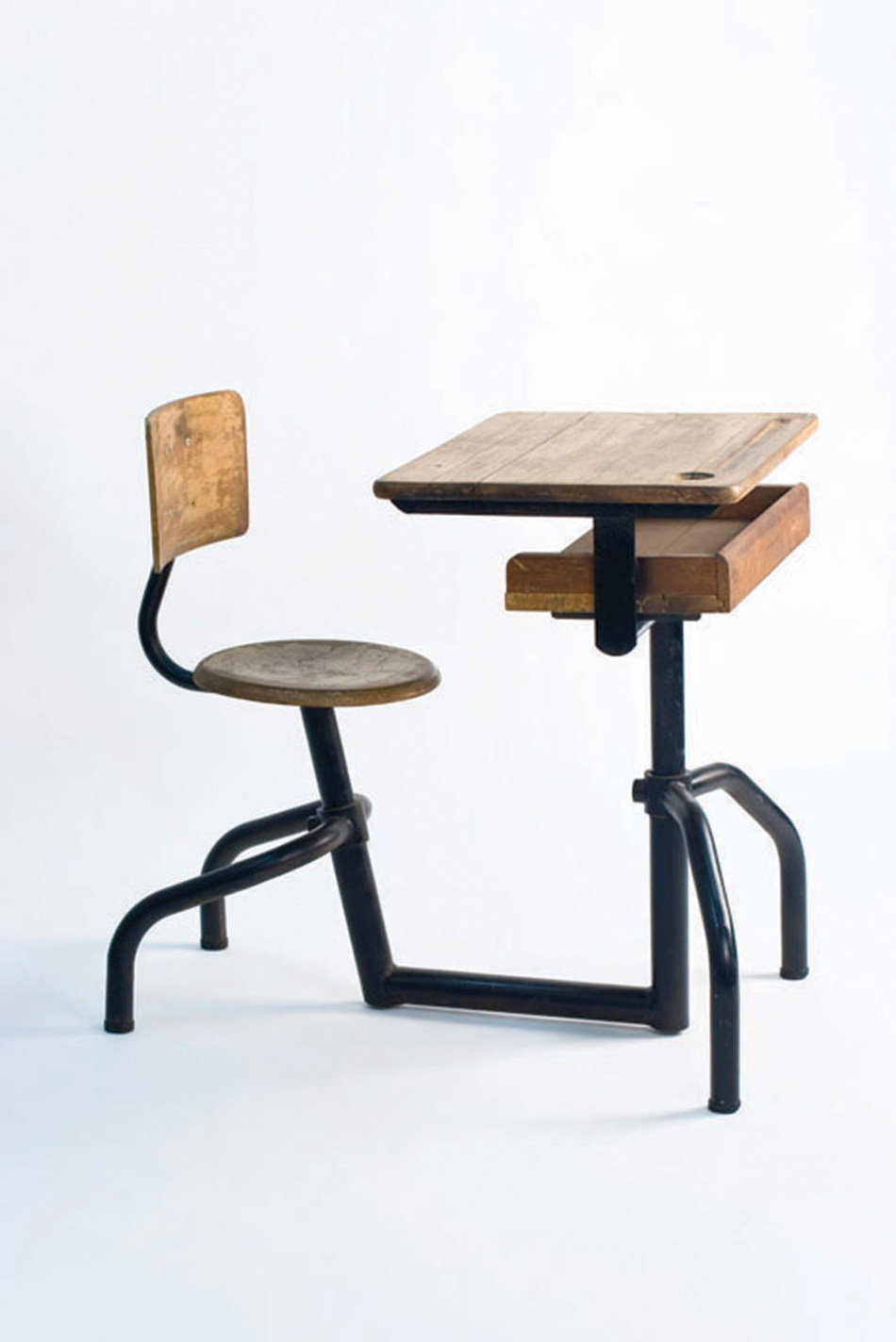 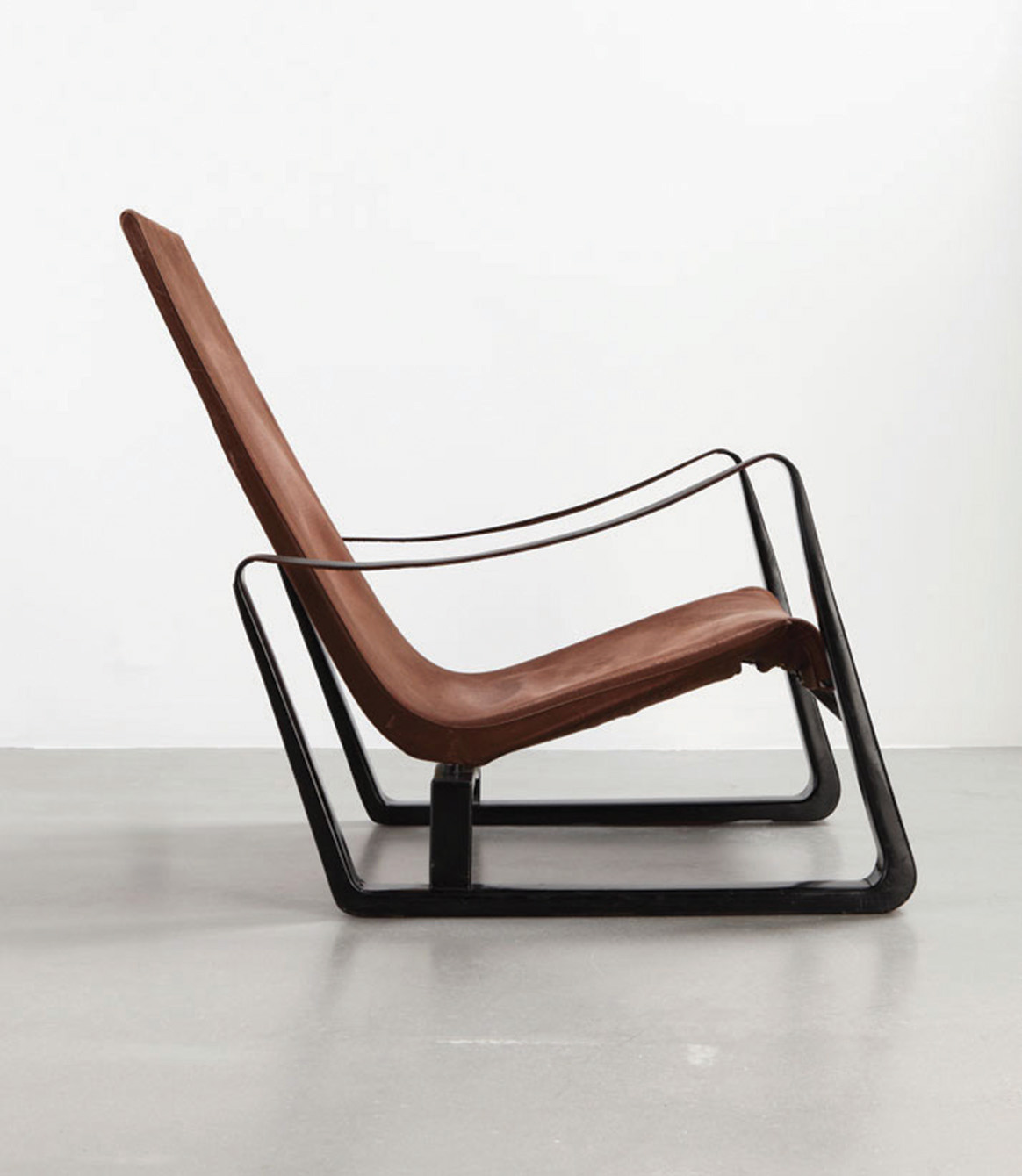 Military service in 1921 interrupted his progress but by the time he returned three years later he was ready to set up his own workshop in Nancy. As a “wrought iron craftsman” in his own right, he produced gates, railings, grills, balconies and chandeliers. He exhibited locally and most importantly at an international exhibition in Paris where he came into contact with modernism, inspiring in him a keen interest in sheet metal, stainless steel and ever more advanced techniques in welding. Crucially at this time he started to design and produce modern metal furniture and began lasting collaborations with some of the best-known designers and architects of the day, notably Le Corbusier, who would also become a frequent client to whom Prouvé’s sparse geometric aesthetic appealed.

In 1930 Prouvé was instrumental in setting up the Union des Artistes Modernes with Le Corbusier and other collaborators – “We like logic, balance and purity”. Clearly the École de Nancy ethos had rubbed off. At the age of 30 he founded “Ateliers Jean Prouvé” where he pioneered techniques in folded metal resulting in his “Standard” chair and various other designs primarily aimed at institutions such as schools and hospitals. Based on his intimate knowledge of the properties of the newly discovered materials at his disposal, Prouvé designed and produced a wide range of what has become iconic furniture throughout his career. The “Antony” chair, the “Bridge” armchair, the “Compass” table, Stool No. 307 – these have all become classics in the combination of physical functional strength with lightness and elegance of form. His philosophy consisted of always using the newest materials and latest techniques, whether designing an armchair or a
petrol station.

Such was his understanding of the properties and limitations of metal that he constantly strove to investigate and experiment with new materials that were easier to manipulate and twist, such as aluminium, and new processes like arc-welding, resulting in being one of the first to use folded sheet metal for building, producing prefabricated houses, building components, and furniture for the social sector. His Maison du Peuple in Clichy, which featured the first curtain wall, was described as “an outstanding monument of functionalism and a hymn to metal and folded sheet”. Utilising the innovative methods of folding sheet metal that he had developed, he went on to design a series of tables that have the perceived lightness of bridges plus the presence of architecture. “There is no difference between the construction of a piece of furniture and a house”, he said. Up until the Second World War his business grew and there was no shortage of work but the war inevitably presented new challenges and opportunities. 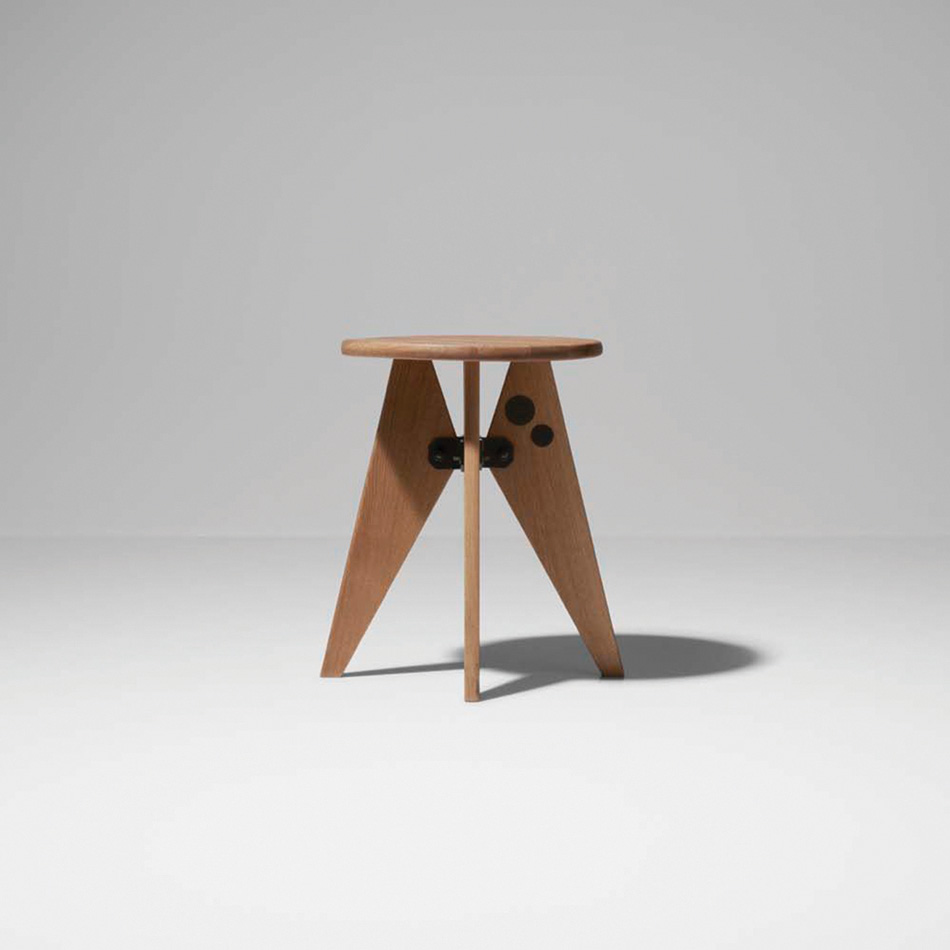 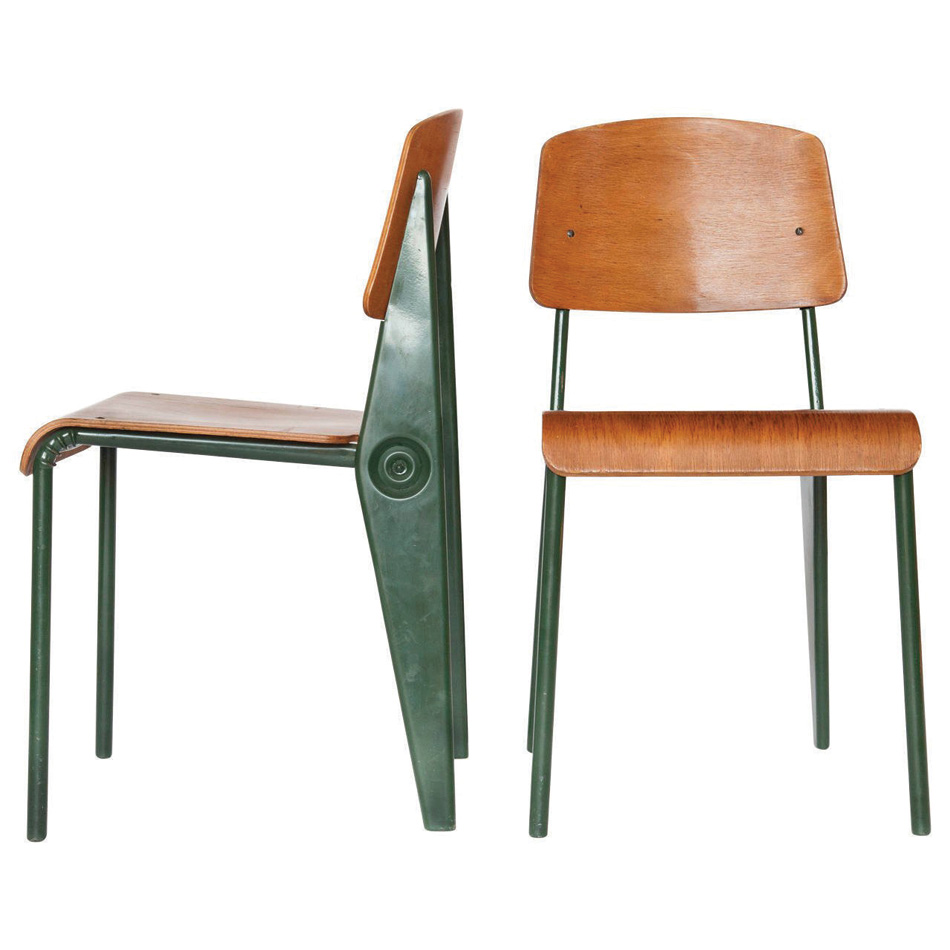 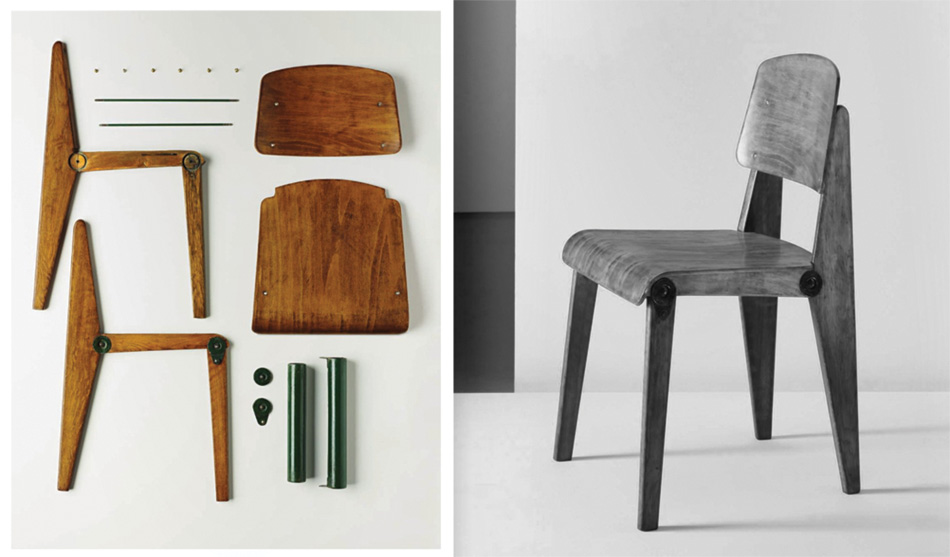 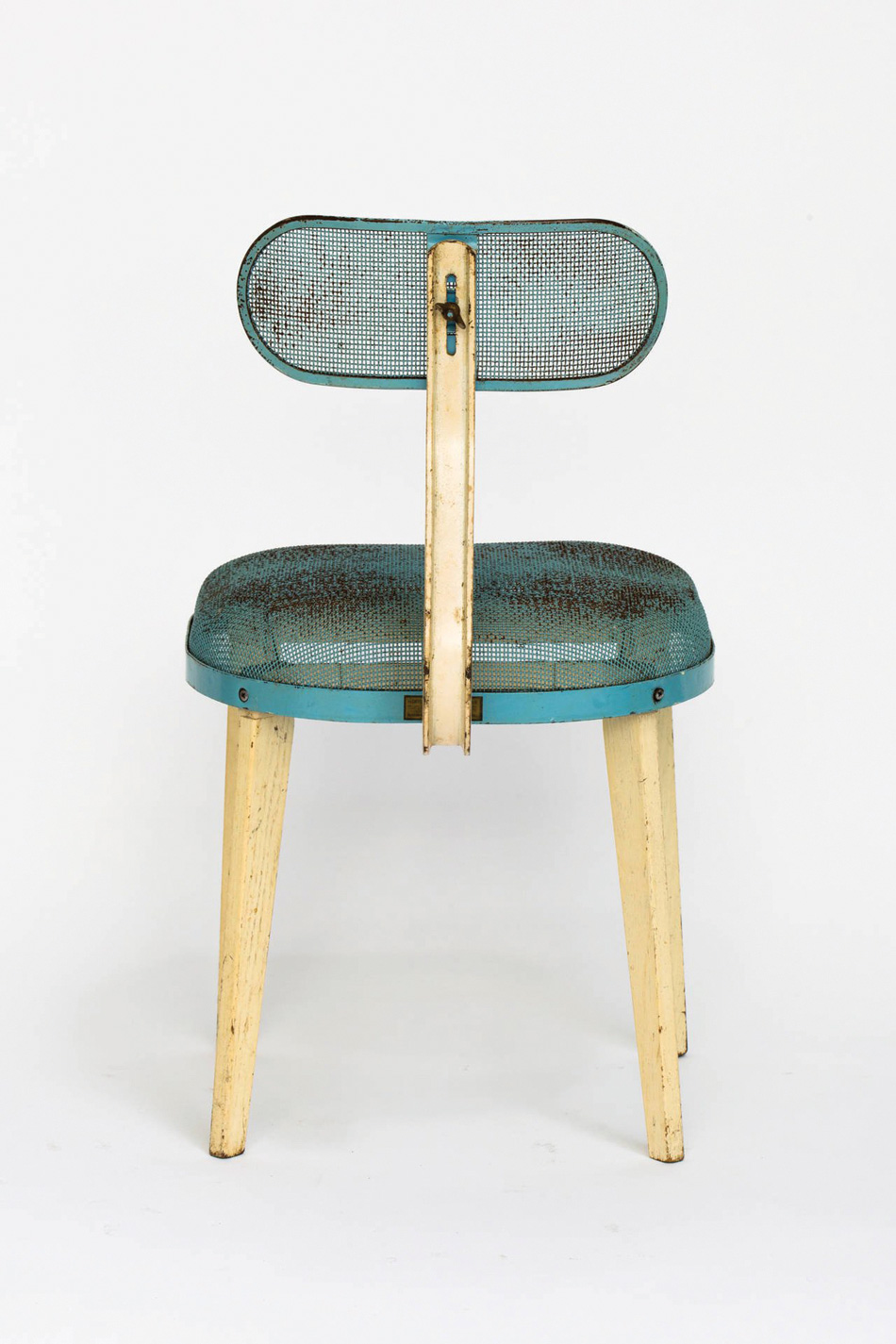 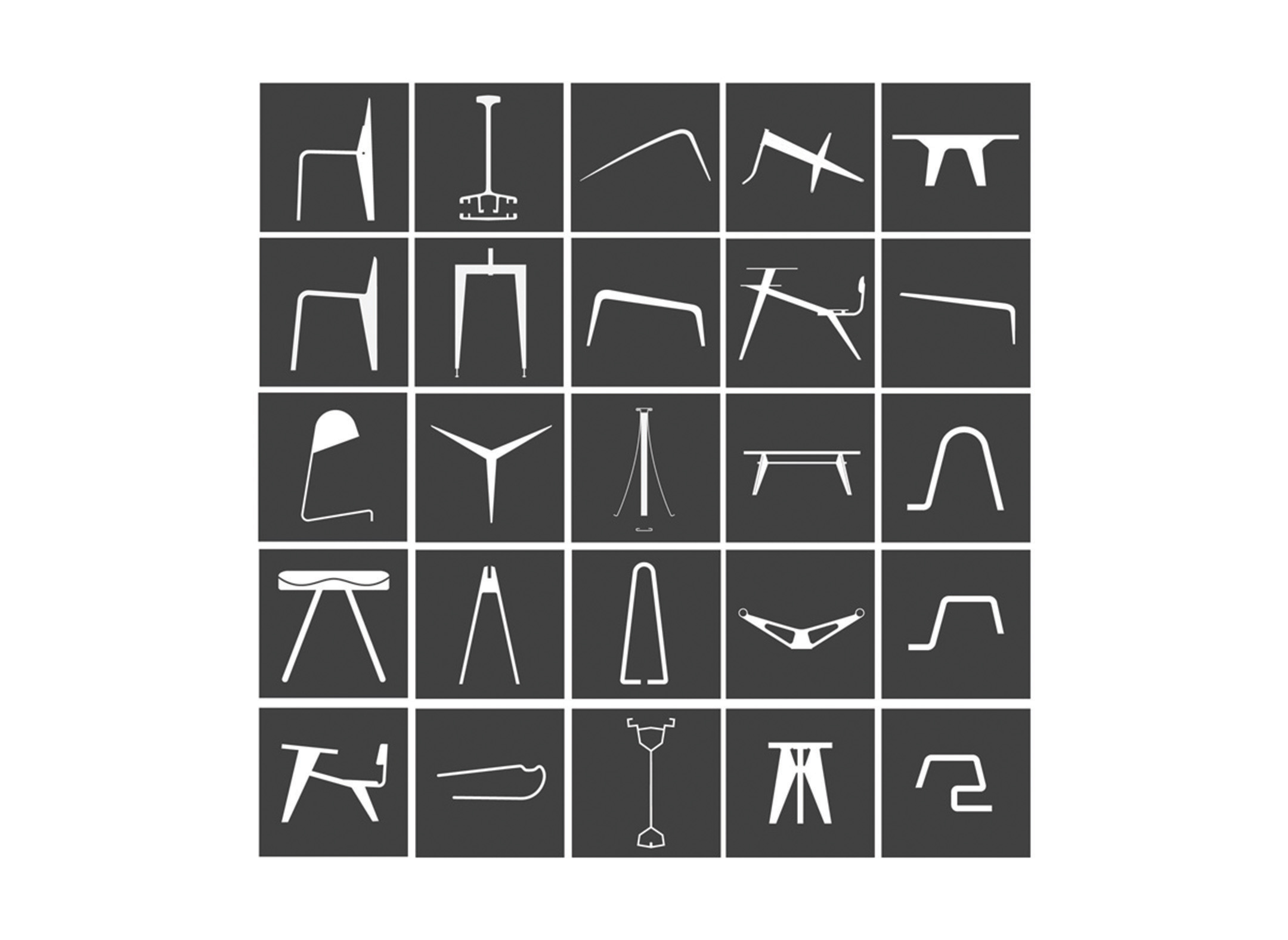 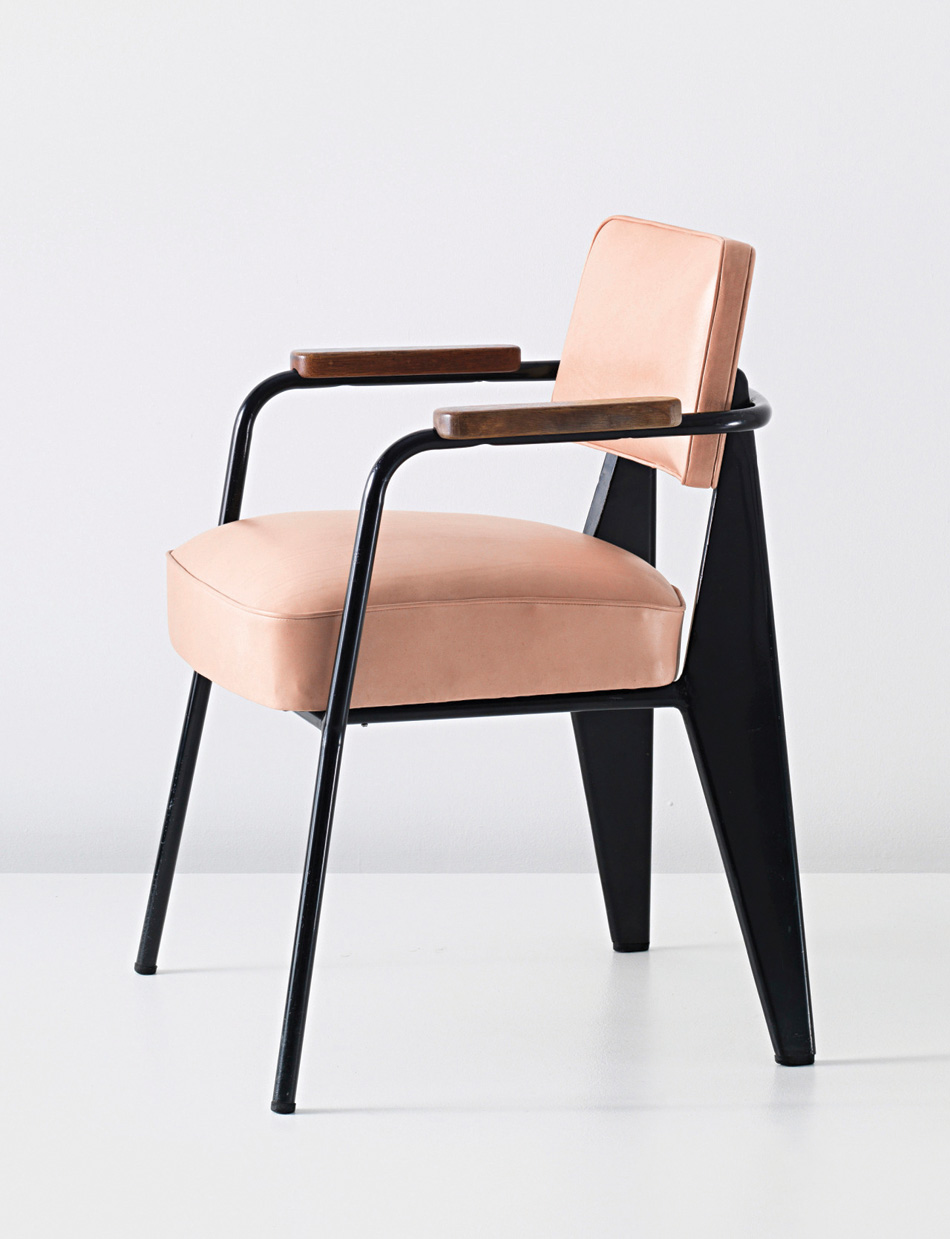 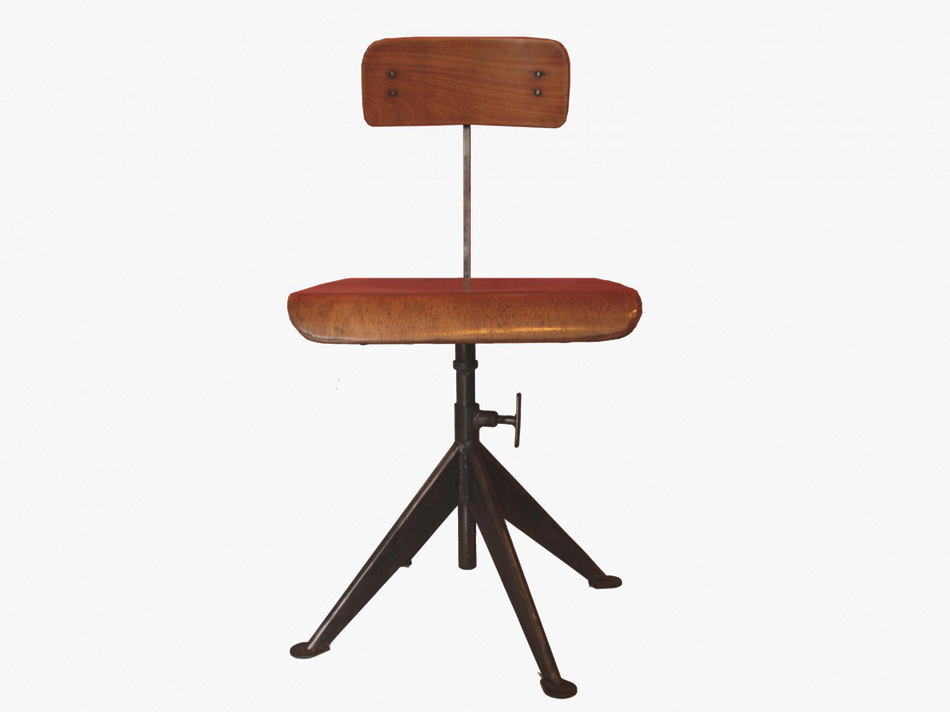 There were quotas on electricity and raw materials, and due to the scarcity of steel, Prouvé began working to create furniture where the dominant material was wood. He had already designed portable and demountable barracks for the French army and when the war ended the government commissioned him to design inexpensive, effective housing for those recently made homeless by the conflict. This led to an increased and passionate interest in the possibilities of prefabricated and mobile architecture.

The results included various demountable houses over the next few decades. The ease and speed at which these demountable buildings can be erected and dismantled is best appreciated through numerous short time-lapse films and animated drawings freely available on Vimeo courtesy of Galerie Patrick Seguin, the primary gallerist, collector and guardian of Prouvé’s oeuvre. The 1939 4×4 Military Shelter, the 1944 6×6 and the1945 8×8 Demountable Houses, the1956 Temporary School of Villejuif, the 1969 Ferembal House and Total Filling Station, can all be seen being assembled sometimes in a matter of hours by a team of as few as four men with basic tools. The 1949 Metropole Aluminium House being set up at the Tuileries Garden in Paris, perhaps best demonstrates the industrial materials which were the hallmark of this self-taught architectural innovator.

Another noteworthy project in the early ‘50’s was the Maison Tropicale, a lightweight prototype house that could be shipped flat-packed, and was meant for use by Air France employees in the Congo incorporating adjustable sun shutters specifically tailored for the climate of the French colonies of tropical Africa.

Having been politically active during the war as a member of the Resistance, at liberation he was rewarded with the position of Mayor of Nancy and later honoured with Chevalier de la Légion d’honneur for his wartime activities.

As an employer, Prouvé was described as “a boss who remained a fellow-worker” and “extremely unpretentious” as a person. He was a pioneer of worker participation, introducing a minimum wage and profit sharing for employees. He instilled in his colleagues great pride in their work and his enthusiasm engendered team spirit in the workplace, which in turn resulted in increased productivity. Again, this was the social consciousness promoted by the École de Nancy in action.

In 1953 Prouvé stepped down as CEO of his company after policy disagreements with his majority stakeholders Aluminium Français and in so doing lost the factory he had set up in Maxéville near Nancy. The following year he built his own minimalist house on a steep hillside overlooking his hometown, using the principles he had developed for the various demountable houses and what he described as “left-overs” from previous projects.

He remained heavily involved in various architectural and furniture projects and collaborations as well as finding time to continue his teaching. Throughout his career he was presented with numerous prizes and awards for his work and in 1965 was honoured as Chevalier de l’ordre des Arts et des Lettres. In 1971 he played a decisive role as president of the jury of the International Competition for what would become known as Centre Georges Pompidou in Paris, by selecting the winning project by Richard Rogers and Renzo Piano.

Prouvé died in 1984 leaving an important enduring legacy as one of the 20th century’s most influential and innovative industrial designers, and all aspects of his work have won new appreciation among connoisseurs of modern design. As an architect, most of his buildings are protected as classified historic monuments, and his furniture is much sought after by museums and collectors. Because of their very nature, his ‘demountable’ houses, those that have survived, command high prices at auction. His Maison Tropicale sold for just under $5 million in 2007 and an original example of his all-wood Standard chair is currently on sale for nearly €11,000. His collectors include actor Brad Pitt, gallery owner and mega art dealer Larry Gagosian, and fashion designer Marc Jacobs. The combination of functional engineering and artistic sensitivity has given his work a relevance that is every bit as current today, and Vitra, the Swiss furniture company, issues re-editions of some of his designs in close cooperation with the Pouvré estate.

Jean Prouvé’s lifelong commitment to the exploration of new materials, innovation in prefabrication and industrialization, and constant experimentation, combined with elegant aesthetics and a strong social conscience has placed him at the very pinnacle of 20th Century design and architecture.