A place of collaborative craftsmanship made by artists, makers, designers and fantasists 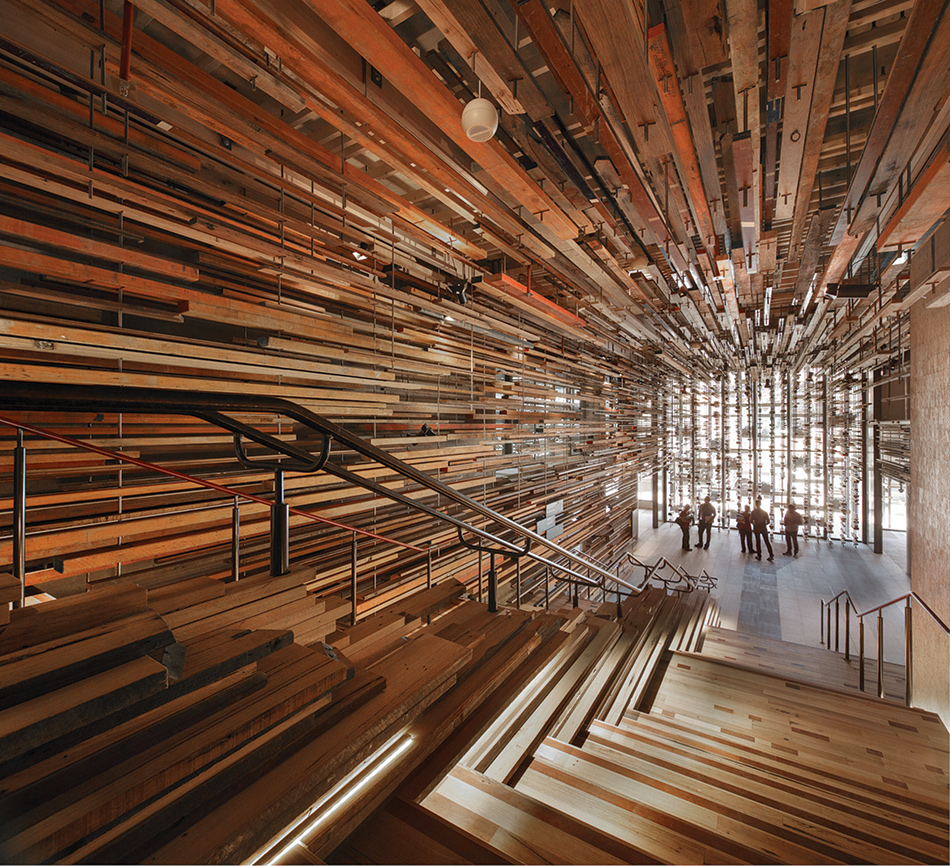 The artisan-focused property and creative production house Molonglo Group is responsible for Hotel Hotel’s conception and its creative authorship, co-designing its architecture, interior spaces and custom design pieces, and curating the artworks, objects, furniture and furnishings that live there.

The 68 hotel rooms are dressed with salvaged and restored 20th century Australian furniture, original artworks, collected objects, and artisan-made furnishings. The beds are made from reclaimed oak, while the walls are a mix of concrete, cork, earthen clay, and natural fibre wallpapers. They are a re-imagination of the textures and layers of an Australian shack and landscape expressed through raw materials.

A few of the many finishing touches include Aesop amenities and heated bathroom floors. 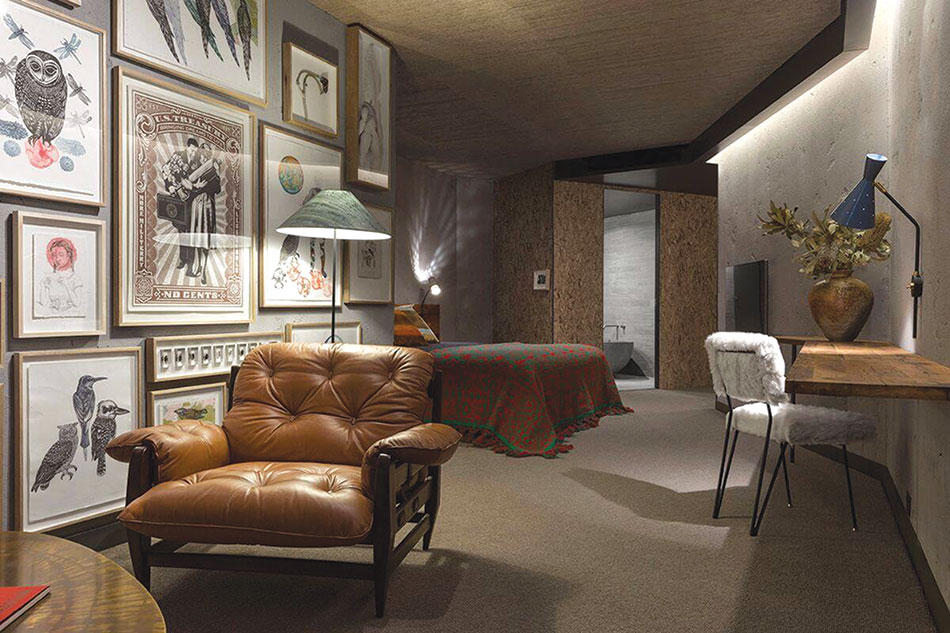 Half of the rooms look out of their opening hardwood windows onto the lake or bush; and half onto the internal atrium populated with Tasmanian tree ferns salvaged from forests destined for deforestation.

The salon and dining rooms pay homage to post war immigration to Australia and the eclectic-kitsch tastes that came with it.

The hotel’s public lounge is a series of nested spaces made of woven rough-formed concrete structural lintels. The lounge houses the reception and concierge; a library stocked with small press and vintage books; two fire places; and the Monster kitchen and bar with its Mosaic room, and Salon and Dining rooms.

The Mosaic room is a triple height room filled with large-scale original artworks. The Salon and Dining rooms pay homage to post war immigration to Australia and the eclectic-kitsch tastes that came with it – a shattered terrazzo floor and an original 1940s floral carpet, 1850s Greek oil paintings alongside German and American 1960s neon prints.

The Monster kitchen and bar wanders throughout these lounge spaces preoccupied with local and seasonal food prepared for sharing.The hotel sits in the environmentally thoughtful pineapple-shaped Nishi building within Canberra’s arts and cultureprecinct, NewActon.

Hotel Hotel is connected to the NewActon precinct, its amenities and gardens, by the grand stair; a geometric explosion of salvaged local and interstate timbers. Scattered throughout NewActon are 39 Hotel Hotel managed apartments. 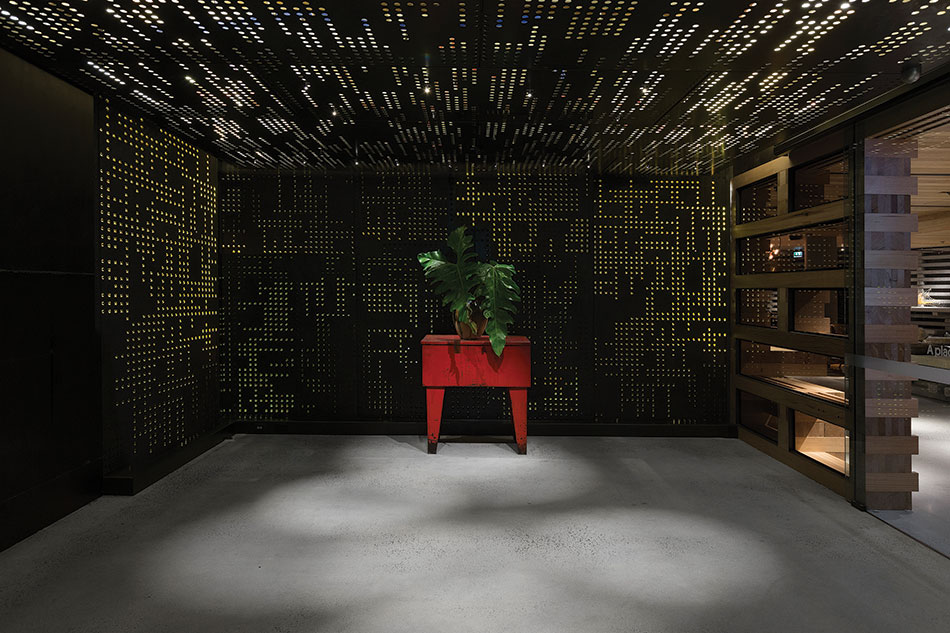 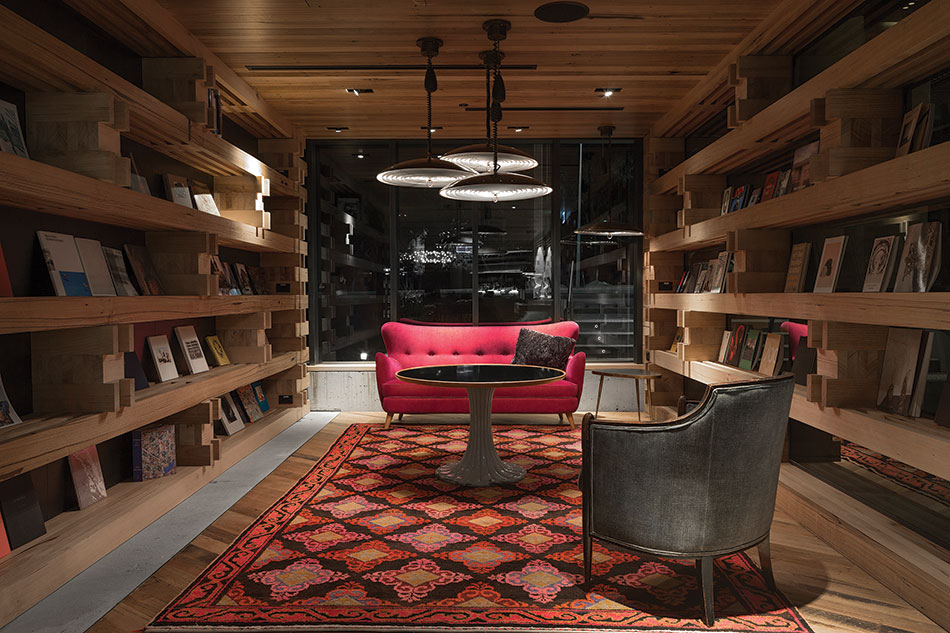 Molonglo Group sees the process of design in a non-linear way. “More like a soup of evolutionary biology than an industrial factory floor.” It is a slow, interative and layered process about people and their connections with themselves, objects, activities, and the landscape they live in. As such, they embrace a messy, collaborative and cross-disciplinary design approach.

The result of Molonglo Group’s collaboration is a re-evaluation of the consumption culture that dominates much of contemporary design and manufacture. It favours the work of designer-makers, artists and curators who are invested in the authenticity, integrity and care of the well made. The notion extends to those people not generally cast into the designer spotlight, but who are equally essential to the proposal. The artist and the framer that framed their artwork so well. The tile maker and the tiler that laid the tiles with such care. The curator that collected the mid-century furniture pieces and re-upholsterer and French polisher that restored them. The furniture designer and iron monger, brazier and carpenter that made the design possible. The chef and the producer that grew the ingredients. And the endless banter that goes with it all. 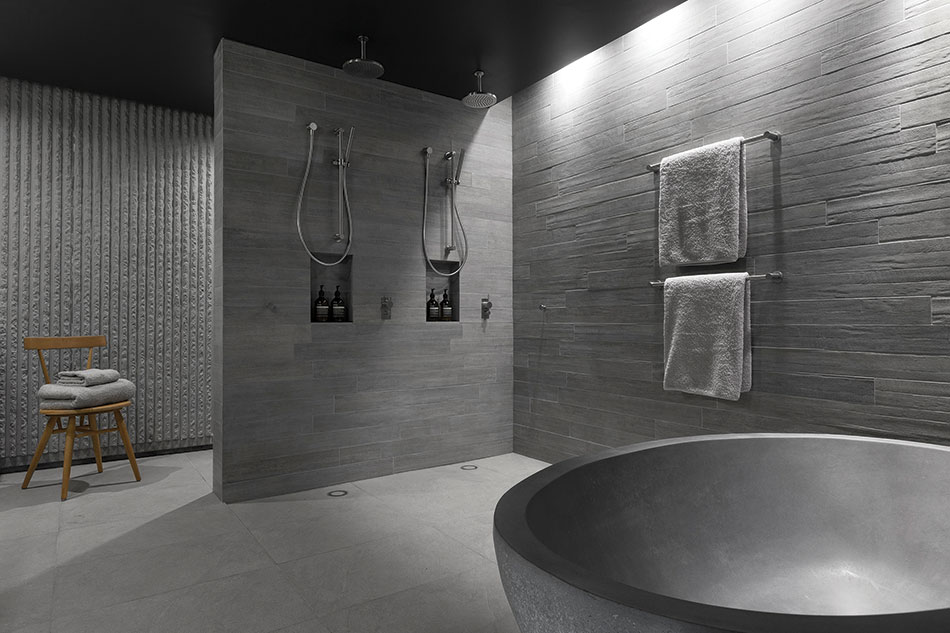 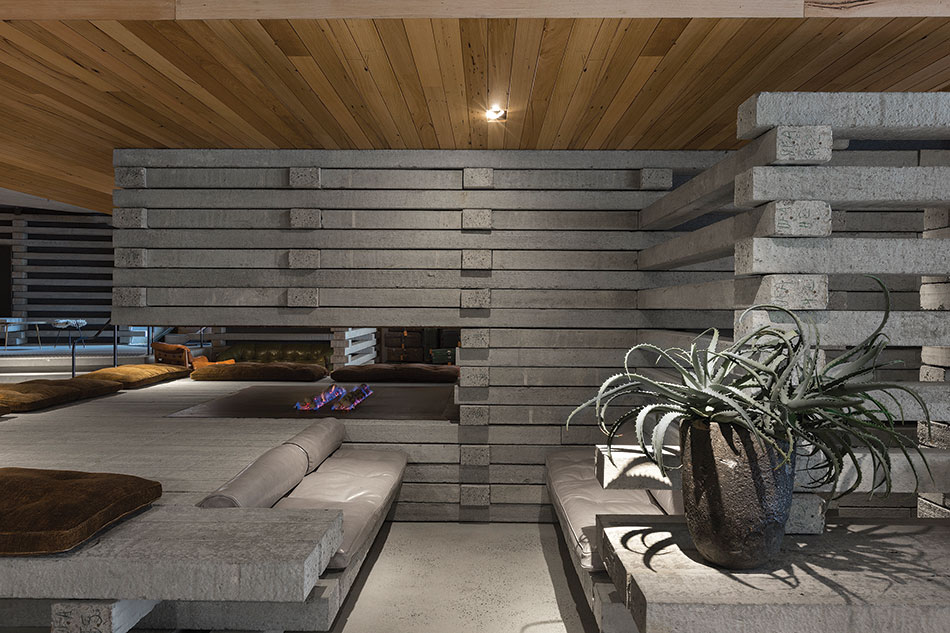 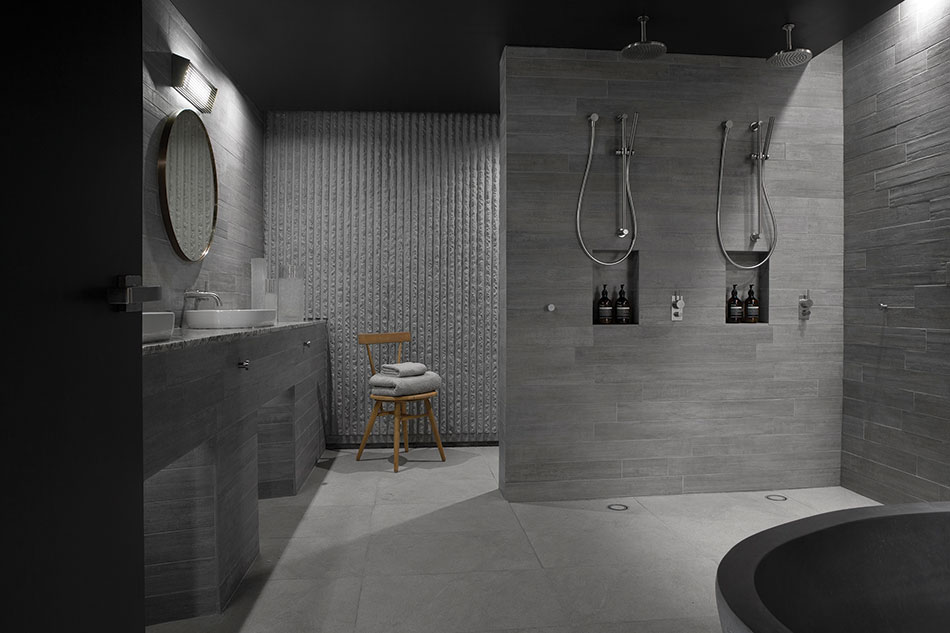 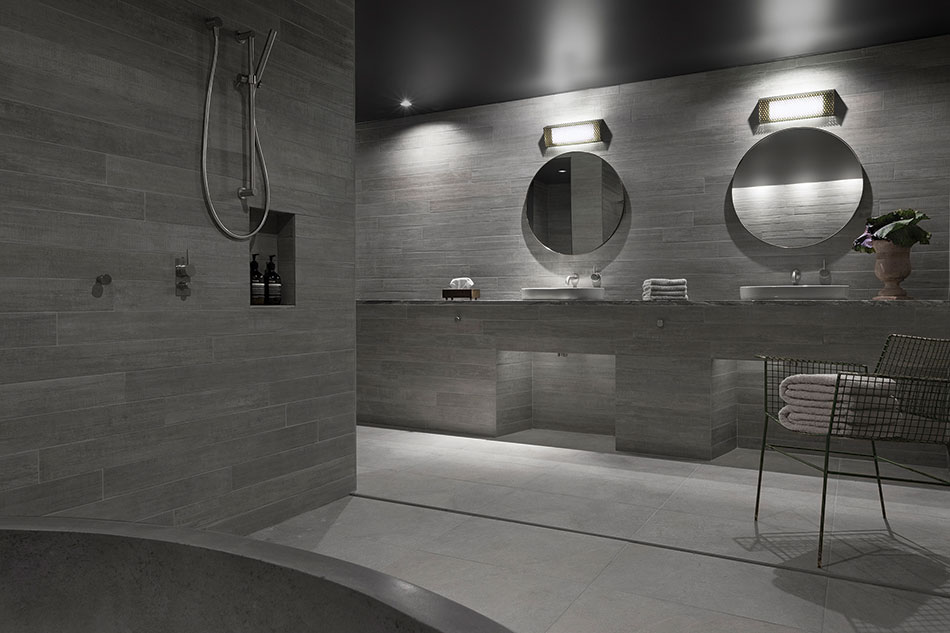 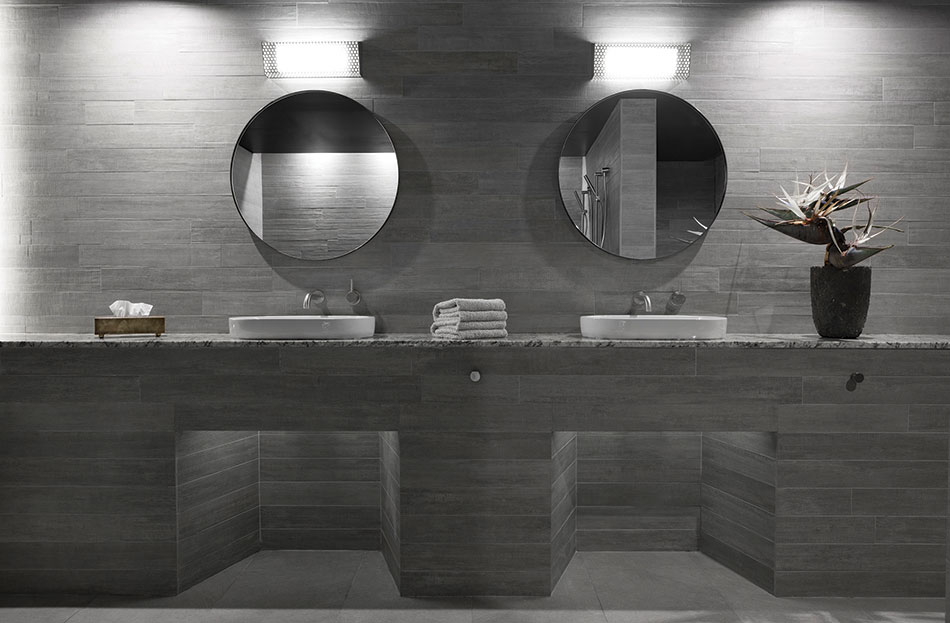 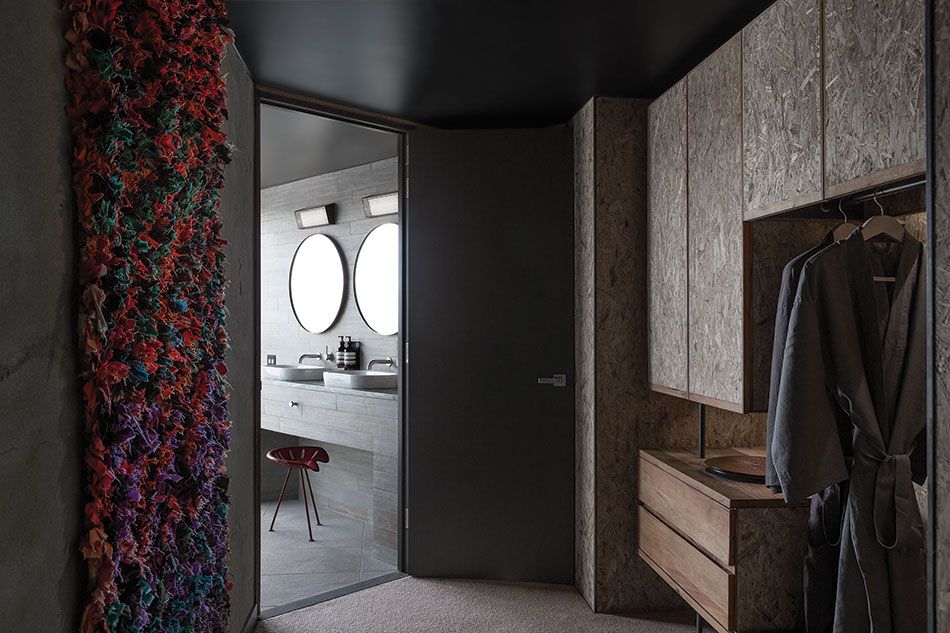 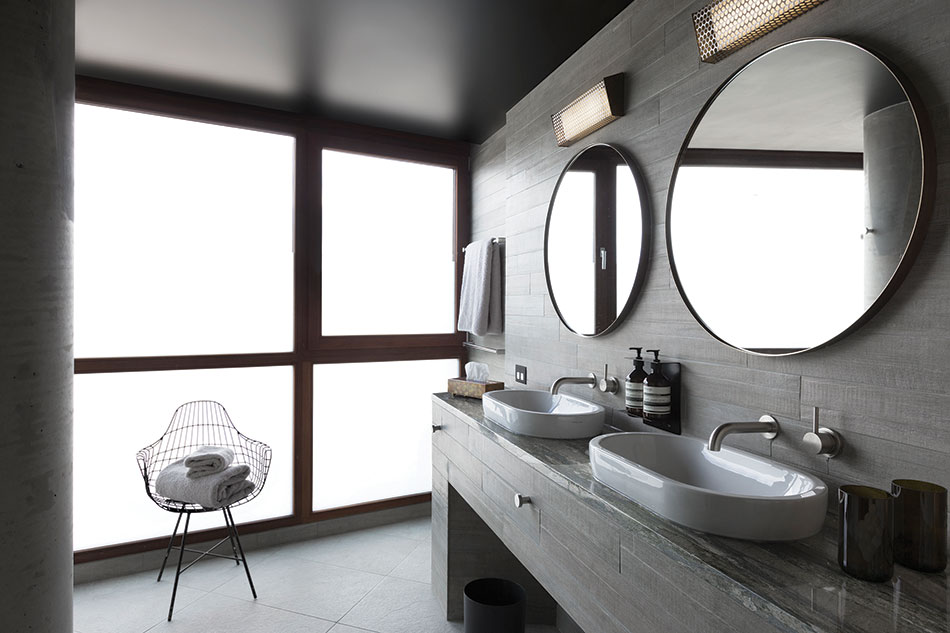 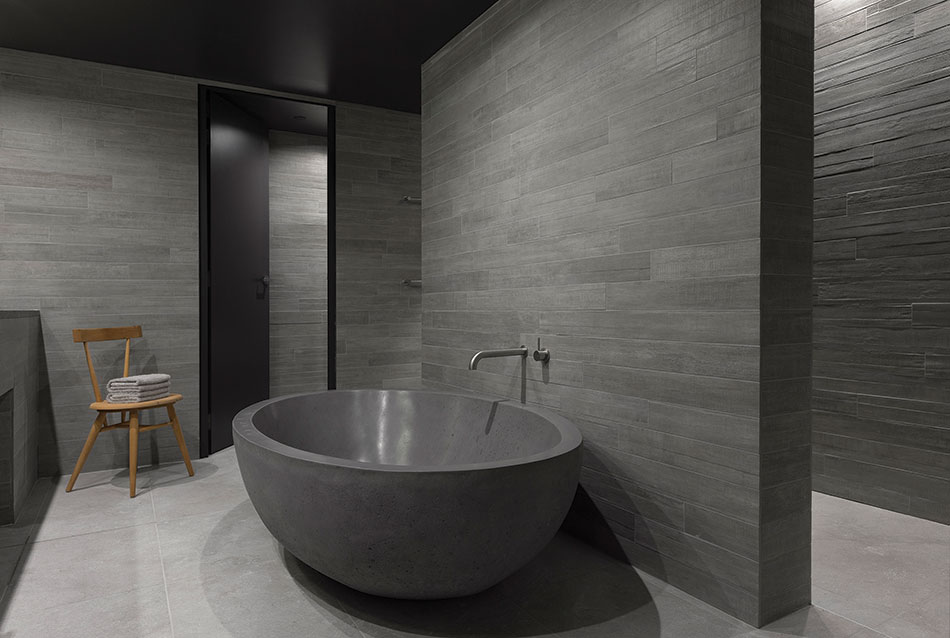 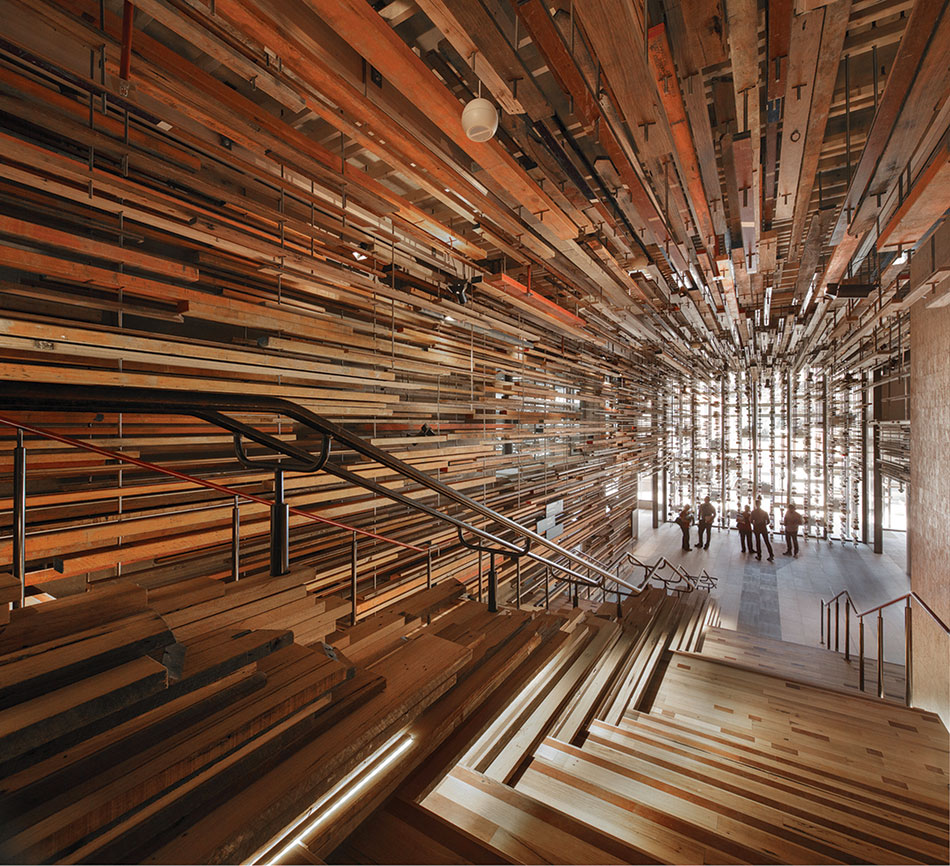 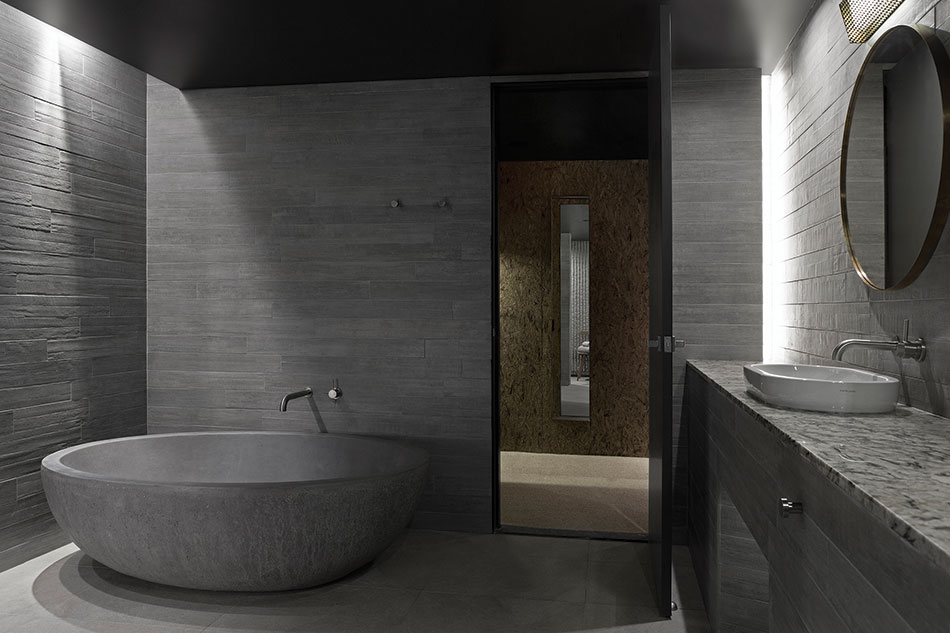 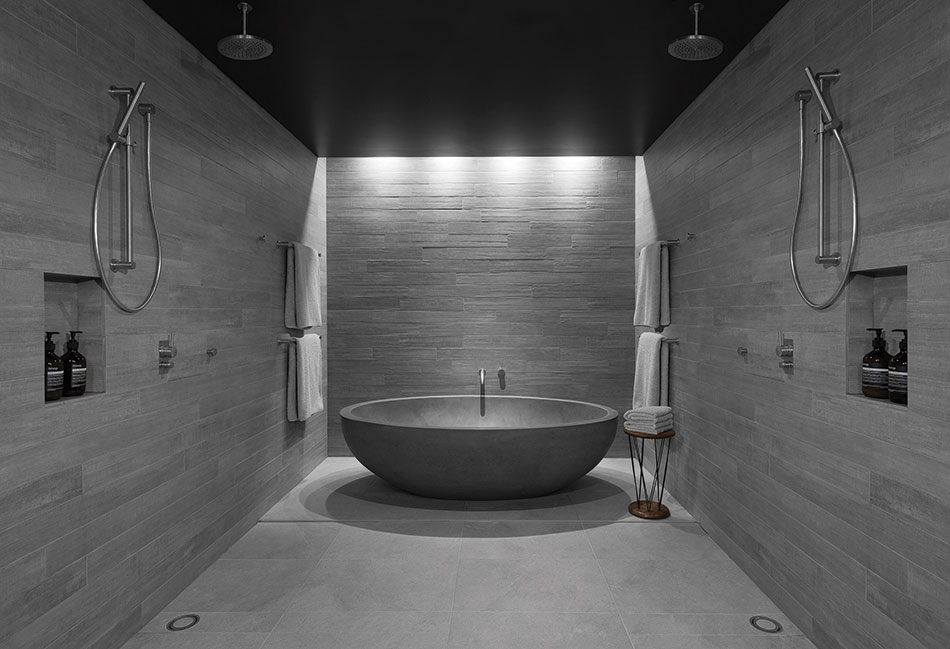 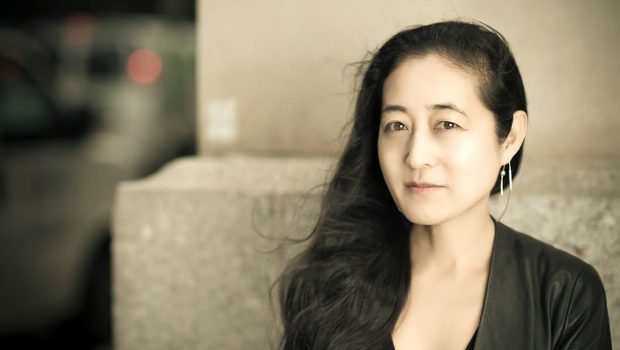 VAMP meets with Ryoko Okada, Director of Interior Architecture and Design at ODA based in New Y ...

Dayna Clarke introduces us to a philosophy that could be your antidote to the stress of modern ...

Designers at Egue y Seta in Spain describe themselves as “A team with a sharp eye and big ear ...

The dream of living in a tree house is no longer kept for the imagination.... 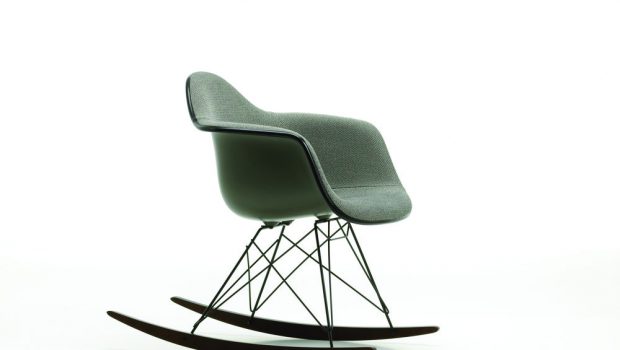 Add contour to your living space with this eccentrically delicious collection with an em... 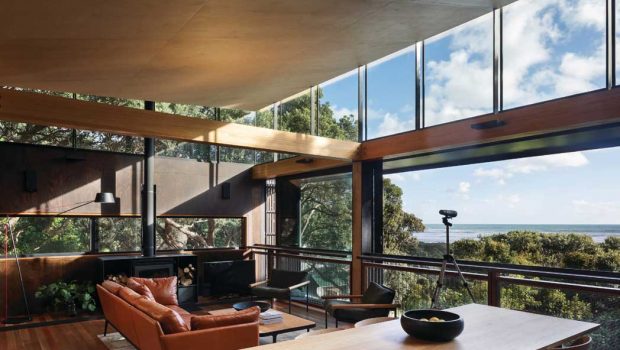 Located on a steep mountain slope close by to a volcanic sand surf beach on the west coa... 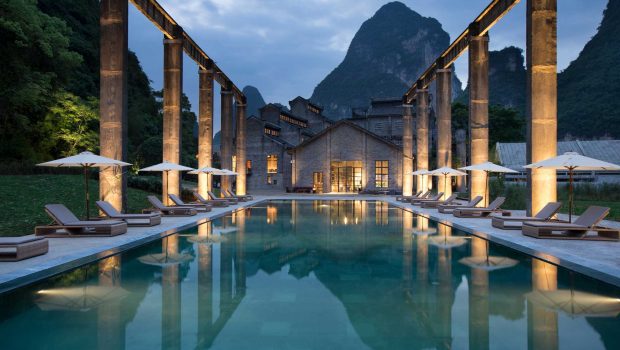