Vamp discovers the laid-back chic of The Surf Lodge, located just three hours from New York at the edge of the beautiful Long Island coastline.

In 1985, the US supreme court unanimously voted that Long Island is not, in fact, an island, but a peninsula. Yet official definitions aside, it definitely feels like an island; cut off, surrounded by irresistible ocean, and characteristically easy-going. 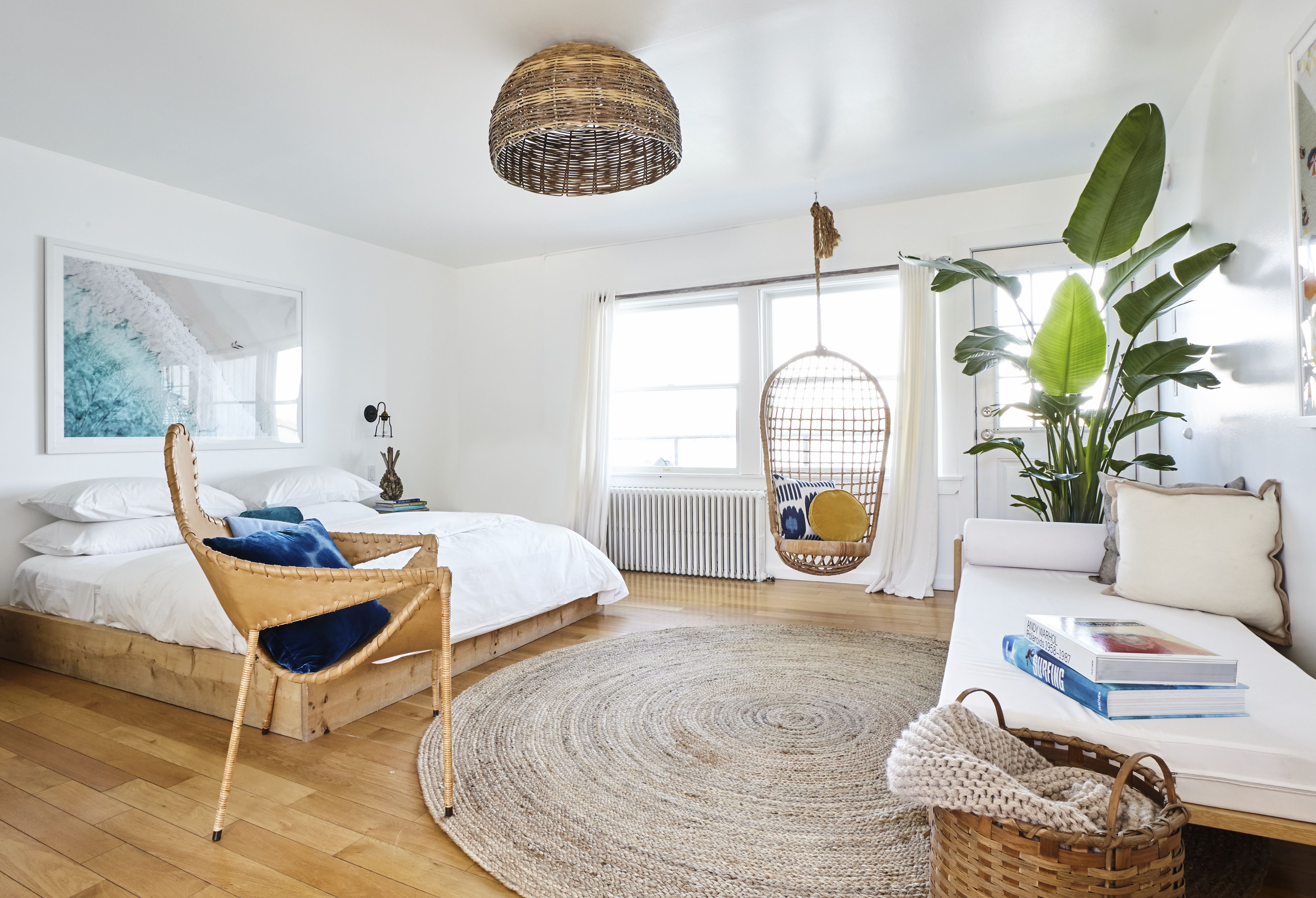 For New Yorkers, the scenic shores, sprawling farmland and opportunities for adventure on nearby Long Island represent a welcome escape from the relentless, hectic buzz of the Big Apple. For those travelling to this part of the world from far and wide, combining a trip to New York with a stopover in Long Island adds an element of relaxation to an otherwise high-intensity city break. 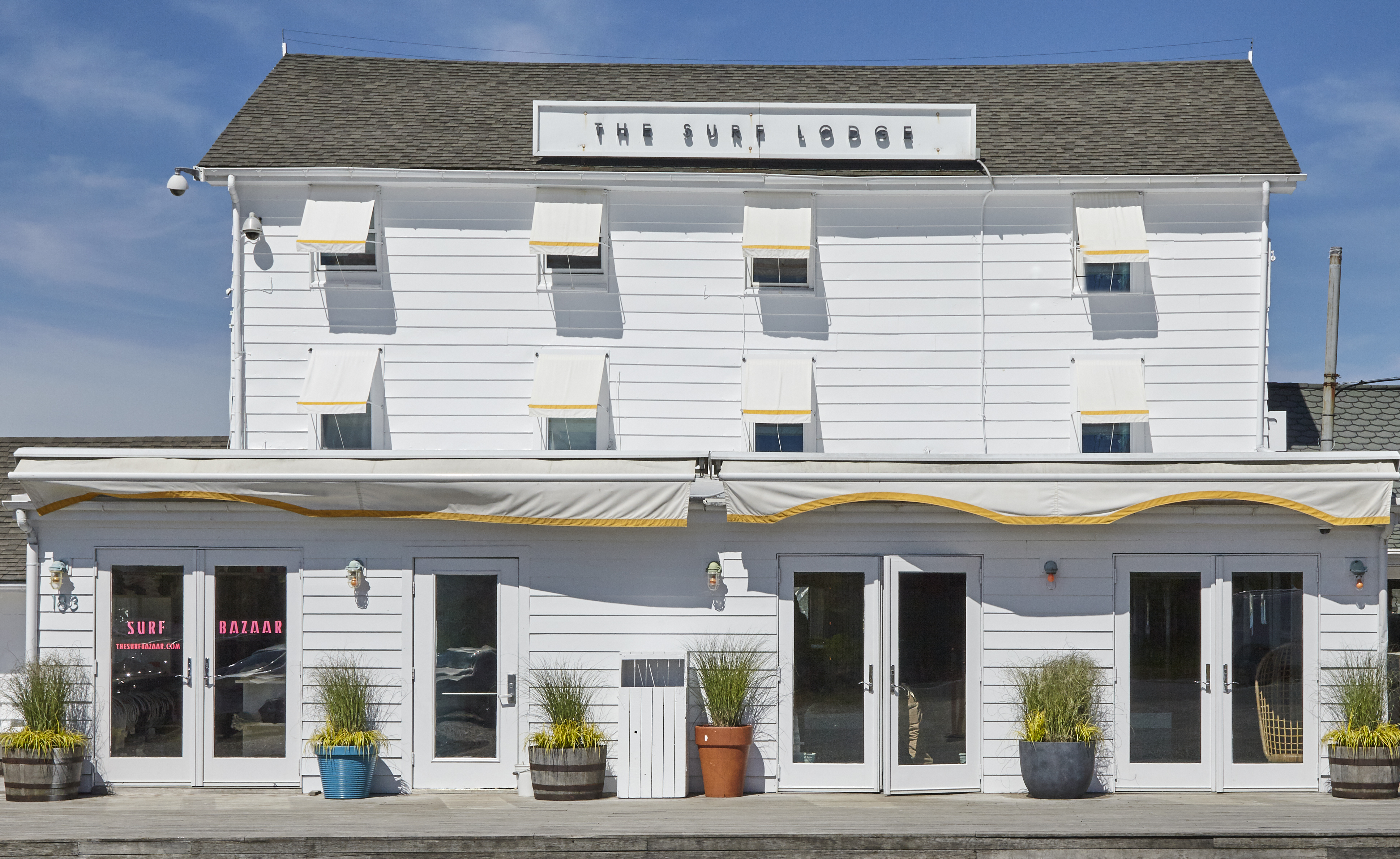 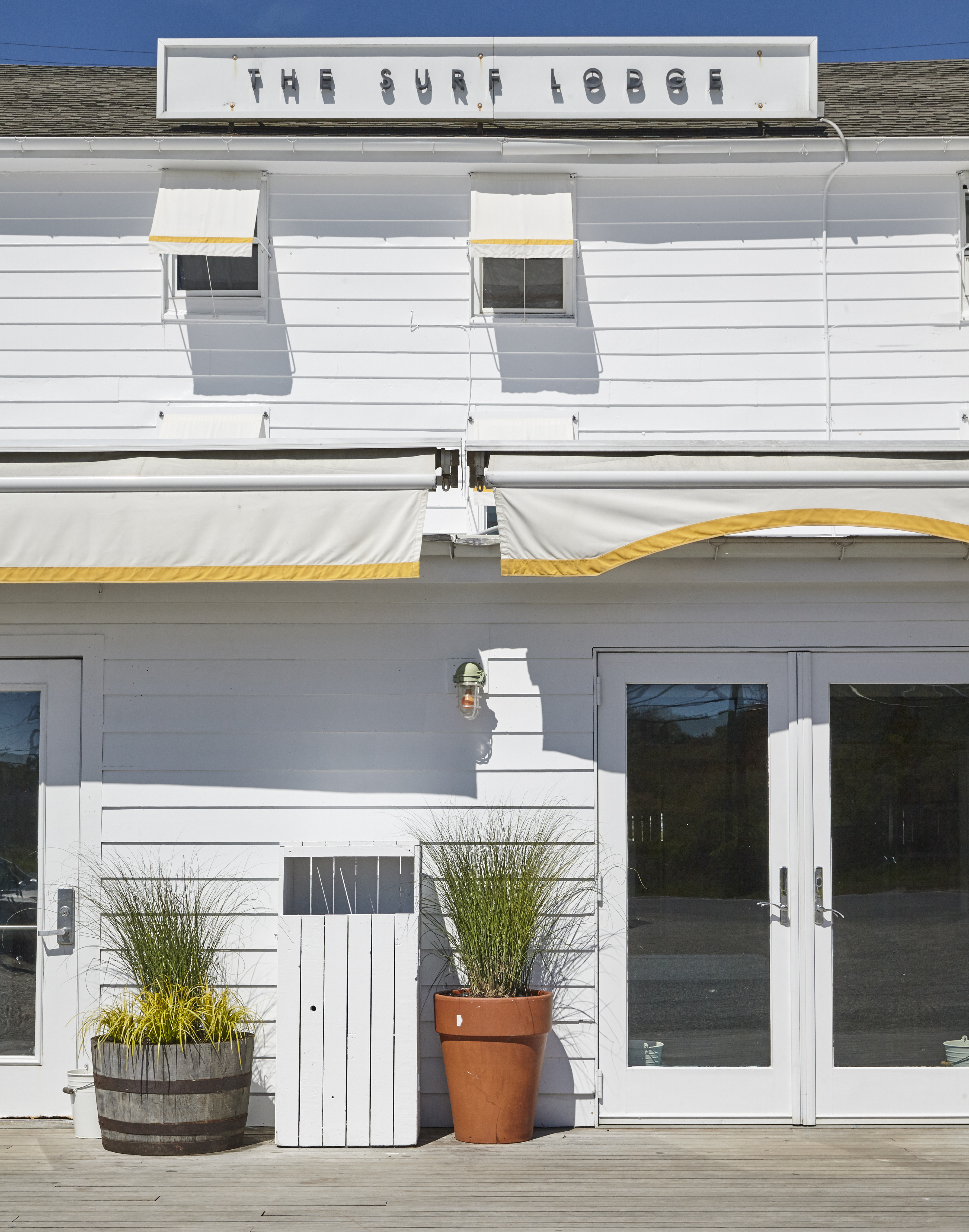 Long Island is about the size of Majorca and is perhaps most famous for The Hamptons. Located on the East Side of the island, the Hamptons is a stylish summer destination for the rich and famous. Real estate prices here are among the highest in the US and in the summertime, socialites flock here for the sunshine, social life and surf. 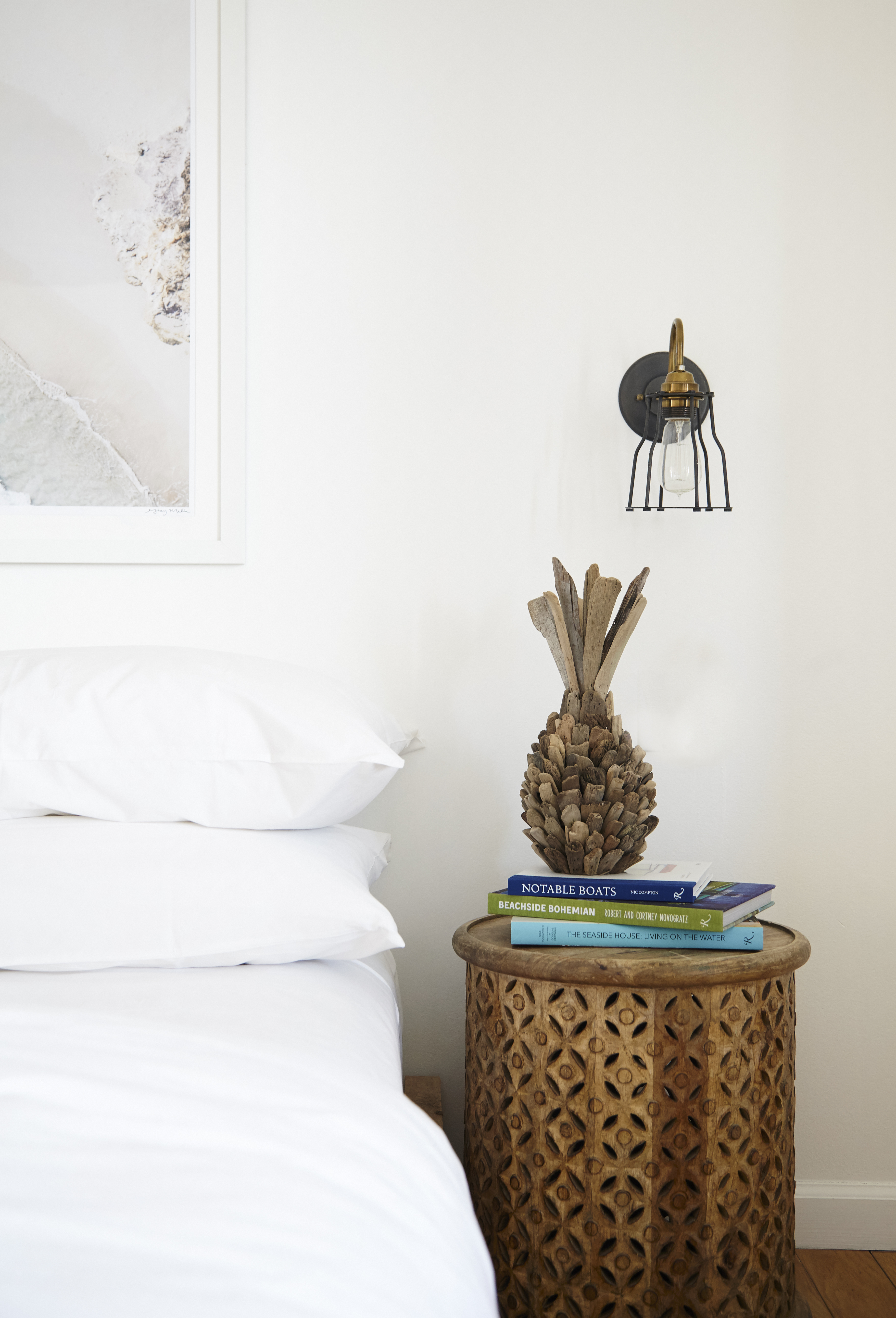 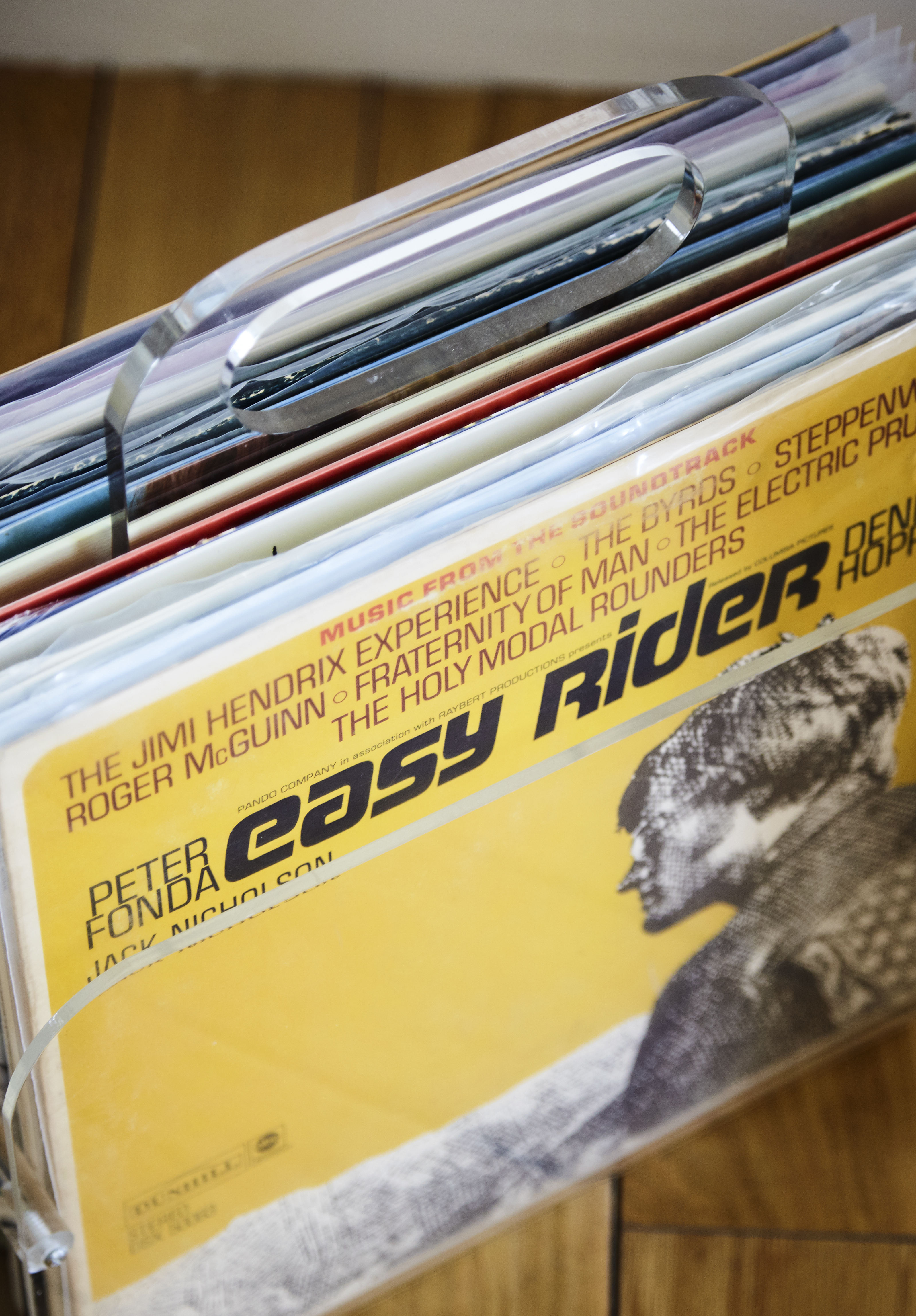 One of the quieter and some would say, less crowded districts of the Hamptons is Montauk. Named after the area’s indigenous tribe, Montauk sits on the far end of the peninsula, three hours from Manhattan: so it is a great respite from the urban bustle.

With its bohemian look and idiosyncratic style, the Surf Lodge is a boutique hotel in Montauk that was originally built in 1967. Since then it has become one of the most sought-after destinations for both local and international travellers alike. The hotel boasts fantastic views and a convenient location both near the train station, great water sports spots, and other Montauk sights. It is only open from May to September, thus taking advantage of the influx of guests, both surfers and beach bums, at that peak time of the year. The beach is just half a mile away, so you can definitely get some swimming, surfing, or kayaking in if those activities tickle your fancy. 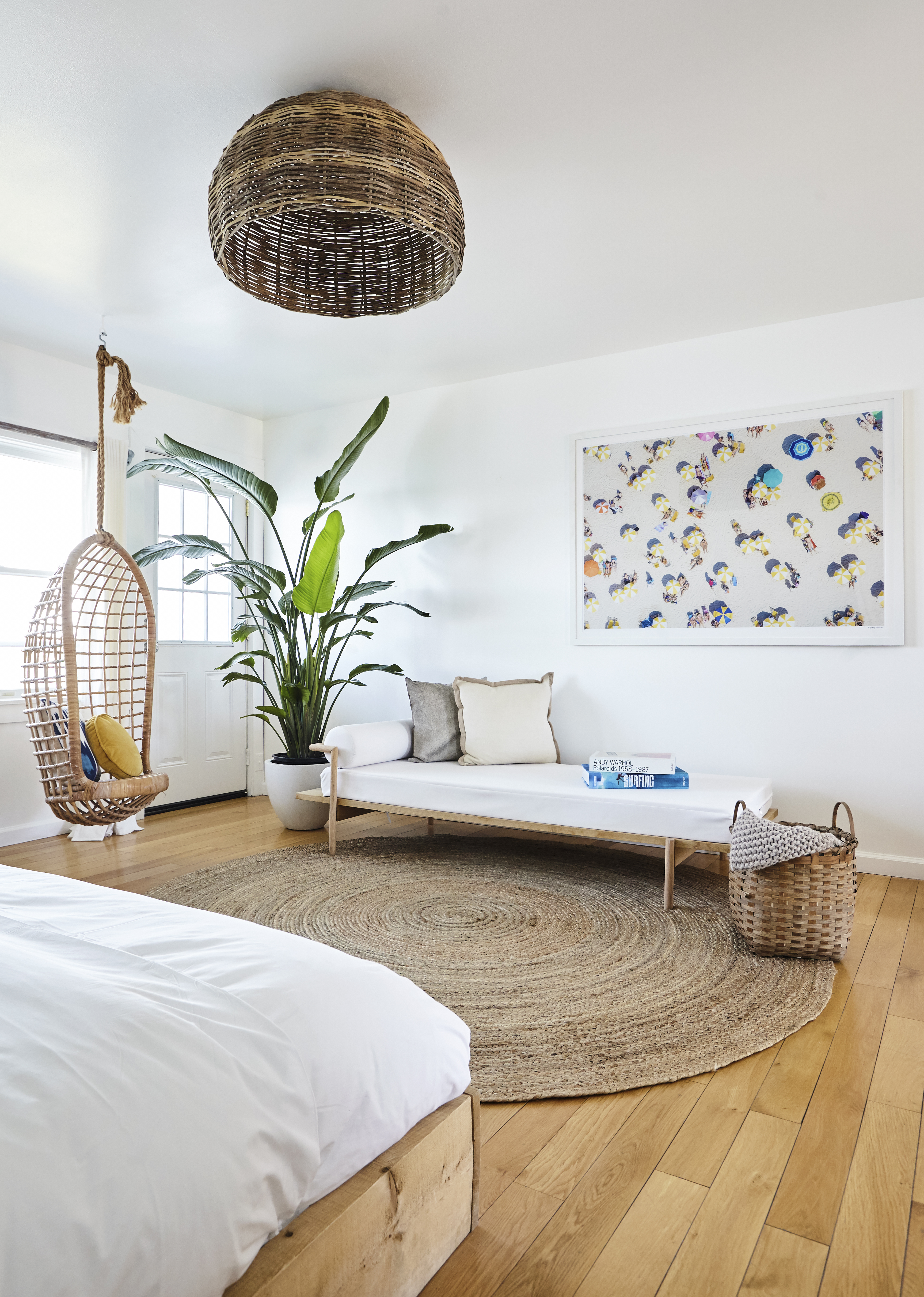 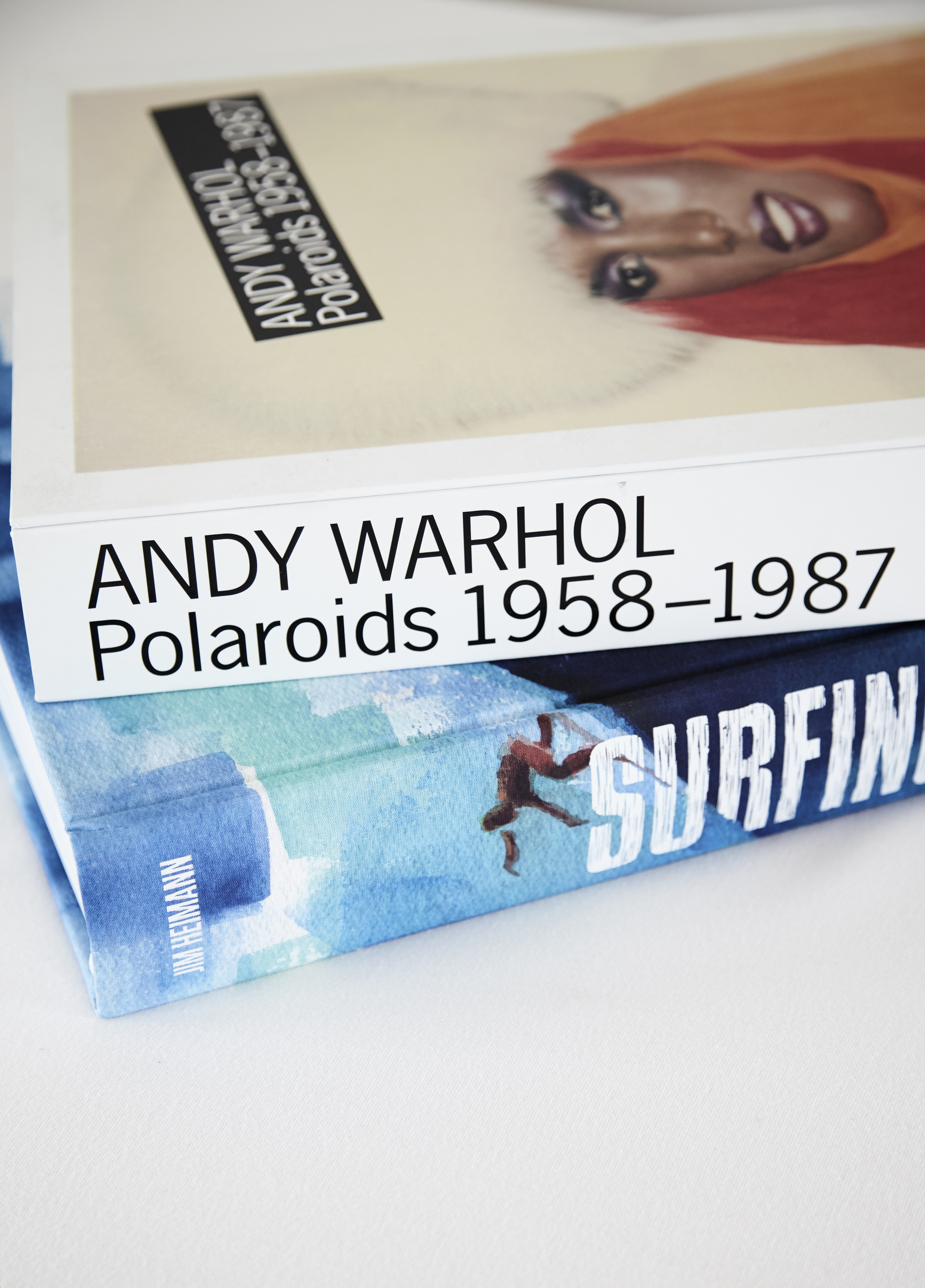 The comfortable rooms are stylish without being pretentious, with sweet touches such as a retro radio and a hammock out on the private balcony. Rooms like these invite you for a long restful sleep, but they also reflect a happy, energetic lifestyle, with brightly coloured cushions and curtains. Many guests will find it hard not to leave the peace and quiet of the bedrooms, but once out on the deck, a fully stocked bar awaits, with excellent cocktails to sip on while watching the sun set over the pond at the end of a day.

The outdoor area feels more like a beach shack in Bali than a hotel in North America. The interior lounge is decorated with surfing equipment. On the other hand, the restaurant is modern and well-lit, though also quirky, with a ceiling covered completely with hanging wicker baskets. This rustic touch continues in the bedrooms, with wicker hanging chairs and coffee tables. 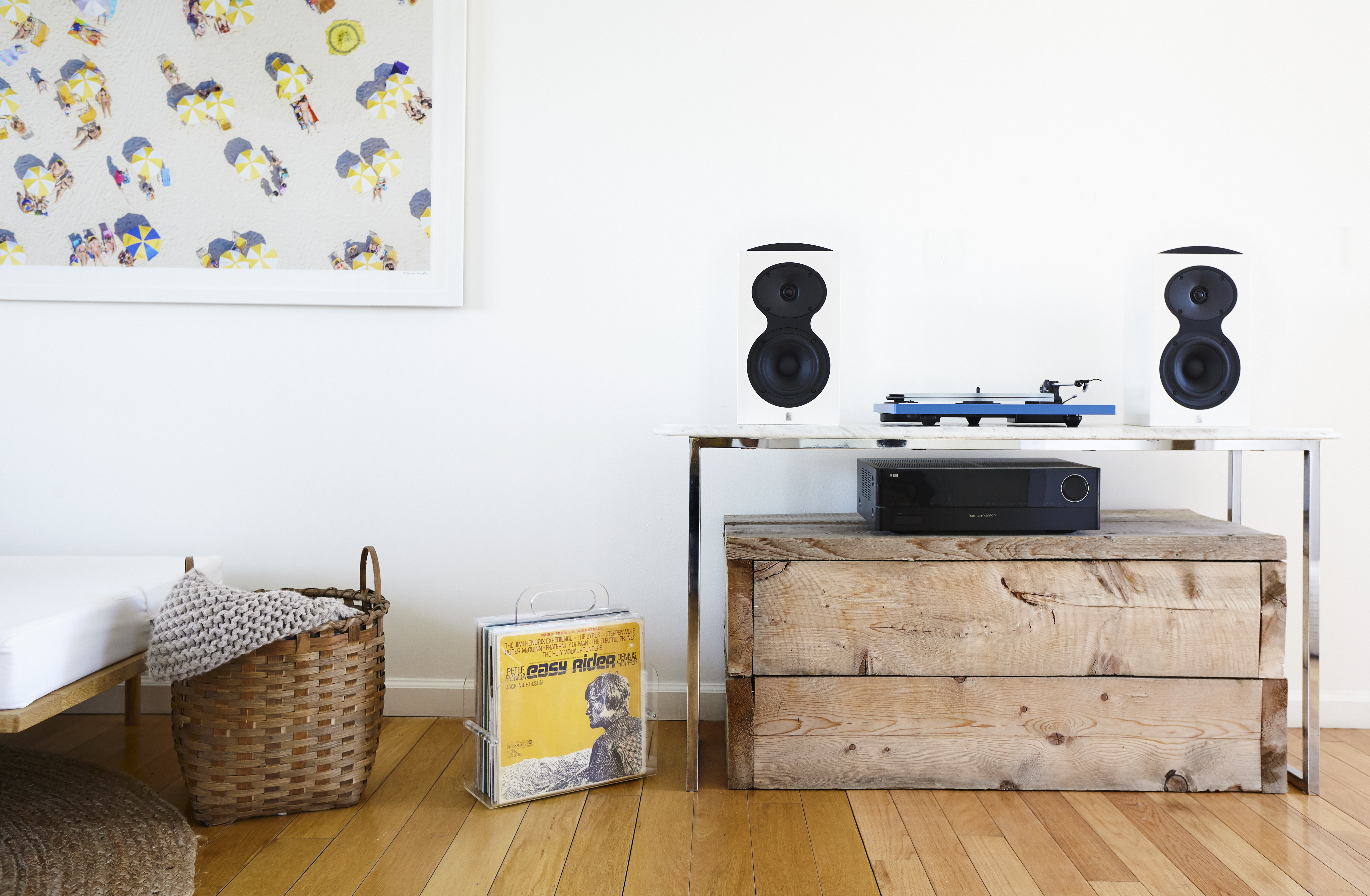 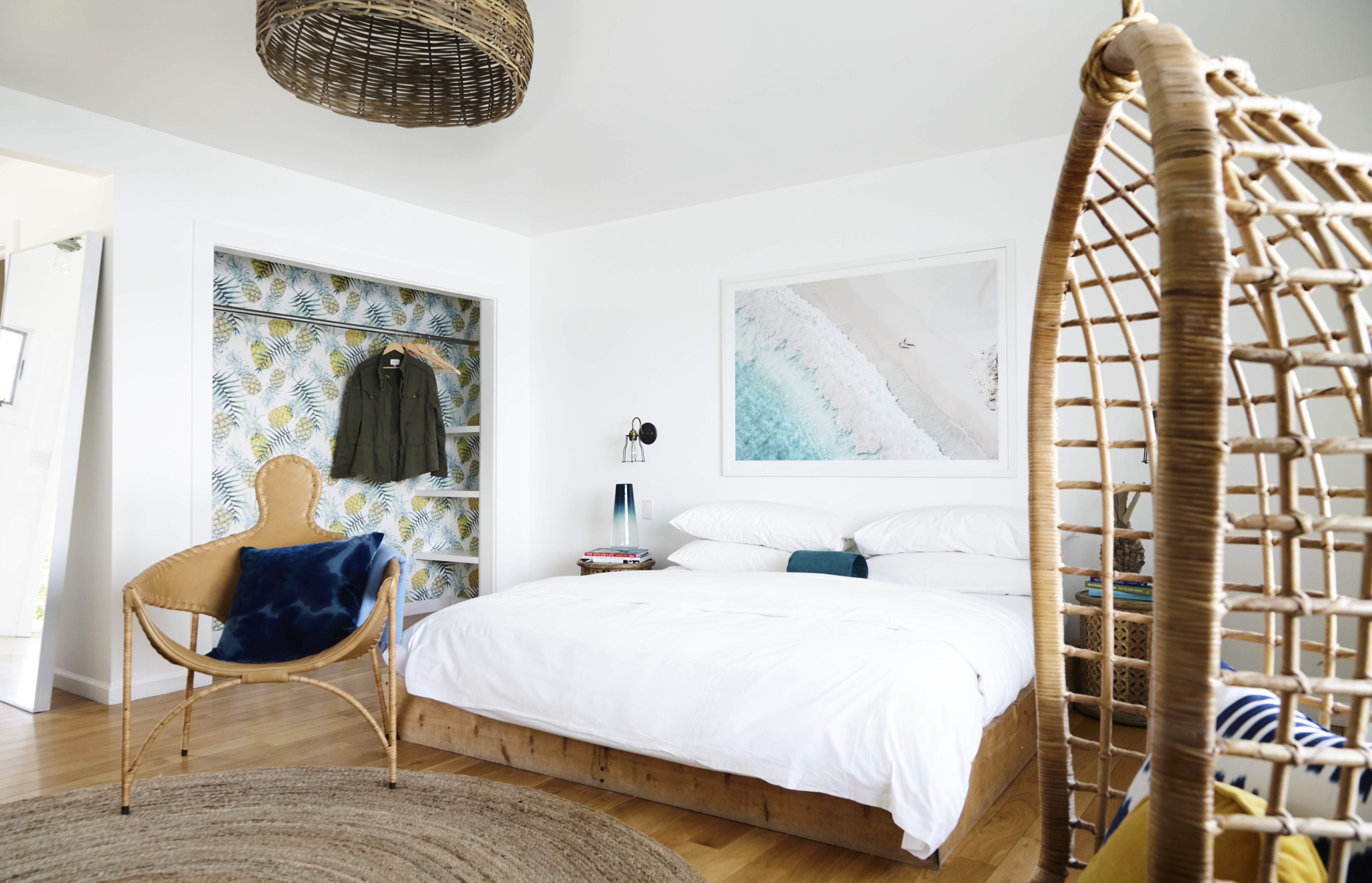 The signature restaurant, Byron, works with local fisherman to source the freshest and most seasonal ingredients, offering a truly unique dining experience. It’s a pleasure to eat the latest catch while sitting just a stone’s throw away from the water. 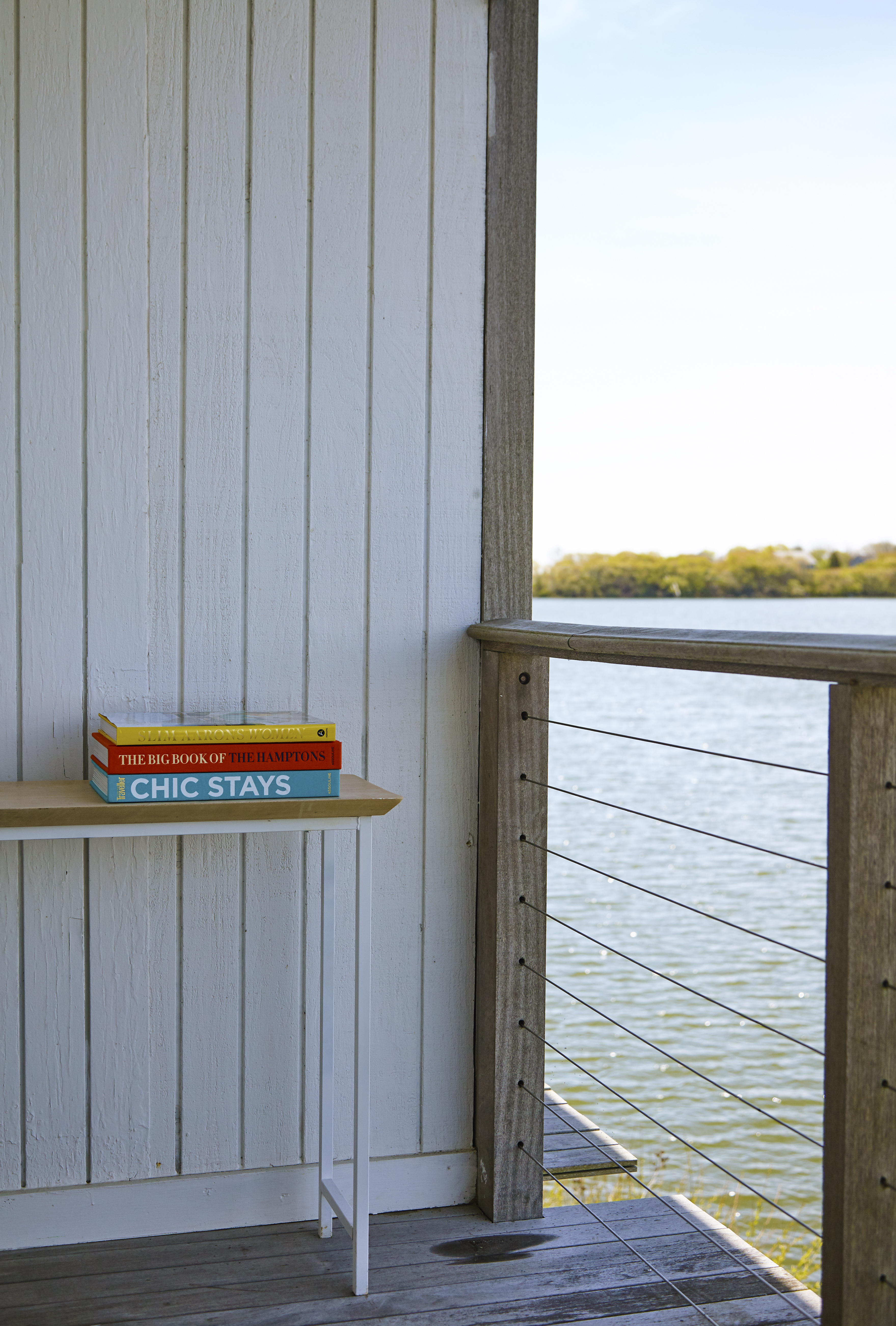 The Surf Lodge also happens to be one of the best night spots in the area. The bar is busy on a Friday and Saturday night, quite popular with a hipster crowd, and filled with friendly chatter into the early hours of the morning. The summer live music series features a rolling roster of fresh artists, such as Lupe Fiasco, as well as old friends, like Willie Nelson. Visual artists are also invited to exhibit at the Lodge, or even make a canvas out of it. In fact, artist Jen Stark completed a residency at the Surf Lodge during which she painted the colourful, melting rainbow mural on the hotel’s outer walls. 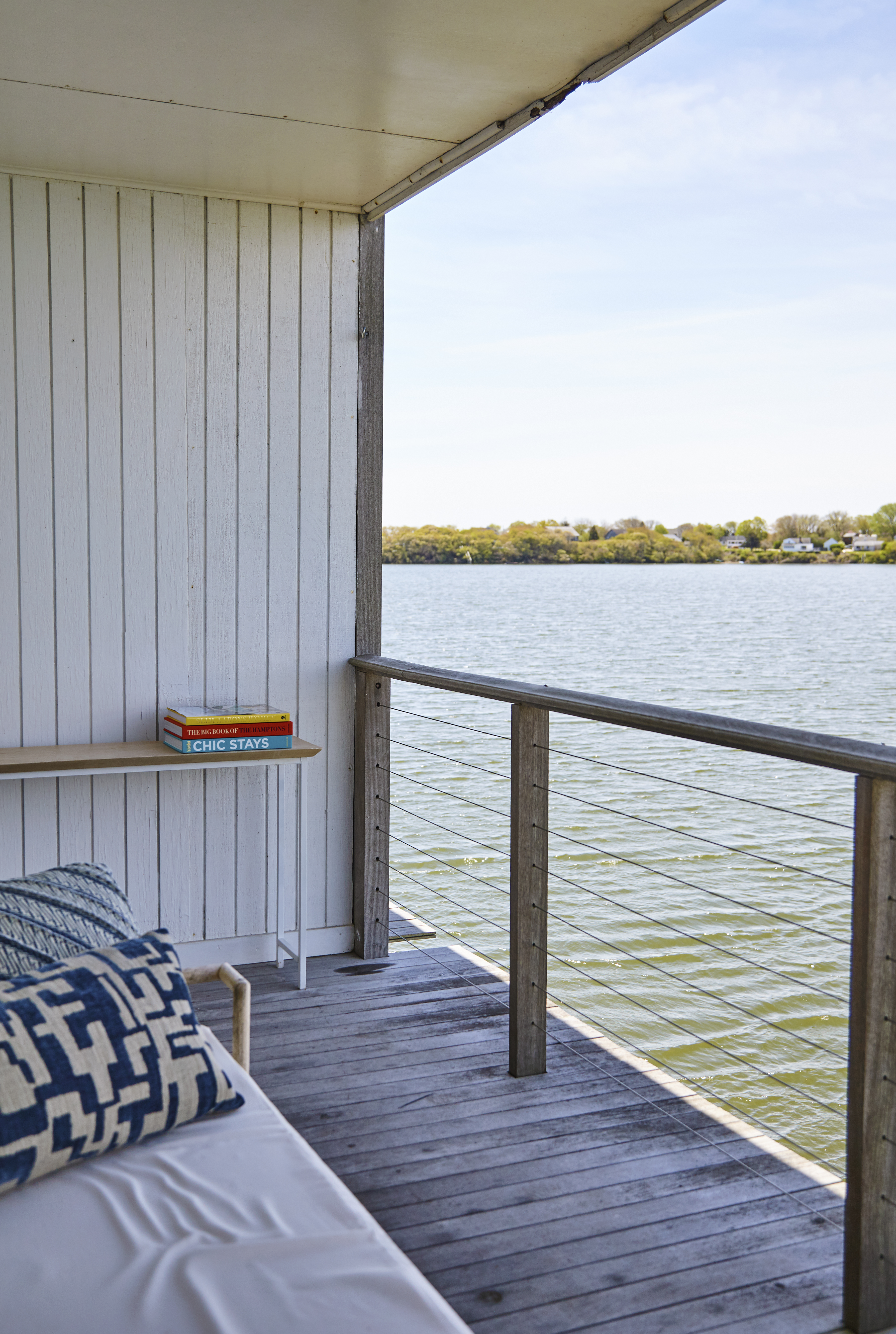 With its timeless character, relaxed vibe and beach side charm, The Surf Lodge has paid close attention to every detail to ensure a lovely stay in a vibrant atmosphere. Once you escape the city, you won’t want to leave.