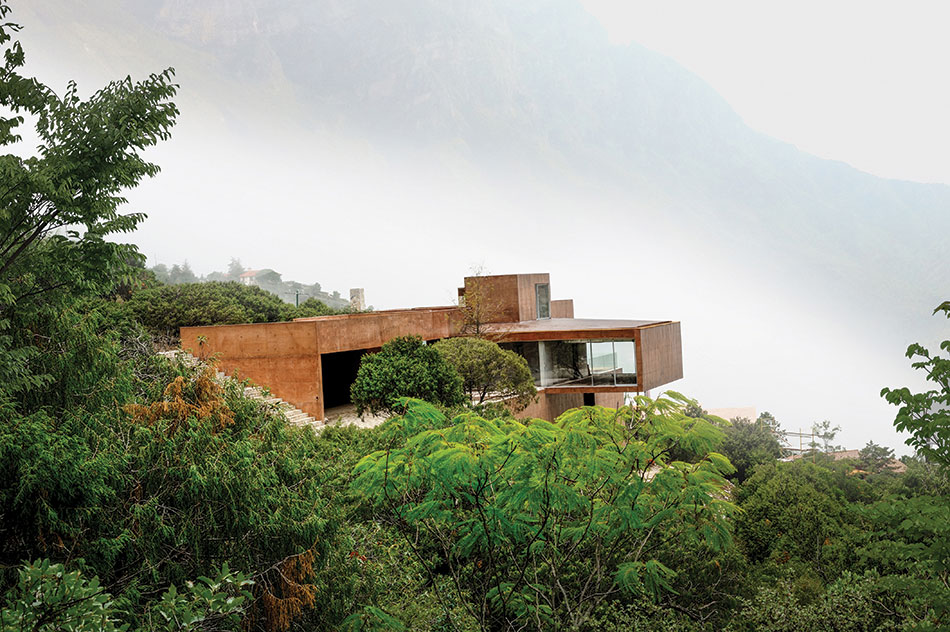 where tall mountains carve a valley for its inhabitants to settle. Here, the people live amongst the typical vegetation and wildlife. P+0 architectura cantilevers casa narigua over these breathtaking mountains.

This awesome home in the northern mountains of Mexico by Mexican firm P+0 Arquitectura is cast in orthogonal exposed concrete tinted to resemble the soil from the site – and, according to designboom, “so as to become almost a geological incident rather than a man-made feat”.

The clients wanted a house that was fully functional over one floor, without any steps. This “ground floor” needed to contain an indoor social area fully integrated with outdoor family terraces, a kitchen fully connected with the indoor and outdoor living and dining rooms, as well as a pool solarium that would flow into every space, including the master bedroom.

Each room needed to have generous views to the “gorilla peaks” – the two mountains that almost touch. The rest of the scheme had less restrictions in terms of form and connections, and was also a lot smaller.

A serious design challenge was posed with the site’s dense population of cedar trees. The feat was to design a house that enjoys the view of the mountains while respecting the existing ecosystem. Due to the horizontal growth of the trees that block the view, the only possible solution was for the architects to centre the concept of the home around lifting it above the ground to leave the ecosystem intact.

“The house is an interactive sculpture with planned spaces that hold as much functionality and beauty as those in between.”

Architect David Pedroza Castaneda says, ‘It took us two projects to come up with the final solution.

‘The first option was a more conservative scheme, partially excavated, in which the views from the private areas could be enjoyed through a screen of trees.

‘The clients suggested getting rid of the trees, which forced us to come up with the final scheme; a platform that rises the house over the tree tops. After a couple of months, some columns, walls and additional spaces were eliminated and we were courageous enough to propose the cantilevers that now give the building its distinctive image.

‘Once we decided to create a floating house, we were then faced with the challenge of making that structure work in the cleanest, most abstract way possible. That led us to a very slow process of using the walls as the structure or carefully placing the beams on top of the slabs to maximise the windows.’

Now, three volumes are stacked upon one another, while different shapes layered in various orientations form dramatic cantilevers and subsequent terraces, viewpoints, and vertically-communicative spaces.

The garage is located off the main road, in the ground level plinth. Here, the occasionally used “recyclable” storage rooms host furniture that can double as guest bedrooms, as well as a mechanical room that liberates the rooftop for a deck with 360-degree views.

The next floor up is where the main entrance area for visitors, the master suite, and the staircase leading down to the lower level are located. Above this, the kitchen, dining, and living areas enjoy amazing scenery and access to one of many outdoor terraces and decks.

An intricate play between thickened walls, flat roofs, ethereal windows and heavy timber beams found in traditional Mexican architecture allow inhabitants to experience each face of every form, while the glimpses of the external scenery via the transparency of the glass become a fact of everyday life. The material palette inside also recalls a rustic, timeless appearance, however abstracted into modernity it is. Antiques sit beside contemporary furniture, while paintings, masks and sculptures draw attention and create interest.

“The glimpses of the external scenery via the transparency of the glass become a fact of everyday life.”

‘The clients wanted to keep some antiques that were in the family for decades and a lot of traditional Mexican handcrafts. We decided that the ultra clean, hyper stylised look would be a mistake and opted for a neutral, rustic image that welcomed the family’s belongings and the artwork that would later be included around the house. To fulfil this, we chose furniture pieces that, even with its clean lines, were made of wood, rusty metals, leather and other materials that had enough personality to become timeless.’ 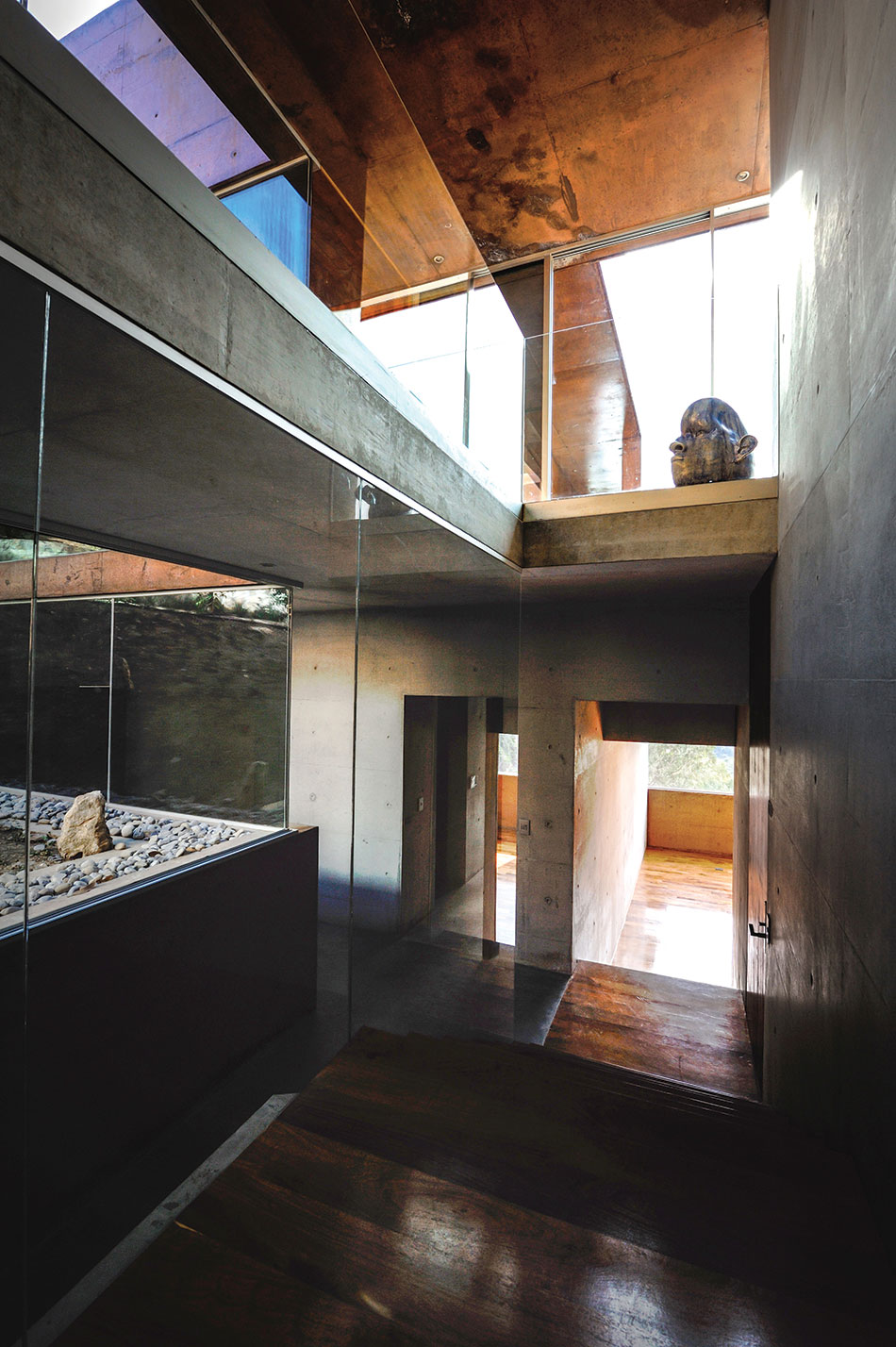 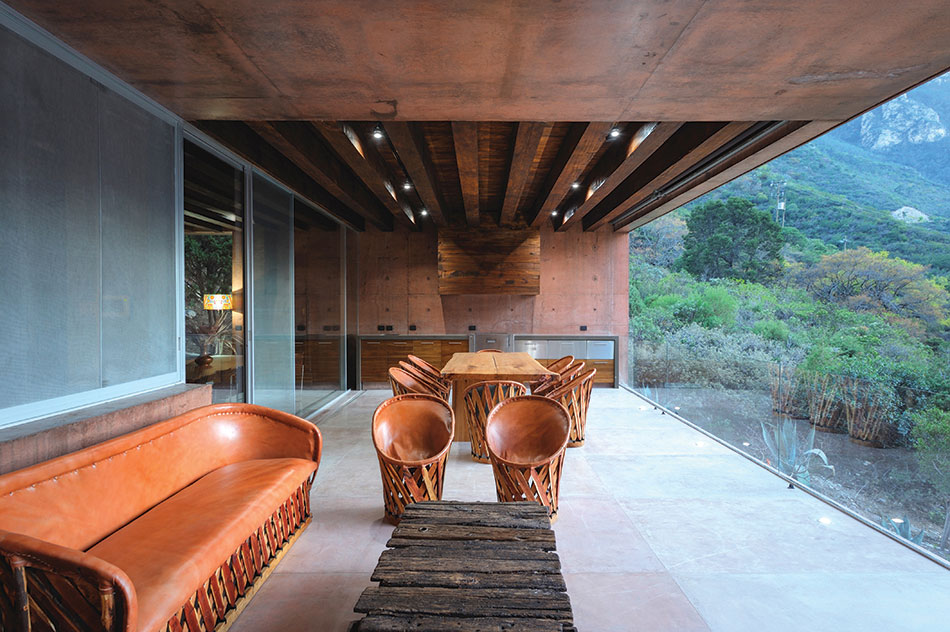 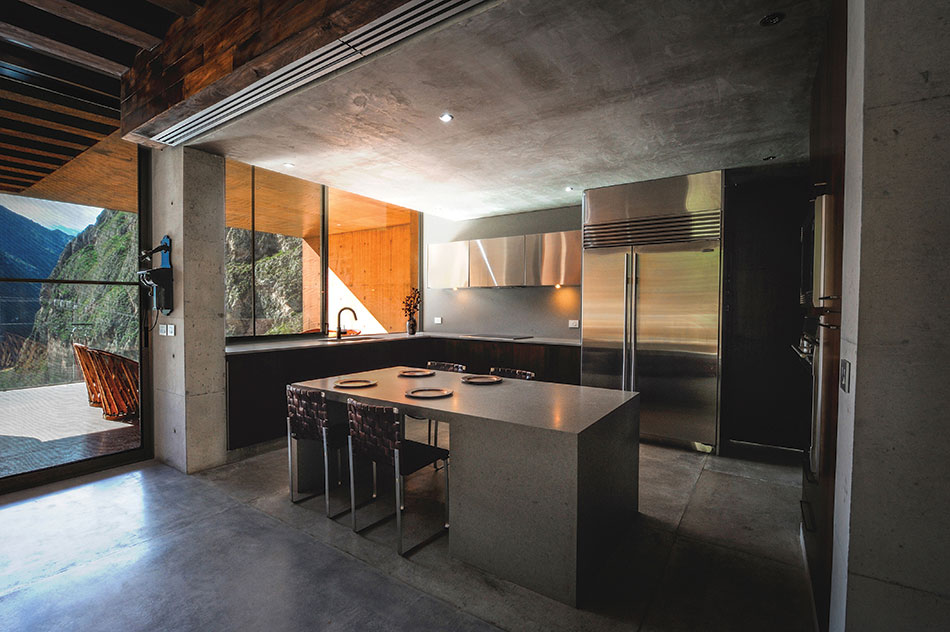 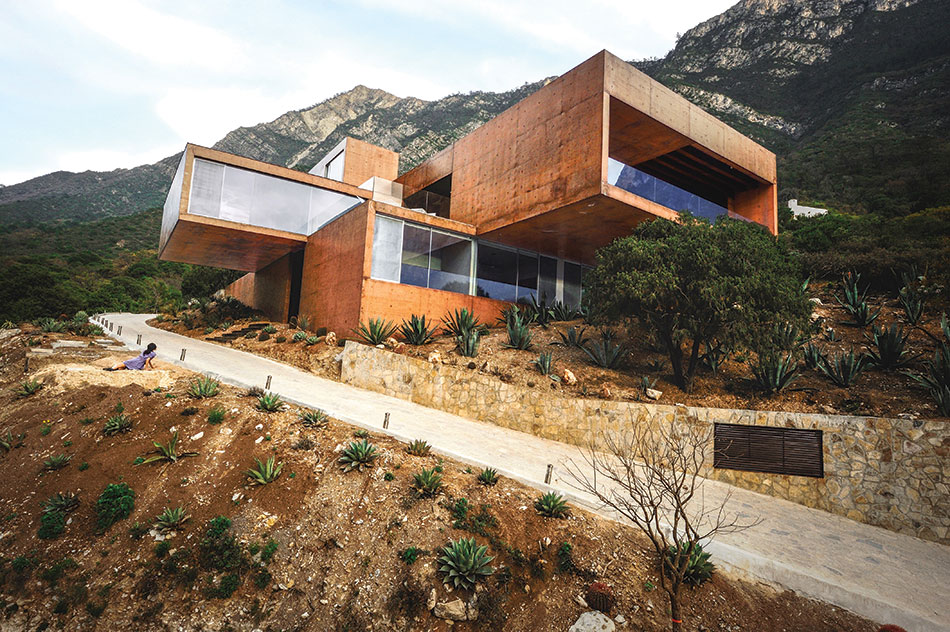